A third fire station will be built in northwest Hays at 1732 West 41st Street beginning in March 2023 . It’s scheduled to be completed in May 2024 and become the new headquarters of the Hays Fire Department. (Artist rendering courtesy Hays Fire Department)

A third fire station will be built in northwest Hays on West 41st Street starting next spring and will become the new headquarters of the Hays Fire Department.

It’s something that’s been discussed by the city since the mid-1990s.

Opened in 1974, the main Hays fire station is at 1507 Main, on the north side of city hall. The entire structure is in the flood plain. (Photo by Becky Kiser/Hays Post)

The current fire station opened in 1974 in downtown Hays at 1507 Main. 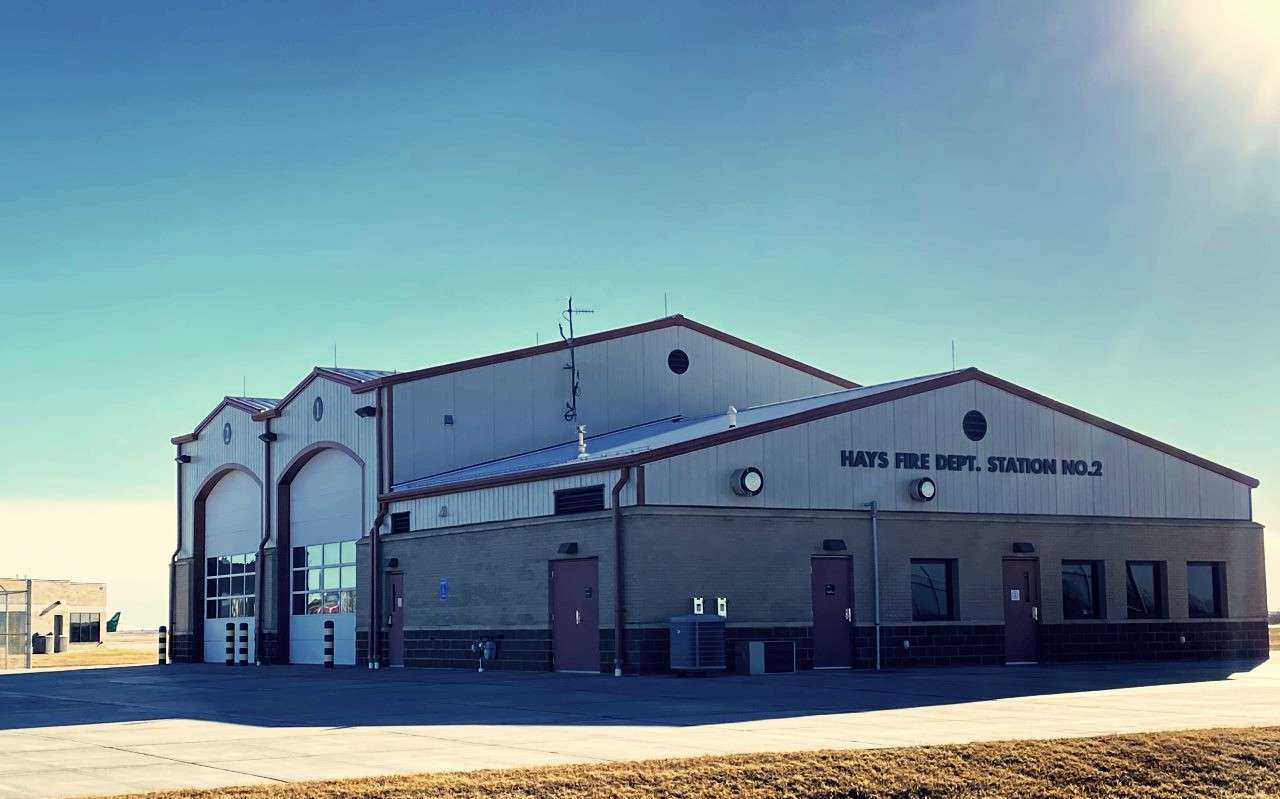 The city has another fire station, built in 2010, at the Hays Regional Airport. It is not staffed full-time. The Federal Aviation Administration (FAA) requires Aircraft Rescue and Fire Fighting (ARFF) services, using specialized equipment, at Part 139 airports during air carrier flight arrivals and departures. 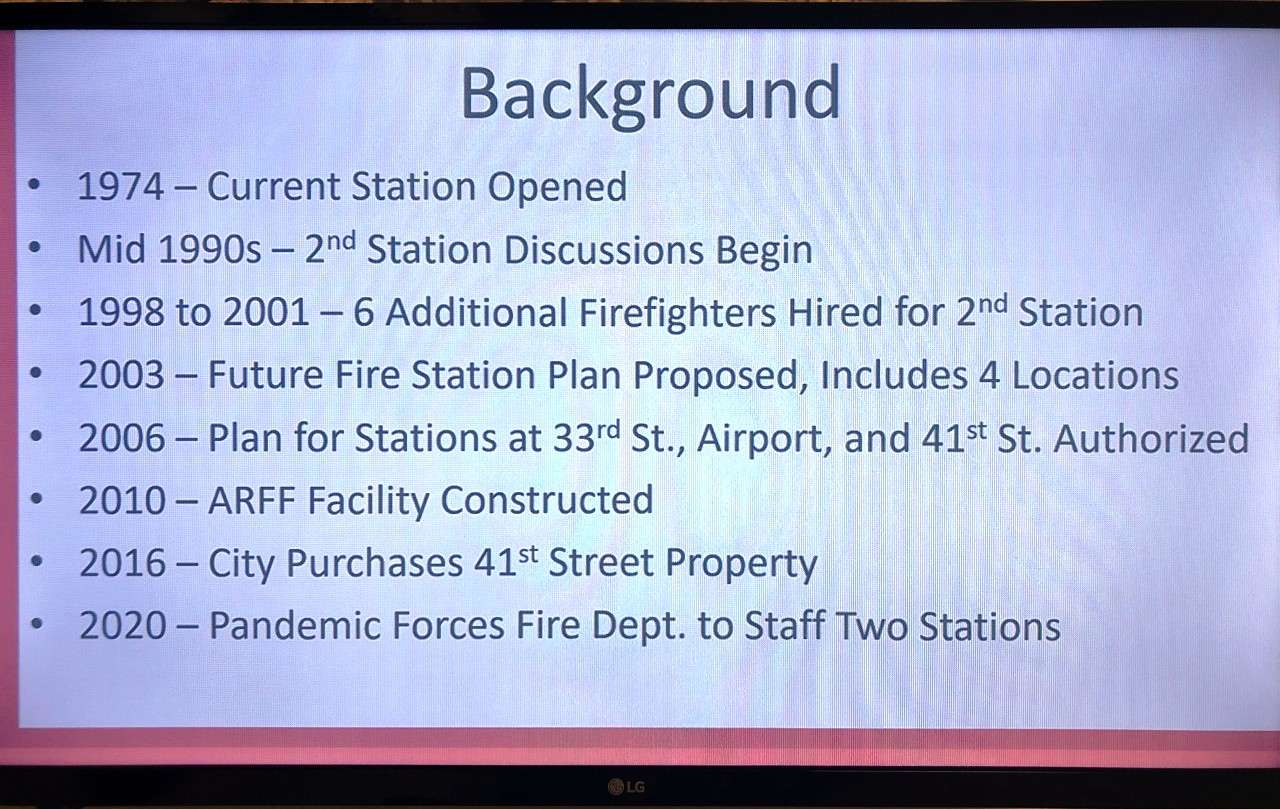 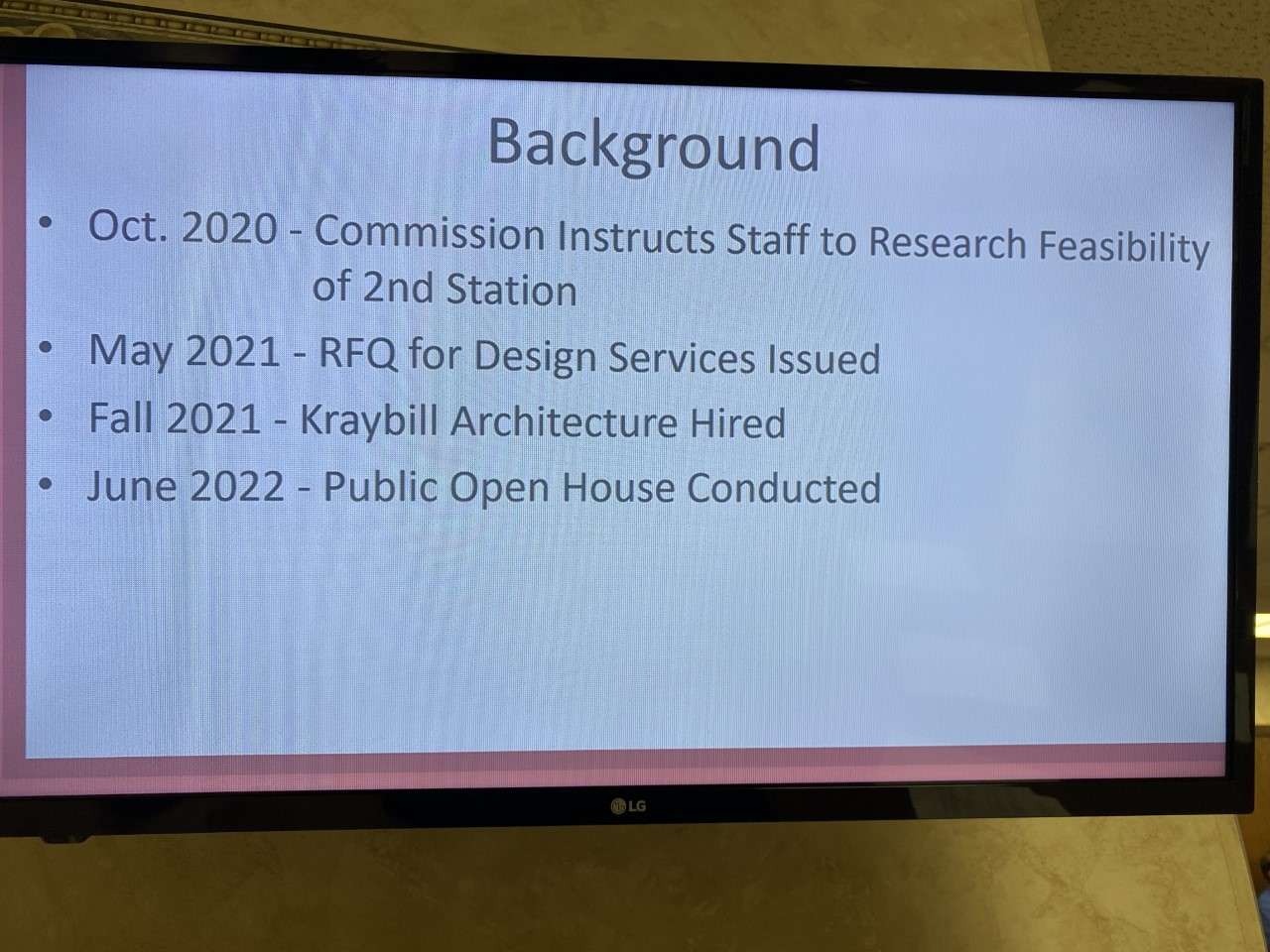 “The funding for this project is
from the Ellis County quarter-cent sales tax. Collections have been healthy the
last two years and so now that’s projected to bring in $11.7 million in
revenue. So while the project is more than expected, the increased revenue
is  off-setting,” Bielser explained.

The construction cost plus the cost of design, brings the project to $5,704,450.

The bid does not include outfitting the new fire station. Staff will return to the commission at a later date seeking authorization for furniture, fixtures, and equipment, plus IT expenses.

Included in the project will be a remodel of the downtown station will be to be gender inclusive. A door will be added to each bunk room and a female locker room and restroom will be constructed.

Although there are currently no female firefighters on the force, there have been in the past, according to Chief Ryan Hagans. 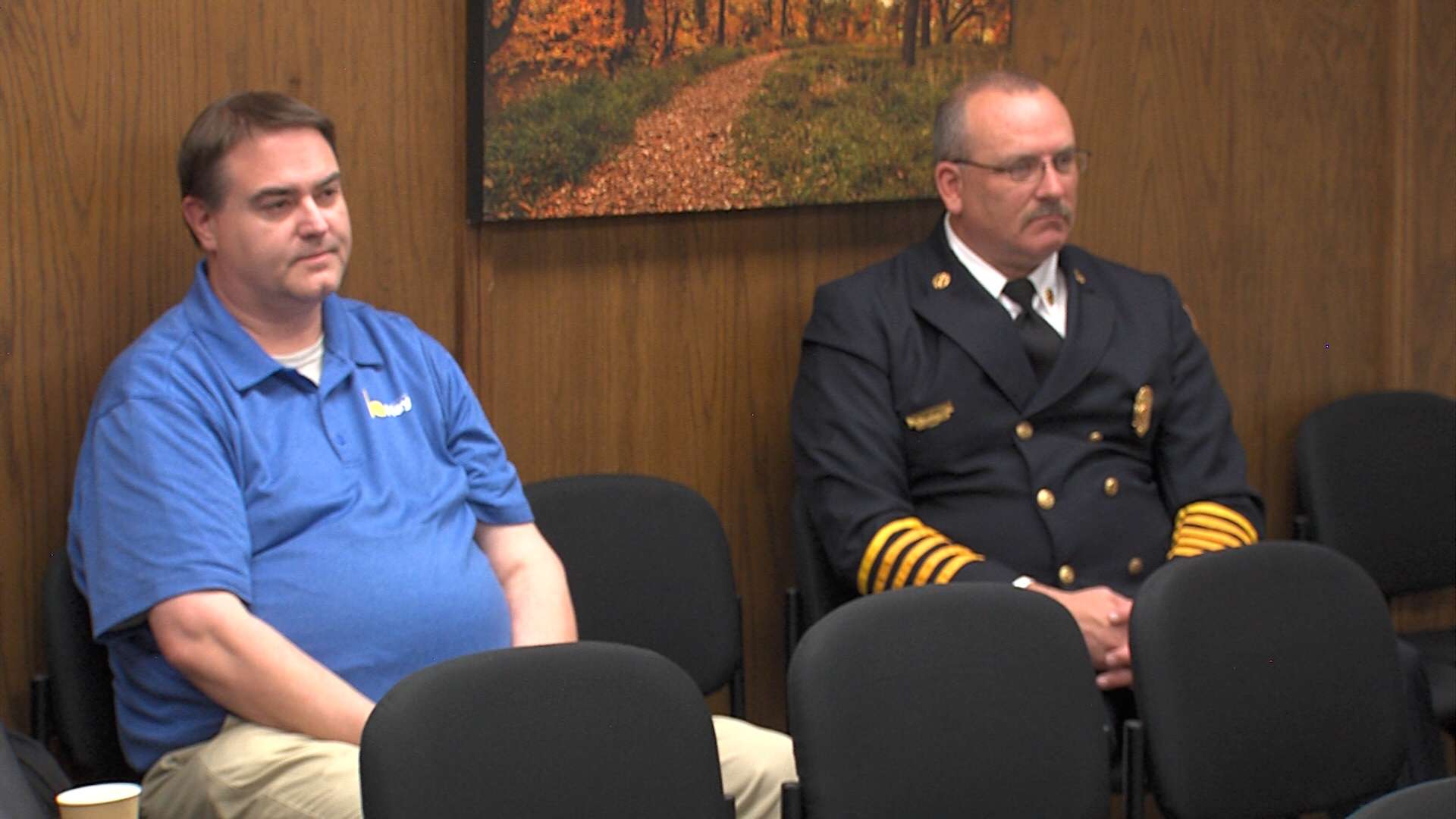 Chad Ruder, Hays IT director, and Ryan Hagans, Hays fire chief, listen to the discussion of the bid award for a third fire station in the city. (Photo By Becky Kiser/Hays Post)

The information technology data server room equipment in city hall (in the south side of the fire station facility)will be relocated to the new fire station which is outside of the floodplain.

IT Director Chad Ruder confirmed to the commission the IT room has been flooded several times in recent history.

Most of the city’s residential and business growth the past 10-15 years has been to the northwest or north of Interstate 70, making the need for a fire station in that area become more apparent.

The work will begin this March and be completed in May 2024.

This post was contributed by a community member. The views expressed here are the author's own.Are you interested in a career in the growing field of … END_OF_DOCUMENT_TOKEN_TO_BE_REPLACED

After ‘The Voice’ and BET, two Mississippians give one last concert before heading to L.A. Published 6:45 am Monday, January 30, 2023 … END_OF_DOCUMENT_TOKEN_TO_BE_REPLACED