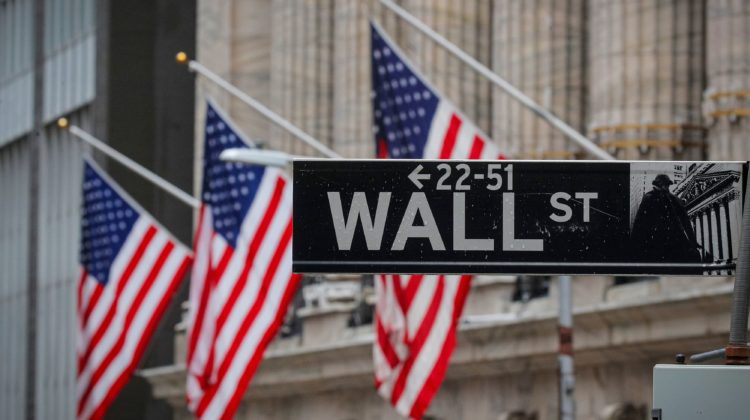 Here are the most important news, trends and analysis that investors need to start their trading day:

1. Stocks set to open flat after Dow closes at another record

On Wednesday’s economic calendar, the Commerce Department is set to issue January retail sales at 8:30 a.m. ET, one hour before the opening bell. Economists expect a 1.2% increase after a 0.7% December decline. At the same time, the Labor Department’s January look at producer prices is seen rising 0.4% after a 0.3% gain in December.

Bitcoin smashed through $51,000 to hit a new all-time high Wednesday. Major financial companies appear to be warming to bitcoin, while Tesla and other firms have also shown support for the cryptocurrency. Bitcoin’s latest rally is reminiscent of its massive ascent to nearly $20,000 in 2017, which was followed by an 80% plunge the following year. However, the world’s biggest cryptocurrency did stage a fierce comeback since, more than quadrupling in 2020 and gaining over 70% since the start of this year.

Warren Buffett‘s Berkshire Hathaway bought stakes worth $4.1 billion in Chevron and $8.6 billion in Verizon shares during the fourth quarter, according to the conglomerate’s latest 13-F filing with the SEC. Berkshire also sold its stakes in drug maker Pfizer and JPMorgan Chase, while trimming its Wells Fargo position. While still its biggest holding, Berkshire continued to trim its lucrative Apple stake, cutting it by about 6%. Four times a year, investors file their long positions with the government. The information is released to the public 45 days after each quarter ends.

SpaceX CEO Elon Musk stands at the base of a Starship rocket prototype at the company’s facility in Boca Chica, Texas.

SpaceX completed another big equity funding round of $850 million last week, people familiar with the financing told CNBC, sending the company’s valuation skyrocketing 60% from its previous raise in August to about $74 billion. Elon Musk, who also co-founded Tesla, saw insiders and existing investors in his commercial space company selling an additional $750 million in a secondary transaction, one of the people said. SpaceX did not immediately respond to CNBC’s request for comment on this report.

5. Millions in Texas still without power as new storm hits

Pike Electric service trucks line up after a snow storm on February 16, 2021 in Fort Worth, Texas. Winter storm Uri has brought historic cold weather and power outages to Texas as storms have swept across 26 states with a mix of freezing temperatures and precipitation.

Millions of residents in Texas were still in the dark Wednesday with no indication when their service might return as another winter storm moved across the southern part of the nation. In all, between 2 million and 3 million customers in the energy capital of the U.S. had no power two days after historic snow and single-digit temperatures created a surge in demand for electricity for heat.

Wholesale power and natural gas prices soared in recent days. However, natural gas futures dropped early Wednesday. U.S. oil prices kept up their advance Wednesday, gaining more than 1% and pushing above $61 per barrel, levels not seen since the early days of the coronavirus pandemic.

— The Associated Press contributed to this report. Follow all the developments on Wall Street in real time with CNBC Pro’s live markets blog. Get the latest on the pandemic with our coronavirus blog.

Email service Outlook appears to be suffering an outage, predominantly affecting users in the United States.According to data from DownDetector, … END_OF_DOCUMENT_TOKEN_TO_BE_REPLACED

Virtual reality accessibility has gone from strength to strength in recent years, with Oculus VR leading the pack thanks to its all-in-one, … END_OF_DOCUMENT_TOKEN_TO_BE_REPLACED

“Certification can be a tool in the toolbox, but don’t be limited by that,” Dr. Miller said. “It’s about choices, and travelers do have the … END_OF_DOCUMENT_TOKEN_TO_BE_REPLACED