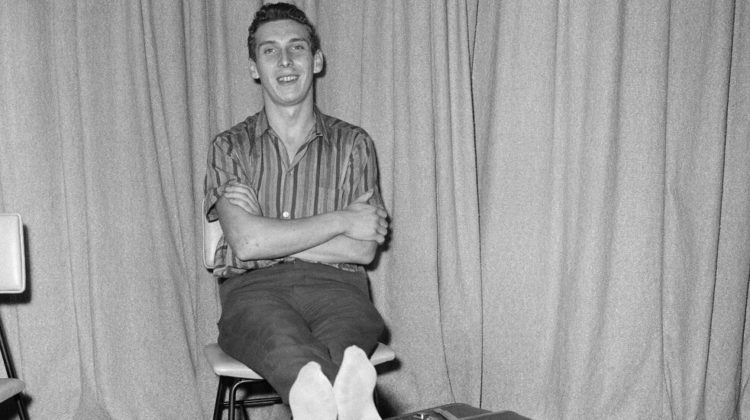 By then, Mr. Robson had in fact made two friends, both Irishmen working for Victorian Railways. They decided to pretend he was a mainframe computer, since those were expensive and delicate — important enough to make people heed labels that said “This Side Up.” Around 11 months after he’d first arrived in Australia, Mr. Robson climbed into the crate with his supplies: a hammer, a suitcase, a pillow, a liter of water, a flashlight, a book of Beatles songs and an empty bottle he said was “for obvious purposes.”

He said he did not take any food. “I certainly wouldn’t wish to go to the toilet whilst staying in a crate for five days,” Mr. Robson said.

Before departure, his friends asked whether he was sure he wanted to ship himself more than 10,000 miles in a crate.

“It’s too late now to change my mind,” he recalled saying. About 10 minutes later, a truck took the crate to the airport.

If all had gone according to plan, he would have walked free around 36 hours later. Once loaded off the plane, he would hammer out one side of the crate, he said, and “walk home, basically,” at night.

“There wasn’t a great deal of security in London airport back then,” he said. He wasn’t seeking publicity, he added. “All I wanted to do was to get back to the U.K. and disappear into the other 17 million that lived here and nobody would ever know it happened.”

But well after 36 hours, he was still in the crate. The pain hit him just two hours in. In Sydney, he was flipped upside down for 23 hours. He was placed upright on the next flight, which, instead of going to London, was diverted through Los Angeles.

Marion Technical College has wrapped up its month-long UpSkill-A-Thon competition. MTC collaborated with Microsoft Philanthropies to launch the … END_OF_DOCUMENT_TOKEN_TO_BE_REPLACED

Knox College is currently responding to a system disruption caused by ransomware. A statement provided Friday by Knox College Vice President of … END_OF_DOCUMENT_TOKEN_TO_BE_REPLACED