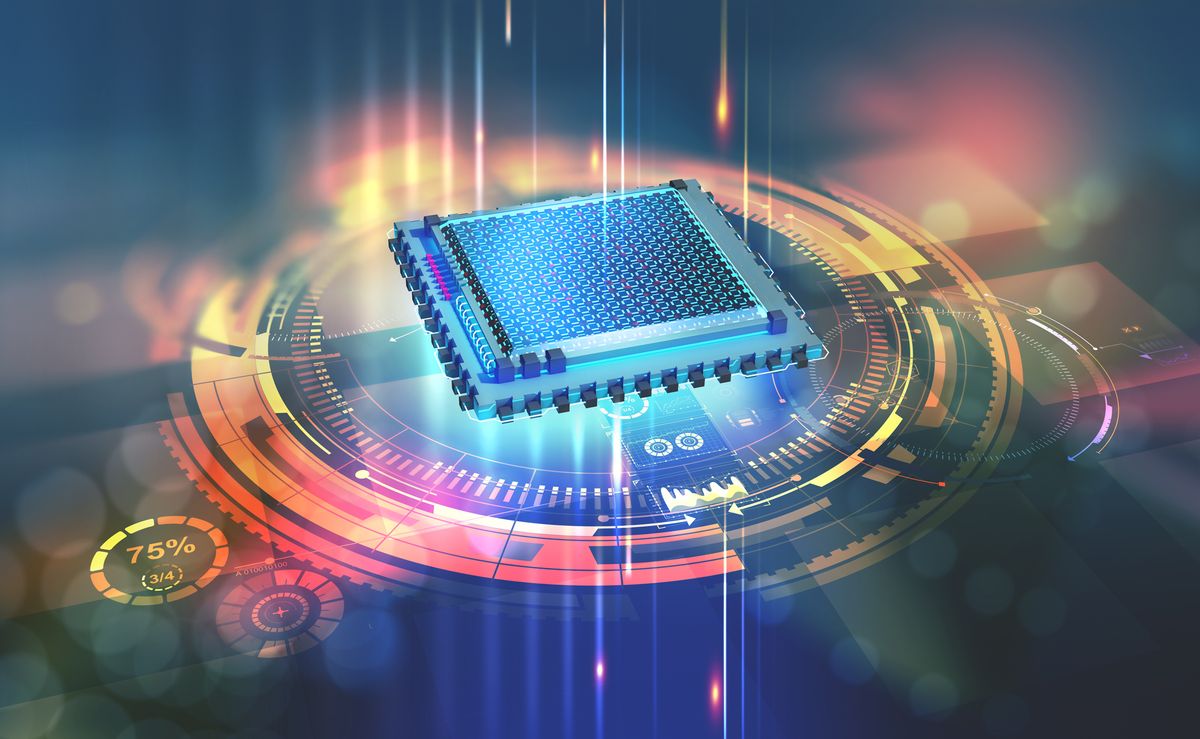 The new code could be used to build quantum computers that live up to the promises of lightning-fast processing time and the ability to solve more complex problems than traditional computers could handle. So far, only two computers have reached “quantum supremacy,” or the ability to complete a quantum calculation faster than the fastest supercomputer. But neither of those computers used error correction codes that will be necessary to scale up quantum computing for widespread, reliable use, the researchers on the new study said.

Regular computing depends on “bits,” which are like switches that can toggle between the “on” or “off” position. The position of the bits encodes information. Quantum computing adds a layer of complexity by taking advantage of the fact that at very, very small scales, physical properties get weird: Qubits, the quantum versions of bits, can be both on and off at the same time, a state called superposition. Qubits can also become entangled, meaning that even though they’re not physically in contact, the state of one impacts the state of the other. What this means is that quantum computers can encode information in more complex ways by storing information in these weird quantum states. Qubits can be made of multiple different kinds of quantum particles, and information can be encoded across a network of qubits so that damage to a single qubit won’t destroy the information.

There’s a catch, however. Qubits are sensitive to environmental disruption, and so they’re prone to error. These errors limit the efficiency of quantum computing, which is one reason the field is still in its infancy, study lead author Pablo Bonilla Ataides, an undergraduate student at the University of Sydney, said in a statement. Bonilla led development of the new code as part of his second-year physics project. Google, IBM and other academic and industry groups are working to build quantum computers, but they’re experimental thus far.

“We’re really just working out how to put the pieces of quantum computers together in such a way that if they go wrong —— and they are going to go wrong —— the quantum computer will still work out in the end,” said Benjamin Brown, a study co-author and quantum physicist at the University of Sydney.

Bonilla and Brown, along with their colleagues, figured out a coding tweak to correct the errors that make quantum computers unreliable. The change involves a specialized code that corrects errors that are known to be more common that other types, Brown told Live Science.

In a classical, non-quantum computer, bits encode information with a series of 0s and 1s. The only type of error that can occur in this system is a “bit flip” error, in which a 1 turns into a 0 or vice versa. These errors are quite rare in traditional computing.

Bit flip errors occur in quantum computing, too. But because qubits are more complex than traditional bits, they can also have more complex errors. Another common type of error in quantum computing is the dephasing error. In this case, the value of the information switches from positive to negative or vice versa. Sticking with 0s and 1s (though quantum systems aren’t actually binary like traditional computers), this would be like a positive 1 flipping to a negative 1. These errors can happen for lots of different physical reasons, Brown said. Qubits might change their angular momentum, or spin. They might become disentangled with one another, or inadvertently entangle with the outside world. Whatever the cause, the result is a loss of information.

“If some of the bits start flipping from the state you’re supposed to be in to a different one, it’s going to give you the wrong answers in the end, and it’s not going to be much use,” Brown said.

The new code doubles the error suppression compared with the previous error correction code, Bonilla said in the statement. The researchers achieved this in a surprisingly simple way: They simply rotated the coordinates on every other qubit in the system. If each qubit were a sphere, and each piece of information encoded in the qubit were a point on that sphere, the code would rotate half the spheres so that down was defined as up and up was defined as down. This structure protects the information from dephasing errors while also maintaining protection from bit flip errors.

The researchers are now collaborating with scientists at Yale University and Amazon Web Services who are developing qubits that work well with this type of code, Brown said.

“We’re hoping to push it forward to really help build a quantum computer,” he said.

The researchers described their new study April 12 in the journal Nature Communications.

The excellent 20-year collaboration between FC Bayern and Deutsche Telekom (DT) has been extended to 2027. The two partners will keep delighting … END_OF_DOCUMENT_TOKEN_TO_BE_REPLACED