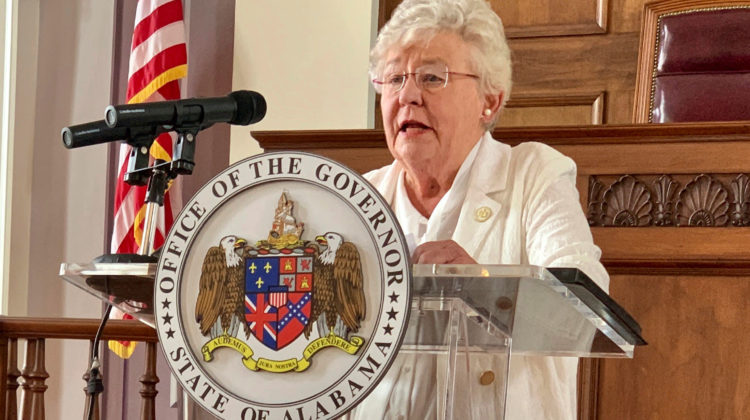 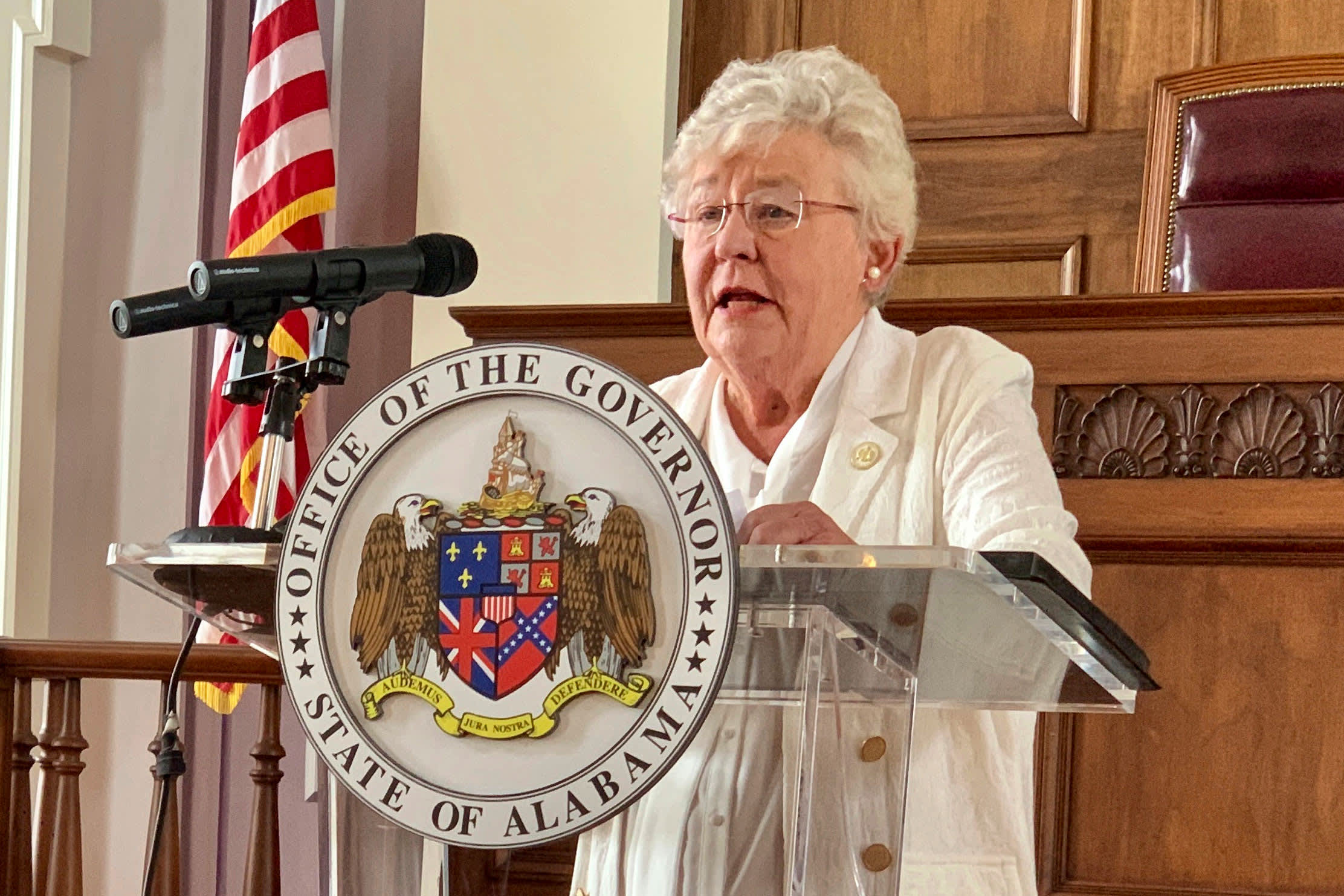 Alabama Gov. Kay Ivey announces the extension of a state order requiring face masks in public during a news conference in Montgomery, Ala, July 29, 2020.

Alabama plans to on April 9 lift a statewide order requiring people to wear masks in public, even as Gov. Kay Ivey extends the state’s health emergency proclamation for Covid-19 by 60 days.

“Let me be abundantly clear, after April 9, I will not keep the mask order in effect,” Ivey said Thursday.

Ivey extended the mask order and other health measures that were set to expire March 8 to give businesses enough time to institute their own policies, she announced at a news conference. The governor urged residents to continue wearing face coverings, even though the state will no longer mandate them.

“While I’m convinced a mask mandate has been the right thing to do, I also respect those who object and believe this was a step too far in government overreach,” Ivey said.

The state’s extended “Safer at Home’ order, which now runs through April 9, will allow restaurants and bars to operate without party size limits, though the tables must adhere to additional sanitation rules and remain 6 feet apart.

According to the order, senior citizen centers will also be allowed to resume activities outside and hospital and nursing homes can welcome an additional visitor at a time. The state’s public health emergency proclamation now expires May 7.

The governor noted that the state’s hospitals have reported a 77% drop in their weekly average number of daily Covid patients, roughly 686 people, since reaching a peak in mid-January. While Alabama is heading in “the right direction,” Ivey said the extended order will give the state more time to give residents their first dose of a vaccine.

According to recent data from the U.S. Centers for Disease Control and Prevention, just over 674,800 Alabama residents have received at least one dose of a vaccine — nearly 14% of its total population.

The Republican governor’s decision to lift the state’s mask mandate comes just days after both Texas and Mississippi announced similar moves on Tuesday. President Joe Biden and top U.S. health officials have criticized the decision, however, calling it a “big mistake.”

“We are on the cusp of being able to fundamentally change the nature of this disease because of the way in which we’re able to get vaccines in people’s arms. … The last thing, the last thing we need is Neanderthal thinking, that, ‘In the meantime, everything’s fine. Take off your mask. Forget it.’ It still matters,” Biden told reporters Wednesday.

Correction: This article was updated to correct the date that the Safer at Home order runs through. It expires at 5 p.m. on April 9.

[ad_1] Superconducting quantum computers are huge and incredibly finicky machines at this point. They need to be isolated from anything that might … END_OF_DOCUMENT_TOKEN_TO_BE_REPLACED