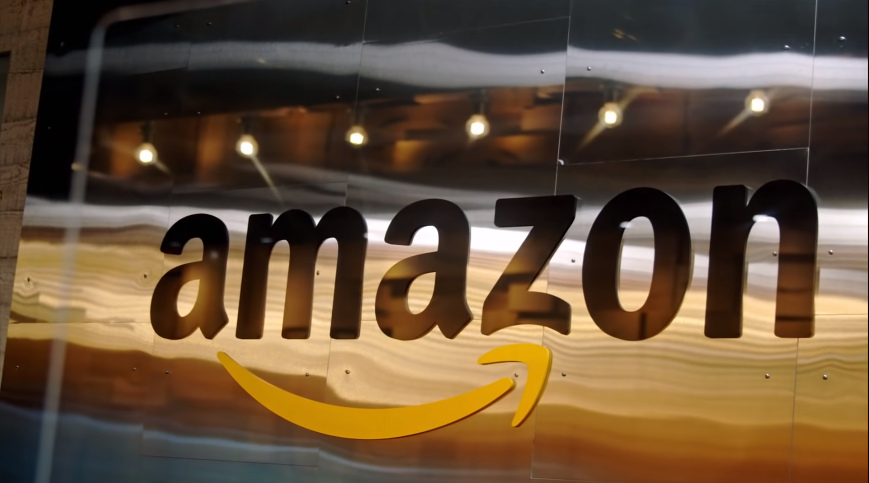 Amazon.com Inc. boomed last year thanks to COVID-19 spurring both a consumer rush to buy online and a business imperative to move operations to the cloud — and not even the easing of the pandemic in some parts of the world has slowed its momentum.

That was apparent today when the retail and cloud computing giant reported first-quarter results that blew away expectations. It earned a profit of $8.1 billion, or $15.79 a share, more than triple the $2.5 billion in earned a year ago, even in what’s traditionally a slower quarter following the holidays. Revenue jumped 44%, to $108.52 billion, thanks to strength both in retail and in cloud computing.

Analysts polled by FactSet had forecast on average that the Seattle-based company would earn a profit of $9.54 a share on revenue of $104.5 billion. Amazon itself had forecast sales of $100 billion to $106 billion and operating income of $3 billion to $6.5 billion.`

rate business competing against the world’s largest technology companies, and its growth is accelerating — up 32% year over year,” he said. “Companies from Airbnb to McDonald’s to Volkswagen come to AWS because we offer what is by far the broadest set of tools and services available, and we continue to invent relentlessly on their behalf.”

Amazon’s stock rose more than 3% in after-hours trading following the earnings report. It had risen a fraction of a point in regular trading, to $3,471.31 a share. Shares are up 46% from a year ago.

As usual, Amazon’s cloud computing unit Amazon Web Services Inc. produced most of the overall company’s profit. It earned an operating profit of $4.16 billion, up 35% from a year ago. That sum constituted 47% of Amazon’s overall operating profit.

The positive results come despite intense competition in cloud computing from Microsoft Corp., Google LLC and others. In February, Amazon said AWS CEO Andy Jassy will take over the whole company in August as Bezos works on special projects as executive chairman.

“The last 12 months have seen a strong spur to companies adopting cloud services, plus existing customers increasing their usage,” said Martin Garner, chief operating officer at market researcher CCS Insight. “As economies start to get back towards normal, we expect a double boost for cloud providers such as AWS. First, customers that have recently built up their cloud usage will tend to go further to maximize the benefits. Second, industries that were hit hard, such as hospitality and airlines, will start to build back toward normal trading levels.”

There’s little sign of big challenges on the business side, and analysts expect Amazon to continue to show positive results the rest of this year. “We expect a significant amount of the new shopping behavior to stick, so that Amazon benefits from a permanent shift to online for many categories of shopping,” said CCS Insight’s Garner.

Like other big tech firms such as Microsoft, Google parent Alphabet Inc. and Apple Inc. — all of which reported better-than-expected earnings earlier this week — Amazon faces a range of regulatory challenges in the U.S. and Europe. Last year a congressional panel determined that Amazon has “monopoly power” over other sellers on its site. Amazon has said it doesn’t exert such power and focused mainly on keeping prices low.

The company also faces an increasing backlash from some workers, especially in its e-commerce warehouses, over working conditions, such as a much-publicized revelation that some Amazon drivers have felt compelled to carry “pee bottles” for lack of time to take bathroom breaks.

A vote to consider union representation in one of Amazon’s Alabama warehouses went Amazon’s way earlier this month, but it’s likely to continue facing scrutiny from other workers and from legislators and regulators.

In his last CEO letter earlier this month, Bezos said Amazon needs to focus more on employee care. “While the voting results were lopsided and our direct relationship with employees is strong, it’s clear to me that we need a better vision for how we create value for employees – a vision for their success,” Bezos wrote. This week it announced it is increasing pay for more than 500,000 fulfillment employees by 50 cents to $3 an hour.

More to come after a scheduled 2:30 p.m. PDT conference call with analysts.

[ad_1] Superconducting quantum computers are huge and incredibly finicky machines at this point. They need to be isolated from anything that might … END_OF_DOCUMENT_TOKEN_TO_BE_REPLACED