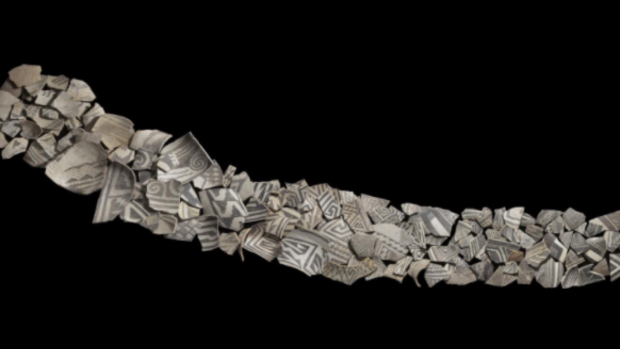 TORONTO —
Archeologists at Northern Arizona University (NAU) have taught computers to sort pottery fragments by design and style to assist in classification and reconstruction.

A team at NAU’s department of anthropology used a form of machine learning known as Convolutional Neural Networks (CNNs) to create a computerized method that emulates the thought processes of the human mind when it analyzes visual information to rapidly and consistently sort thousands of pottery designs into categories.

“Now, using digital photographs of pottery, computers can accomplish what used to involve hundreds of hours of tedious, painstaking and eye-straining work by archaeologists who physically sorted pieces of broken pottery into groups, in a fraction of the time and with greater consistency,” said study author Leszek Pawlowicz, in a release.

The research results are due to be published in the June edition of the Journal of Archeological Science.

Previously, sorting remnants of pottery (referred to as sherds) found at archeological sites was painstaking, tedious and reliant on experts. The process was prone to human error as well, as some experts may disagree over the categorization of the sherds and each expert has different ways of classifying artifacts, the release states.

“On many of the thousands of archeological sites scattered across the American Southwest, archeologists will often find broken fragments of pottery known as sherds. Many of these sherds will have designs that can be sorted into previously-defined stylistic categories, called ‘types,’ that have been correlated with both the general time period they were manufactured and the locations where they were made” co-author of the study Chris Downum said in the release. “These provide archeologists with critical information about the time a site was occupied, the cultural group with which it was associated and other groups with whom they interacted.”

NAU researchers were determined to find a more efficient process and began by gathering thousands of pictures of pottery fragments that have specific characteristics, known as Tusayan White Ware, which is found across much of Arizona and other states. Then researchers had pottery experts sort the design type for every sherd in the photographs and create “training sets” of sherds for the machine to learn from.

The researchers then began training the computer to identify other types of pottery by using pottery specimens that are agreed upon by archeologists.

“The results were remarkable,” Pawlowicz said. “In a relatively short period of time, the computer trained itself to identify pottery with an accuracy comparable to, and sometimes better than, the human experts.”

The researchers hope the new process can allow a computer to find the scattered pieces of a single broken pot in a pile of similar sherds from an archeological site or conduct region-wide analysis of pottery styles across multiple ancient communities.

Further research is planned to explore whether machine learning using CNNs can be used for other types of ancient artifacts to make modern archeology more efficient and effective.

[ad_1] Superconducting quantum computers are huge and incredibly finicky machines at this point. They need to be isolated from anything that might … END_OF_DOCUMENT_TOKEN_TO_BE_REPLACED