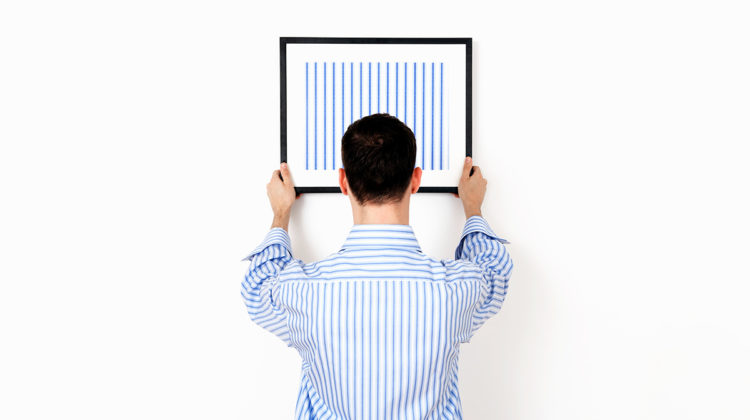 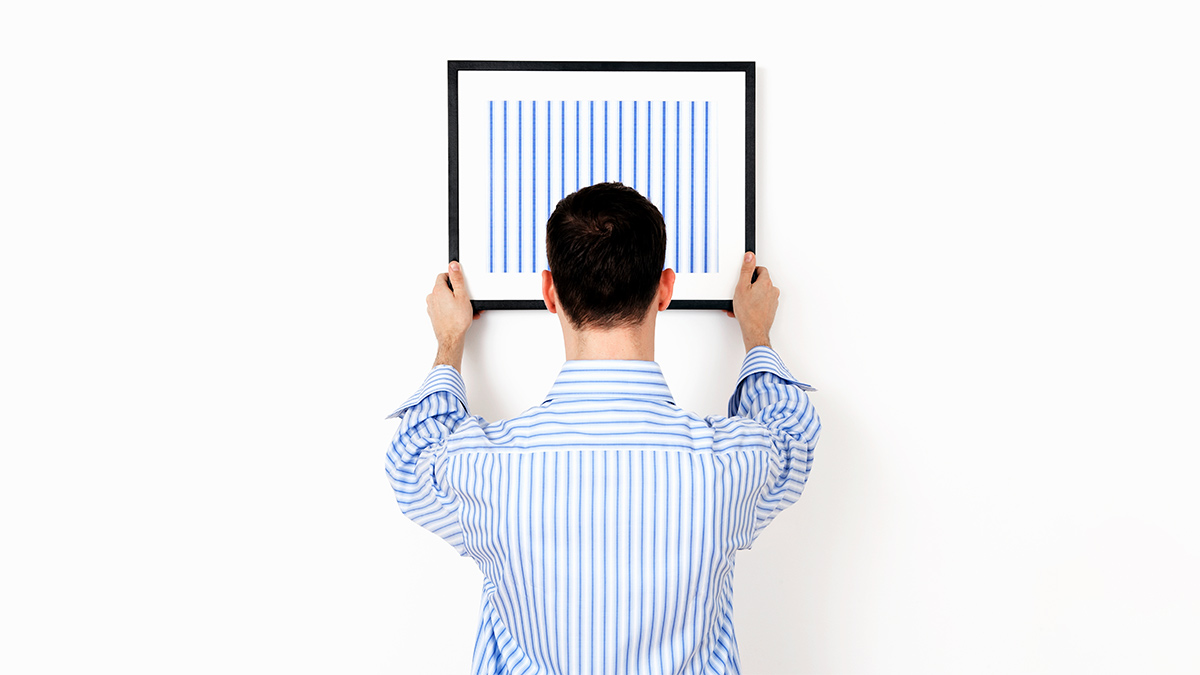 According to new research conducted by the authors, C-suite executives and upper management often don’t agree on how their organizations need to remake themselves for a post-Covid world. As a result, when CEOs and their teams begin implementing their plans, they are likely to encounter considerable resistance from upper managers — and they’ll need to develop new strategies for overcoming it. The authors close by recommending three approaches to change in this new era.

A few years ago, we noticed something curious: Successful business transformations were slower, fewer, and further between than we would have expected. Companies were moving toward cloud-based operations, but often without urgency. They were trying to shore up profits through cost optimization, but their efforts often sputtered after the first year. Industry leaders, fearing encroachment by disruptors, implemented changes to encourage innovation and customer-centricity. But few achieved any meaningful progress. Most transformation programs yielded only a modest lurch forward, rather than the great leap their sponsors were hoping for.

Then the pandemic hit. The circumstances obliged companies to shift gears quickly, legitimizing remote work, accelerating the digitalization of business, and making the health and welfare of employees their overarching priority. Companies began to talk of managing “three years of transformation in three months.”

A year in, it’s clear that the pandemic has indeed had a massive impact on how business is done. There now seems to be no going back. But as companies seek to transform themselves for the post-Covid world, they still confront significant challenges.

We know this because we recently surveyed executives in the United States — at companies with at least $1 billion in revenue — about their attitudes toward post-Covid transformation. We spoke to 300 in the C-suite, 500 in upper management (managing directors, senior vice presidents, plant managers), and 500 in middle management, and we were surprised to discover that C-suite executives and upper management often don’t agree on the effects of the pandemic and how to respond to them. In fact, middle management was more consistently aligned with the C-suite’s views than upper management was, despite being farther apart on the organization chart.

Disconnects at the Top

Some of our data reveals clear variations in outlook. Not surprisingly, most executives told us the pandemic was having a negative impact on their companies. Significantly, while more upper managers felt that way than did C-level executives (82% versus 67%) — a gap of 15 percentage points — they also were more likely to feel that the impact would be limited to the short-term (72 % versus  51%).

Upper managers were also considerably warier of initiating profit-improvement initiatives in both the short term (within three months) and longer term (after six months). The difference was particularly acute when it came to the short term: Forty-five percent of the upper managers we surveyed were comfortable moving forward, whereas 60% of the C-suite executives were — another 15-percent gap.

As companies begin to turn their attention to the question of how to recover from Covid, many will find that their management teams don’t share a sense of the importance of the pandemic’s impact, or of how to move forward.

To better understand the differences in the mindsets of both upper and middle managers, we asked two key questions. First, did the executives we were surveying lean toward a business-first or people-first approach? (To be sure, companies need both.) Second, did they show a strong commitment to — or relative disconnection from — the organization?

The answers we got to these questions allowed us to identify four distinct mindsets.

Business Operators. Business Operators represent the single largest segment of managers. They express significant confidence in the company’s leadership and appreciate the growing concern for people. At the same time, this group sees the need to make tough decisions to stabilize the business as a priority. Upper and middle management appear with almost identical frequency in this area (42% versus 43%). These are the managers who will reliably do what needs to be done and respond well to the rhetoric, rationales, and messaging emanating from senior leadership.

People Champions. Managers in this group have often worked at their companies for a long time and have shown a strong focus on employees’ personal needs during the pandemic. For example, they express strong support for their companies’ mental-health initiatives. They view themselves as playing the role of liaison between the C-suite and the rest of the company. They consider many decisions taken by the C-suite to be trade-offs made between the interests of the company and employees. They view the choices as fundamentally binary — zero-sum in nature — and gravitate strongly to their colleagues’ welfare. This group appears likely to adopt the most “people friendly” interpretation of any change mandate and may impede the implementation of changes they think unduly penalize fellow workers.

Change Resistors. This group has “seen it all before” in 2001 or 2008 recessions. They doubt whether senior leadership will do anything differently this time around to make change more successful — to “make it stick.” Change resistant managers anticipate that their C-suite leadership will largely revert to the behaviors they demonstrated before the pandemic. Almost one in five upper managers are change resistant, as are 14% of middle managers. Relying on this group to “cascade” priorities and relay messages from senior leadership to lower levels of the organization would seem a risky approach.

The Disaffected. As the name indicates, this is not a happy group. Since the onset of the pandemic, they’ve grown less confident in their senior leadership, and they see little evidence that anything concrete has come of the heightened concern that their leaders have spoken of feeling for their employees. They are reluctant to serve as a bridge between leadership and the rank and file, and are unlikely to help improve morale or trust. The numbers of the disaffected are similar for both upper and middle management: 13% and 12%.

These mindset numbers ought to be sobering for C-suite executives. Although a plurality of their subordinates are committed Business Operators who will work to implement the C-suite’s strategy to the best of their ability, they are nonetheless in the minority. Almost a third of the people closest to the C-suite are either Change Resistant or Disaffected —and the same is true for about one-fourth of middle management. More than a quarter of upper managers and 30% of middle managers react to C-suite transformation initiatives by considering their effects on colleagues rather than the company as a whole.

What CEOs and their teams have to recognize is that the executives working under them cannot be relied upon to fall into line and embrace calls for change based on new and urgent priorities — especially those focused on achieving profit improvement through cost-cutting — that may have emerged in the aftermath of Covid. It will take more than that.

What does all of this tell us? Let’s put it this way: Your next transformation will fail if it is merely some better version of what you did in the past.

Instead — given the changes unleashed by Covid, combined with the variations in mindset that our research has revealed among executives — you’ll need to adopt several new approaches to change.

Rethink manager and employee mindsets. Don’t assume everyone “gets it” or is prepared to “get on with it,” no matter how senior they are. Your reasons for — and your approach to — any change program need to be understood throughout the ranks. You’ll meet significant resistance, much of it surreptitious, if you focus on meeting corporate performance targets at the exclusion of other considerations.

Include all levels of senior management in planning and executing the transformation journey. Your management team is not a homogeneous group, poised to spring into action at the direction of the C-suite. You’ll increase your prospects of success if you can visibly engage different levels of management in the co-creation of any program. To do that, you’ll need to understand the various managerial mindsets present across management levels, and you’ll need always to consider how each program will affect employees.

For each level of management, customize how the program is positioned and communicated. The traditional top-down approach, with the C-Suite relying on other levels of management to articulate and support their goals faithfully, is no longer effective. Any change program must be tailored to reflect the presence of groups of managers in your company that place emphasis on different goals than the C-Suite. The process of communicating a program’s intent and progress must reflect that.

The Pentagon has split a $9bn contract for cloud computing services among Google, Oracle, Amazon and Microsoft, one year after scrapping a previous … END_OF_DOCUMENT_TOKEN_TO_BE_REPLACED

(TNS) — Among all colleges and universities in Tennessee, only 45 percent of students who enter college ultimately get either an associate's degree … END_OF_DOCUMENT_TOKEN_TO_BE_REPLACED

An increased reliance on technology goes hand-in-hand with growing avenues for cyberthreats, and courts are no strangers to the soaring wave of data … END_OF_DOCUMENT_TOKEN_TO_BE_REPLACED