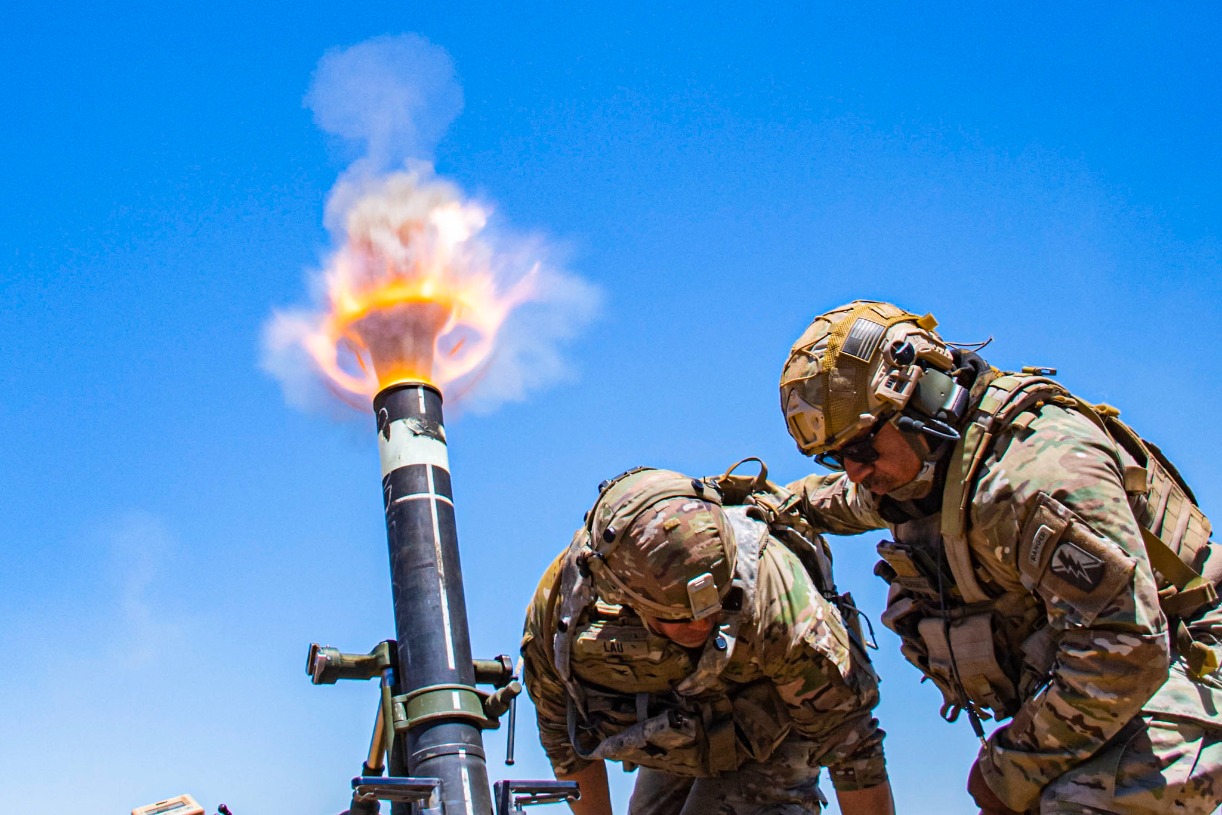 The digital fibers, which are sewn into clothing, can store information in memory, sense and analyze data in real time. The first fibers with digital capabilities were developed by researchers at the Army’s Institute for Soldier Nanotechnologies at the Massachusetts Institute of Technology.

“We need to perform calculations, conduct operations and use algorithms to alter data, raw data, and analog data that are collected with fiber sensors, to convert that into useful information for the soldier . . . that’s why having digital memory imparted to the fabric is so important,” James Burgess, the program manager for the Institute for Soldier Nanotechnologies at the Army Research Office, told the National Interest.

An Army report on the technology said researchers were able to write, store, and read information on the fiber, including a 767-kilobit full-color short movie file and a 0.48-megabyte music file. The files can be stored for two months without power.

“Now we have created a fabric generating electricity and storing electricity and digital memory. And I think the next big challenge is to begin to link functions together so that you can begin to think about having a real, wearable computer,” Burgess said. “You don’t want to add batteries and more computers and stuff like that. You want them to actually have a decrease in weight with the increase in capabilities.”

As computing technology continues to advance, particularly when empowered by advanced artificial intelligence, data obtained from soldier-worn sensors can be instantly networked across a mesh of combat nodes to optimize combat value and inform commanders.

“We have demonstrated that we can download digital information onto the fabric and then pull it back off,” Burgess said. “What is going to be important down the road is, say, a soldier is exposed to a particular nerve agent. we would love to have a fabric that could detect that.”

As Burgess explained, many of the next steps would involve implementing technology able to instantaneously alert command and control in the event that new or fast-emerging information changes the equation. The fibers could monitor health conditions or even vital signs of soldiers injured in combat, instantly analyzing potential responses and helping commanders make time-sensitive decisions.

Longer-term, the promise of the technology introduces new tactical possibilities beyond instant or real-time networking to include a massively increased ability to perform clandestine missions and remain securely networked while operating forward undetected

“An ultimate goal is a full-blown microprocessor digital memory, so we can send and receive information to and from remote sources,” Burgess said. “Now, the analogy is that, you know, twenty years ago, we didn’t really imagine that you could ask Siri to run a search by talking to your watch. And so, eventually, the soldier will have IMAX glasses that will have heads up cues and displays and alarms that will be triggered by a wearable uniform that is locally networked and impenetrable in terms of hacking. This will give the soldier a leg up in terms of knowing what he thinks he or she is exposed to know other pertinent information from their fellow soldiers.”

Kris Osborn is the defense editor for the National Interest. Osborn previously served at the Pentagon as a Highly Qualified Expert with the Office of the Assistant Secretary of the Army—Acquisition, Logistics & Technology. Osborn has also worked as an anchor and on-air military specialist at national TV networks. He has appeared as a guest military expert on Fox News, MSNBC, The Military Channel, and The History Channel. He also has a Master’s Degree in Comparative Literature from Columbia University.

[ad_1] Superconducting quantum computers are huge and incredibly finicky machines at this point. They need to be isolated from anything that might … END_OF_DOCUMENT_TOKEN_TO_BE_REPLACED