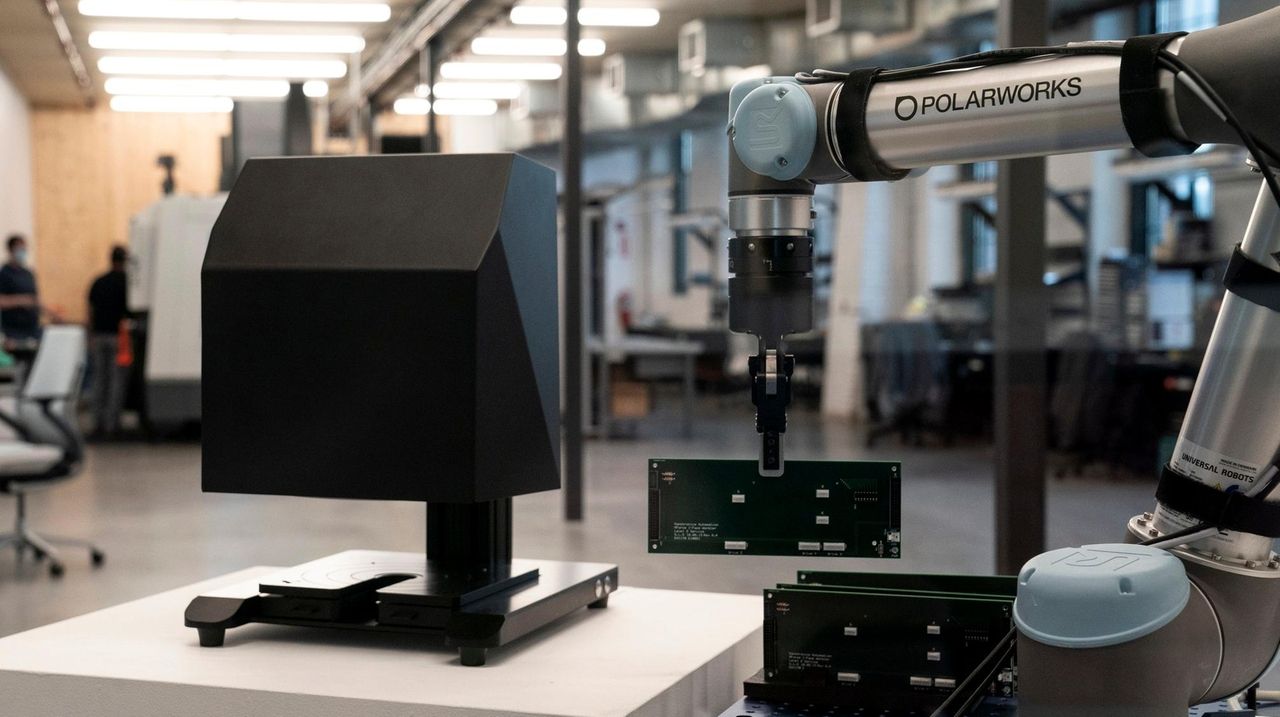 The U.S. has traditionally been a nation of optimists about technology. But just when the world seems poised for a technologically-driven productivity boom, Americans have acquired a dour outlook about the march of progress. Growing fears that not everyone will share in the benefits is leading to resistance that threatens to hold the nation back. Recapturing the bold attitudes of yesteryear will require more than rhetoric — it’ll require sweeping policy changes.

You’d think now would be the time for Americans to come together in shared adulation of technology. After all, innovative mRNA vaccines are in the process of saving the nation from the greatest pandemic in a century and freeing people to resume normal lives. In the future, the same techniques may be used to defeat cancer. Meanwhile, an explosion of innovation in solar power and batteries is promising to drastically reduce the costs of averting climate change; 10 years down the line, it’ll be furnishing the country with energy so cheap that it could spark a new productivity boom. And remote work technologies are allowing many people to live far more flexible lives. Other emerging technologies like lab-grown meat, artificial intelligence, Crispr and synthetic biology hold out promises of even greater wonders in the near future.

Many Americans are still techno-optimists in some ways. Technology is the factor cited most as having improved life over the last half century. But in recent years, it seems like this optimism has been gradually eroded, replaced in part by skepticism and fear.

Instead of the nation celebrating the conquest of COVID-19, as we did with the polio vaccine decades ago, Americans turned the vaccine into a culture war and many people refused to get inoculated. Amazon.com and Google are still generally liked, but their approval rating has taken a huge dive despite the fact that they helped most Americans make it through the pandemic. The pessimism is even evident in the art world: Few artists bother to spin positive futuristic visions the way they did in the 1950s.

But the technology Americans fear above all others is A.I. Most perceive automation not as a way to increase efficiency or create higher-paying jobs, but rather as accelerating inequality. Prominent politicians like former New York City Mayor Bill DeBlasio have called for taxes on robots, and even Microsoft Corp. founder Bill Gates joined in.

This techno-pessimism is actively threatening the American economy. The country has rapidly been losing market share in high-tech manufactured exports.

To keep up, the U.S. can’t rely on a cheap labor advantage; it will have to automate. Other rich countries’ business and political elites understand this. Even though their populaces are also afraid of job displacement, a number have installed far more manufacturing robots than the U.S. has.

China hasn’t caught up in robots yet, but it’s trying. Meanwhile, some of its ports are fully automated, allowing them to rapidly outpace America’s antiquated ports. Longshore labor unions, fearful for their jobs, resist the new technology.

Automation is a race the U.S. can’t afford to lose. But it’s not the only race where we’re running behind. In San Francisco, epicenter of the nation’s housing crisis, unions have opposed the use of modular housing construction — a technology that promises to help bring down ruinously high construction costs.

Fear of vaccines, fear of automation, fear of modern housing construction — these fears are holding back progress, threatening to erode the country’s competitiveness and create shortages of crucial goods. If the U.S. is going to take advantage of the incipient technology boom of the 2020s, it will have to shed this fear and recapture the techno-optimist attitude of the mid 20th century.

But how to do that? Americans need at least two big things to feel confident about technology’s ability to improve their lives.

The first is security. With national health insurance and job-finding assistance, Americans would be far less worried about switching jobs. That would let them view automation as an opportunity rather than a threat.

Second, Americans need wealth to be more broadly distributed across the populace. The explosion of information technology since the 1980s coincided with a vast increase in economic inequality. The technology probably wasn’t the cause of much of the disparities, but people can’t help mistaking correlation for causation. Also, inequality means many people don’t feel like they’ll be able to share in the benefits technology brings. So to make average Americans embrace the future, we need to give them a greater stake in that future.

Spinning beautiful futuristic visions and crowing publicly about the very real accomplishments of scientists and engineers is all well and good. We should do more of that. But without social systems that spread around the prosperity that technology creates, we’ll continue to fight an uphill battle to get regular people to love technology.

Noah Smith is a Bloomberg Opinion columnist. He was an assistant professor of finance at Stony Brook University, and he blogs at Noahpinion.

[ad_1] Superconducting quantum computers are huge and incredibly finicky machines at this point. They need to be isolated from anything that might … END_OF_DOCUMENT_TOKEN_TO_BE_REPLACED