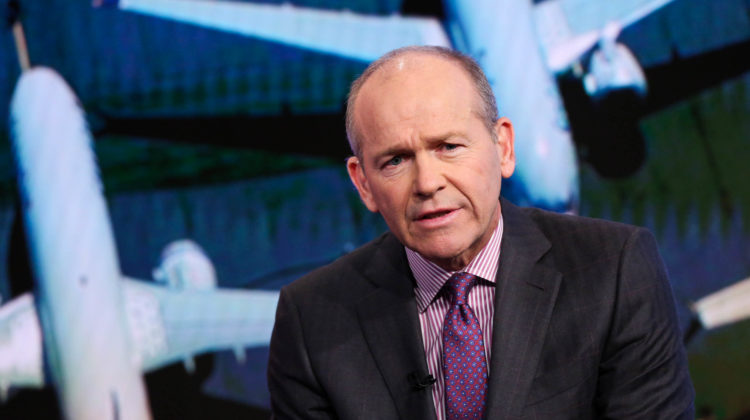 Boeing CEO Dave Calhoun was awarded $21 million in total compensation for his work last year, but he gave up $3.6 million in salary and bonuses after the coronavirus pandemic hit and devastated the industry.

The majority of Calhoun’s pay package, disclosed when he became CEO in January 2020, is made up of equity that vests over time and is based on company performance targets and other metrics.

Calhoun’s total compensation includes awards that were disclosed when he took the job last January, including about $7 million worth of stock if the company hits milestones including returning the 737 Max to service, entry into service of the long-delayed 777X, and other goals, but those shares haven’t vested.

It also includes $10 million in stock for leaving his job at Blackstone Group to take the top job at the aircraft manufacturer last year and another $3.5 million in long-term incentives that haven’t vested.

This post was contributed by a community member. The views expressed here are the author's own.Are you interested in a career in the growing field of … END_OF_DOCUMENT_TOKEN_TO_BE_REPLACED

After ‘The Voice’ and BET, two Mississippians give one last concert before heading to L.A. Published 6:45 am Monday, January 30, 2023 … END_OF_DOCUMENT_TOKEN_TO_BE_REPLACED