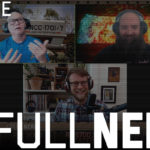 In this episode of The Full Nerd, Gordon Ung, Brad Chacos, and Adam Patrick Murray talk about new graphics cards you probably can’t buy anytime soon.Not that you’d probably want to at today’s wildly inflated prices. We kick things off by talking about Nvidia’s GeForce RTX 3060, which launched this week. It ostensibly costs $330, and several custom models were revealed at that … END_OF_DOCUMENT_TOKEN_TO_BE_REPLACED 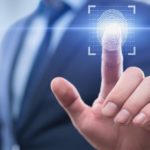 In an interesting twist on two-factor authentication (2FA), one startup is using biometrics on mobile device to authenticate users remotely.As per reports, BindID from identity and access management startup Transmit Security will enable users to authenticate themselves without passwords by using the biometrics information stored on their phones.“BindID is the industry’s first … END_OF_DOCUMENT_TOKEN_TO_BE_REPLACED 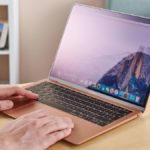 The newest macOS update fixes an issue for users who charge their MacBooks using non-Apple accessories, the company has said. This is the second straight upgrade aimed at fixing power-related issues in Apple laptops, with a seperate recent update addressing a bug that prevented the 2016 and 2017 models from charging their batteries.On the other hand, the latest release … END_OF_DOCUMENT_TOKEN_TO_BE_REPLACED 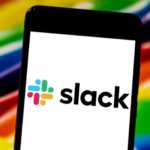 Top online collaboration platform Slack has revealed it ended 2020 with a bang, recording strong growth and bringing in thousands of new paying customers. Parent company Salesforce said in its recently released financial results for the fourth quarter, that Slack brought in $250.6 million in total revenue in the three months leading up to January 2021.The platform also … END_OF_DOCUMENT_TOKEN_TO_BE_REPLACED

Consider getting one of the best controllers for PC if you haven’t already. Purists may insist on sticking with the traditional mouse-and-keyboard combo. However, a strong case can be made for using controllers to play the best PC games – especially now that most AAA games support console controls, making it easy to get up and running with one of these controllers.In fact, … END_OF_DOCUMENT_TOKEN_TO_BE_REPLACED