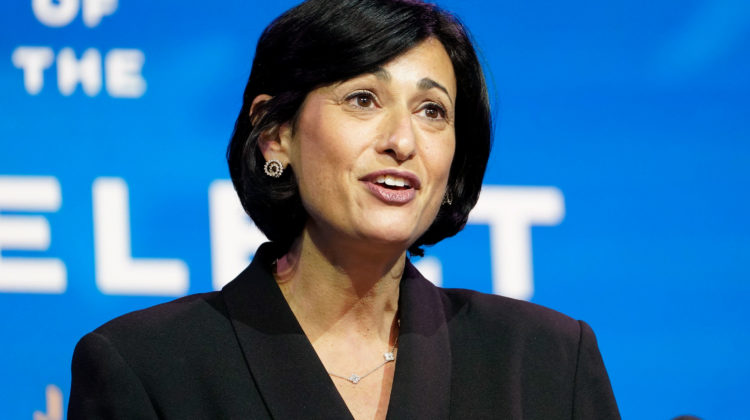 Dr. Rochelle Walensky, who has been selected to serve as director of the Centers for Disease Control and Prevention speaks during an event at The Queen theater in Wilmington, Del., Tuesday, Dec. 8, 2020.

The decline in Covid-19 cases reported in the U.S. since early January may be flattening, a concerning shift as highly transmissible variants threaten to exacerbate infections, the head of the U.S. Centers for Disease Control and Prevention said Friday.

“Over the last few weeks, cases and hospital admissions in the United States have been coming down since early January, and deaths have been declining in the past week,” CDC Director Dr. Rochelle Walensky said during a press briefing. “But the latest data suggest that these declines may be stalling, potentially leveling off at still a very high number.”

The nation is now reporting a daily average of roughly 73,376 new cases over the last week, a slight uptick compared with a week ago, according to a CNBC analysis of data compiled by Johns Hopkins University. The U.S. peaked at close to 250,000 cases per day in early January following the winter holidays.

The recent shift may be a sign that new, highly transmissible variants of the coronavirus are beginning to take hold, Walensky said. One variant, known as B.1.1.7 and first found in the U.K., is expected to become the predominant strain by mid- to-late March, experts have predicted.

The B.1.1.7 variant appears to account for roughly 10% of new Covid-19 cases in the U.S., up from just 1% a few weeks ago, Walensky said. However, some states have more cases of the highly transmissible variant than others.

Top U.S. health officials have warned in recent weeks that the variants could reverse the current downward trajectory in infections in the U.S. and delay the nation’s recovery from the pandemic.

The head of the federal health agency said states shouldn’t begin to lift restrictions on businesses and gatherings given the direction of cases and high level of viral spread.

“I want to be clear: Cases, hospital admissions and deaths all remain very high, and the recent shift in the pandemic must be taken extremely seriously,” Walensky said.

White House Chief Medical Advisor Dr. Anthony Fauci said the nation will be in a “precarious position” if the number of daily new cases begins to plateau at roughly 70,000.

“We have to carefully look at what happens over the next week or so with those numbers before you start making the understandable need to relax on certain restrictions,” Fauci said.

After ‘The Voice’ and BET, two Mississippians give one last concert before heading to L.A. Published 6:45 am Monday, January 30, 2023 … END_OF_DOCUMENT_TOKEN_TO_BE_REPLACED