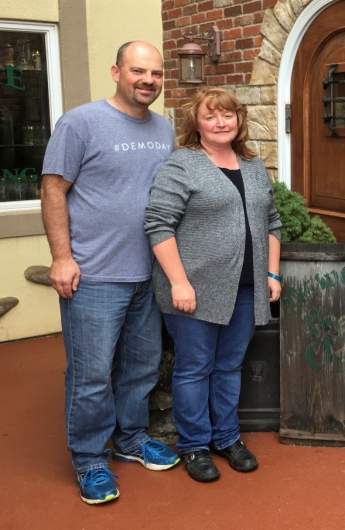 Chandler Halderson and his parents

Chandler Halderson is a Wisconsin man whose parents mysteriously disappeared and who is accused of providing false information to authorities about their disappearance.

The missing couple are Bart and Krista Halderson. Chandler is a recent technical college graduate in computer technology who worked as a lifeguard and teaching assistant, according to his LinkedIn page. He wrote on the page that he is an Eagle Scout.

Human remains have now been found, and authorities are working to identify them.

Chandler M. Halderson, age 23, “is currently being held in the Dane County Jail on a charge of providing false information in a missing person investigation. Chandler is the son of Bart and Krista,” the Dane County Sheriff’s Department wrote in a statement on Facebook.

Bart Halderson was a certified public accountant and tax manager in Madison, according to his LinkedIn page.

Here’s what you need to know:

1. Halderson, Who Told the Media ‘We’ll Find Them,’ Reported His Parents Missing, Saying They Didn’t Return From a July 4th Holiday Weekend

It was Halderson who reported his parents missing. “We’ll find them,” Chandler Halderson said of his parents to WKOW-TV. “It’s better to not listen to the negative theories,” he says, adding that his mother texted him to say the couple arrived at their cabin safely but then vanished.

He added, “They’re maybe at a casino, their phones off, no reception. Maybe they’re on a boat, having some fun with their friends.”

“Our investigation began on Wednesday, July 7th, when Chandler reported his parents missing at approximately 11:30 am that day. According to Chandler, his parents had left their Village of Windsor home early Friday morning with an unknown couple to spend the 4th of July holiday weekend at their cabin in White Lake, WI, but did not return as expected,” the Sheriff’s Department wrote.

“Our investigators immediately began efforts to locate the Haldersons, including reaching out to the Langlade County Sheriff’s Office to check the property in White Lake, but no one was located at that residence.”

The Dane County Sheriff’s Office is asking for assistance from the public in locating a missing couple from the Village of Windsor. Earlier today, a family member reported Bart and Krista Halderson were last seen on Thursday, July 1, 2021 at their home. They planned a trip to Langlade County, Wisconsin this weekend and family has been unable to confirm if they arrived safely. There is no vehicle associated with couple. Bart is 50 years old and Krista is 53 years old. If anyone has information on the couple, please contact the Dane County Communications Center at 608.255.2345 or the Dane County Sheriff’s Office Tip Line at 608.284.6900.

There was a tragic ending.

“As the investigation progressed and detectives interviewed friends, family and neighbors of the missing couple, information was provided which resulted in detectives finding human remains on a rural property in Dane County on Thursday, July 8th,” the investigators wrote.

“A search warrant was obtained for the property and deputies are continuing to search that land for additional evidence.”

They added: “The Dane County Medical Examiner’s Office also responded to that scene Thursday night and will be conducting an autopsy of the remains at some point this weekend. It is important to mention that the remains have not yet been identified. This is still a very active investigation.”

On Facebook, Bart Halderson wrote that he graduated from the University of Wisconsin-Madison, graduated from Valders High School, and lived in DeForest, Wisconsin. His most recent post was from 2012 and was a graphic about a car show. No obvious social media pages could be found for Chandler and Krista.

3. A Relative Wrote, ‘Nothing Makes Any Sense’

A relative, Blake Halderson, wrote on the Sheriff’s Department’s comment thread, “Thank you everyone for your prayers and any help you can give in finding them. So hard waiting for updates and not being able to do anything to help. Also appreciate all the work law enforcement is doing to find Bart and Krista. We have always been big backers of the police but never thought we would be in a situation like this and need their help so much. Thank you all.”

He added, “All I can say is nothing makes any sense and we are waiting for any news. I am sure the police are doing everything possible to locate them but do appreciate all your comments and prayers.”

A woman wrote under the comment, “I was their veterinarian in Plymouth for many years. Love them, so kind, caring and gentle. Hoping beyond hope that they are found safe and well.💞”

None of the Haldersons has a criminal history in Wisconsin.

4. Halderson Gave an Interview to a Local Television Station

Before his arrest, Halderson gave an interview to Fox 47’s Adam Duxte. He said, “My last message I got from them, they were going to White Lake for the 4th of July, there’s some festivities that go around there, better drink prices at bars, stuff like that. White Lake, Wisconsin. Their plan, to my knowledge, they were going to Langlade County to a cabin, their cabin. Along the way, they could’ve stopped many places, but I wouldn’t know all of them. But it’s about 3 hours north of Madison, or Dane County.”

He added, “They brought, or they were picked up by their friends, who I never got the name of. I assumed it was someone I was aware of, like the close neighbors of theirs up the street or their best friends down on the east side, so that’s what I assumed, I never really asked any further into it. And so they got picked up and they all went up there, by like another couple.”

5. Halderson Wrote That He Had Experience in Installing Solar Panels & ‘Lifeguarding’

On LinkedIn, Halderson wrote that he was a student at Madison Area Technical College. In 2021, he wrote that he received an associate’s degree in “Computer/Information Technology Administration and Management.”

He wrote, “The majority of my experience consists of lifeguarding and technology, but it doesn’t stop there. I have a strong understanding of solar panels and the installation process that goes with them. I also have experience in teaching and leadership from when I was a teachers assistant for an installation course at a local college.”

In 2020, he worked as a teaching assistant for two months at MATC, he wrote: “I created an online class for students to work on assignments and tests as well as assisted the instructor with teaching and held office hours for questions.”

From 2014-2017, he worked as a swim instructor at the YMCA in Sheboygan and Sun Prairie, Wisconsin, noting, “I have taught swimming at the YMCA while also being a lifeguard for 3 years.”