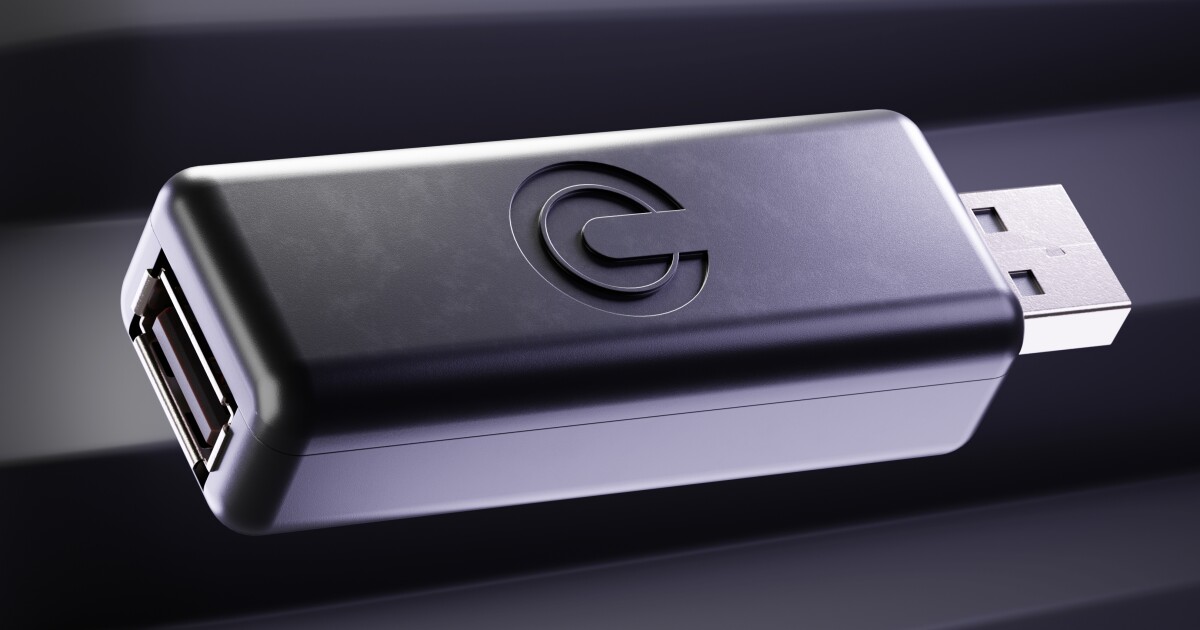 Last year we told you about the CharaChorder Lite, a special keyboard that lets users type faster by using groupings of keys to represent entire words. Well, any keyboard can now do that, if it’s equipped with the CharaChorder X.

To recap our previous coverage, the CharaChorder Lite keyboard (made by Texas-based startup CharaChorder) can be used like a regular keyboard, with words being typed out one letter at a time. If users wish, however, they can also instantly input entire words by pressing three or four keys simultaneously.

Of course, different words are generated via different combinations of keys. Those combos are called chords, and users can create their own if the thousands that are included in the CharaChorder library aren’t enough.

The CharaChorder Lite is still available, priced at US$272. That said, it would be a shame to stop using the otherwise perfectly good keyboard you already own – and with the CharaChorder X, you don’t have to.

Currently the subject of a Kickstarter campaign, the device takes the form of a simple USB dongle. The cord of the user’s keyboard gets plugged into it, and it gets plugged into the computer’s keyboard port. No special software is required, and the device reportedly works on any computer or mobile device running the Windows, Mac, Android, iOS or Linux operating systems.

As is the case with the CharaChorder Lite, users can both access the library of existing chords and create their own – over 65,000 can be stored in the device’s onboard memory. And yes, users can also still utilize their keyboard in a traditional one-letter-at-a-time fashion.

So, just how fast does the system let you type? Well, the designers have stated that they hope to boost users’ typing speed from the average of about 40 wpm (words per minute) to over 250 wpm.

A pledge of $39 will get you a CharaChorder X, assuming it reaches production. The planned retail price is $100. It’s demonstrated in the video below.

CharaChorder X – Type at the Speed of Thought

Marion Technical College has wrapped up its month-long UpSkill-A-Thon competition. MTC collaborated with Microsoft Philanthropies to launch the … END_OF_DOCUMENT_TOKEN_TO_BE_REPLACED

Knox College is currently responding to a system disruption caused by ransomware. A statement provided Friday by Knox College Vice President of … END_OF_DOCUMENT_TOKEN_TO_BE_REPLACED