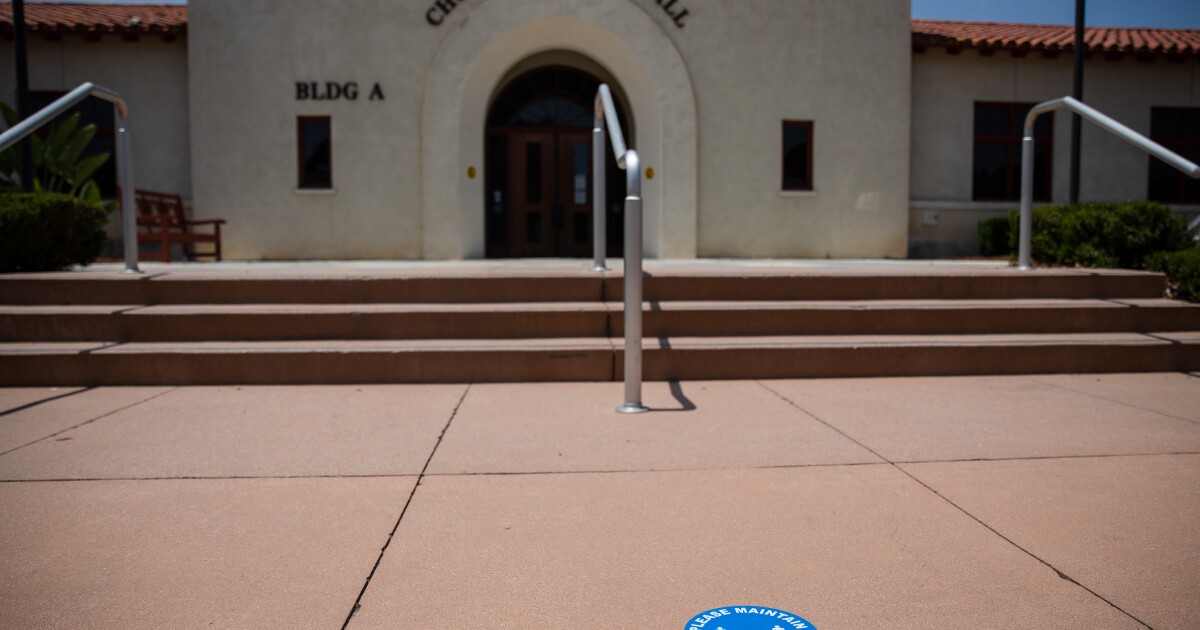 The city of Chula Vista’s workforce is 75 percent fully vaccinated against COVID-19, but the City Council last week said that’s not good enough.

The most vaccinated departments included Administration and the City Council, and those with the least inoculated individuals were the Chula Vista Police Department and Animal Care. Below is a breakdown:

Of the entire workforce, 19 percent declined to indicate their vaccination status, 2 percent are waiting to receive their second dose and 4 percent have not shared any information, King said.

“We’ve identified those employees (who make up the 4 percent), and we’ll be able to reach out and get that data, and hopefully they’ll just come back and say, ‘Oh yeah, we just forgot to turn it in and we are vaccinated,’ and that will increase our numbers,” King told the City Council.

For Mayor Mary Casillas Salas, who said she recently lost a cousin to COVID-19 who was unvaccinated, the reported numbers are “frustrating.”

“I’m really losing patience for people that have a choice to vaccinate that it’s not something that they are medically compromised about but are making that conscious choice not to get vaccinated for some misguided understanding or a belief that it’s impeding their freedoms,” she said at last week’s meeting, adding, “for all those city employees that are making that conscious choice not to be vaccinated, I just want to let you know, I’m disappointed in you.”

Chula Vista has not committed to a vaccine mandate, but the process is underway, the mayor said, adding that conversations with the city’s employee association are proceeding.

“I can’t say that it’s certain (a vaccine mandate), but I can tell you it’s moving in that direction,” she said via a phone interview.

Union officials did not immediately respond to requests for comment.

If it was up to Councilmember Steve Padilla, a mandate would already be in place.

“The policy of the city should be that if you work here, and you come in contact with the public, you will be vaccinated, or you can go somewhere else,” he said. Padilla was the first elected official in the county to report testing positive for COVID-19. He announced his diagnosis on March 14, 2020, and three days later he found himself on a ventilator in an intensive care unit.

“We require seatbelts, we require driver’s licenses, we require people who do brain surgery to go to medical school and get a license first. This isn’t new. This is just absurd,” Padilla said. “And I’m going to push very hard, madam mayor, to make sure that we take a hard line to protect this community’s health.”

The council’s comments come as Chula Vista sees 624 new COVID-19 cases over the last seven-day period. Chula Vista’s overall population (271,411) is about 61.5 percent fully vaccinated, according to the most recently released county data.

“We are doing a good job, but 61.5 percent is not enough,” King said. “We want to get that number up as high as possible.”

COVID-19 vaccines and testing remain available in Chula Vista, he added. The Fire Department offers vaccines every Thursday from 1-4 p.m. at City Hall and additional locations can be searched at myturn.ca.gov.

[ad_1] Superconducting quantum computers are huge and incredibly finicky machines at this point. They need to be isolated from anything that might … END_OF_DOCUMENT_TOKEN_TO_BE_REPLACED