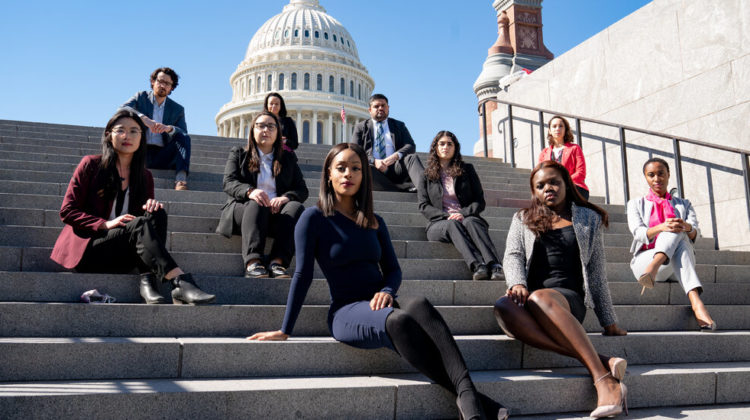 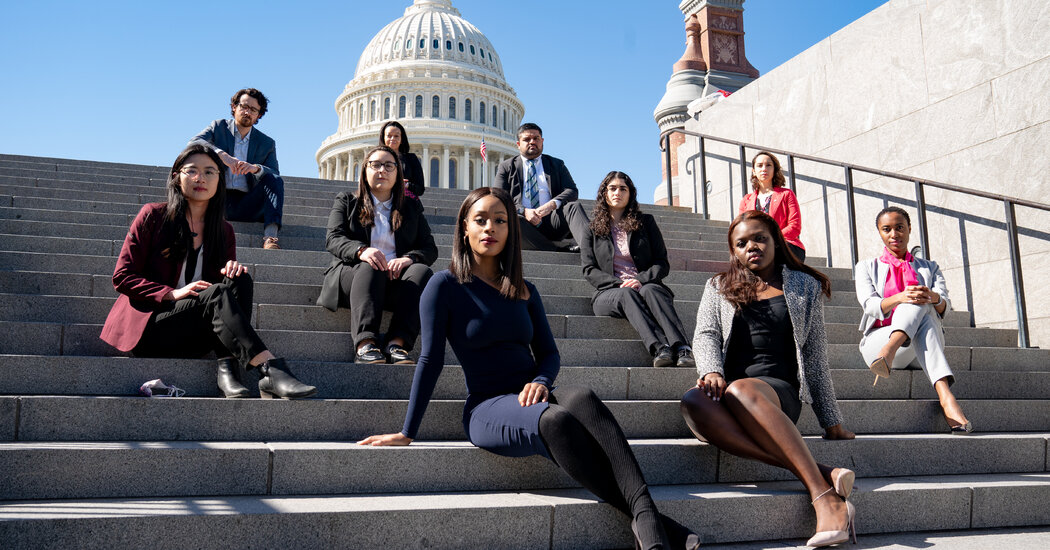 WASHINGTON — After the attack on the Capitol by a pro-Trump mob on Jan. 6, Herline Mathieu knew things had to change.

As president of the Congressional Black Associates, one of a hodgepodge of organizations on Capitol Hill that represent the aides who serve members of the House and Senate, she heard from scores of fellow staff members who did not want to return to the complex after the violence and racism of the riot.

“I spoke with at least 60 members who were just really concerned about their safety,” said Ms. Mathieu, a legislative aide.

One staff member told her bluntly, “I don’t know if I can work here.”

So Ms. Mathieu began to organize, a relatively rare endeavor for employees in Congress, which is exempt from most labor laws, including occupational safety and anti-discrimination statutes.

Before long, Ms. Mathieu had brought together 10 different staff associations — together representing more than 1,000 congressional staff members, mostly people of color — to push for a safer environment, better work conditions and more access to counseling and other services after the riot. They are also calling for changes to the Capitol Police force, which they argue let them down on Jan. 6, and a say in the makeup of an independent, 9/11-style commission proposed to investigate the attack.

“It’s important for us to come together to show that we are here,” said Ms. Mathieu, who works for Representative Emanuel Cleaver II, Democrat of Missouri. She stressed that she was acting on behalf of the staff association, not the congressman. “This is honestly the closest thing we’ve got to a union,” she said.

But it was not immediately clear what could be accomplished by a group of staff aides who are most often encouraged to remain behind the scenes and cater to their powerful bosses. Lawmakers have nearly unfettered control over the work environment on Capitol Hill for the more than 15,000 aides who work there.

“I was like, ‘OK, you can’t pass laws, but you can still do something,’” Ms. Mathieu said.

She organized a recent virtual meeting with more than 400 congressional staff members and top-ranking leaders in Congress, including Speaker Nancy Pelosi of California; Senator Chuck Schumer, Democrat of New York and the majority leader; and Representative Zoe Lofgren, Democrat of California and the chairwoman of the Administration Committee, which oversees the operations of the House. They were joined by Capitol security officials.

“Our members were heartened by the fact that Speaker Pelosi, Leader Schumer, Chair Lofgren, these important leaders on Capitol Hill, were willing to meet with us and hear out our member concerns,” said Dayanara Ramirez, the president of the Lesbian, Gay, Bisexual, and Transgender Congressional Staff Association, who is the communications director for Representative Mark Takano, Democrat of California.

The organizations had a long list of requests. They want leaders to reduce wait times for mental health resources and approve emergency funding for lawmakers to support the mental and physical health of their staffs, including with more paid time off and counseling.

They want the oversight board of the Capitol Police to include a member of the congressional staff. And they want the 9/11-style commission to look into the disparate treatment that Black Lives Matter protesters received from law enforcement compared with the relatively restrained tactics used against the pro-Trump mob.

“Many of my members, we marched last summer in the protests against police brutality,” Ms. Mathieu said. “We were overwhelmed with the security.”

But in their push for a safer environment, the aides are also pressing to ensure that the Capitol Police does not resort to racial profiling or cracking down on minority groups in response to the latest rash of violence.

“We’ve seen in post-9/11 that South Asians have been disproportionately profiled,” said Nishith Pandya, the president of the Congressional South Asian-American Staff Association and the legislative director for Representative Bobby L. Rush, Democrat of Illinois. “It is very clear who the perpetrators of this attack were, and it’s nobody who looks like the people here. Yet we all have to be concerned about racial profiling because of how this country has reacted to attacks like this before.”

Since the Capitol assault, congressional aides have reported trouble sleeping and feeling anxious, claustrophobic, angry and depressed. Lawmakers have requested additional resources to support the mental health needs of employees in response to surging demand.

Ms. Pelosi has pledged to spend what is necessary to make sure the Capitol is safe.

“It’s going to take more money,” she said at a recent news conference, “to protect the Capitol in a way that enables people to come here, children to come and see our democracy in action, all of you to cover what happens here safely, members to be comfortable that they are safe when they are here.”

The organizing after Jan. 6 is not the first time some of the staff associations have joined forces. In November, a task force from the Congressional Black Associates and Senate Black Legislative Staff Caucus produced a policy report on racial justice and reform. Several of the groups had previously teamed up to work on a campaign to increase diversity among Capitol Hill staff.

According to a 2019 survey of about 10,000 House employees — about half of whom responded — nearly 70 percent of employees are white, compared with nearly 15 percent Black, 12 percent Hispanic and nearly 7 percent Asian.

Kameelah Pointer, the president of the Senate Black Legislative Staff Caucus and an aide to Senator Tammy Duckworth, Democrat of Illinois, said the 9/11-style commission should include a racially diverse team. Ms. Pointer said that would be vital to “analyze how race played a role” in the failure to adequately prepare for the Capitol rampage, which was led by supporters of President Donald J. Trump and included white supremacist and extremist groups.

The organizations say they will watch the commission closely and ask for more meetings with leadership.

“This won’t be the last time that we work together to address the aftermath of the Jan. 6 attack,” Ms. Ramirez said.

NEW YORK (AP) — Stocks that traded heavily or had substantial price changes Monday: Tesla Inc., down $12.41 to $182.45.The electric vehicle maker is … END_OF_DOCUMENT_TOKEN_TO_BE_REPLACED

Given enough time, most quality stocks will eventually double, triple, quadruple, and even quintuple their value. That's just how capitalism works. No … END_OF_DOCUMENT_TOKEN_TO_BE_REPLACED