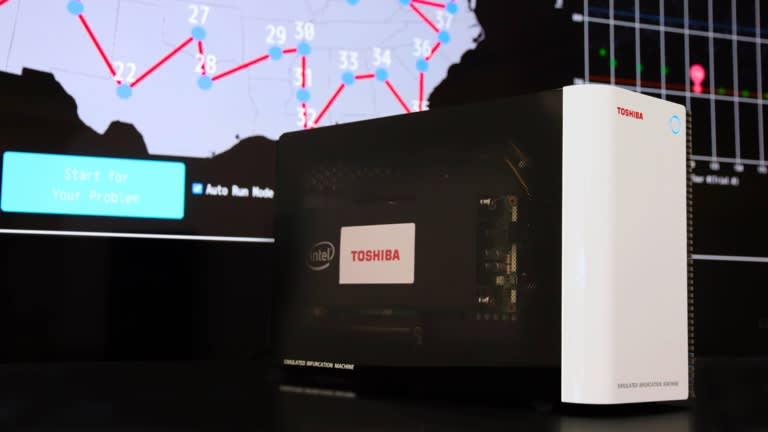 Quantum technology has the potential to revolutionize materials development and artificial intelligence, two areas with profound implications for countries’ economic and political security. The focus will be on whether Japanese companies, which lag their Chinese and U.S. rivals in this realm, can develop a market where they are competitive.

“Quantum technology has the potential to promote the development of Japanese industry,” said NTT Chairman Hiromichi Shinohara at a May 31 online news conference held by a group of companies focused on fostering the technology.

“We need to bring together the expertise of industry, government and academia,” Shinohara said. Eleven companies, including Toshiba, NTT and Hitachi, this summer will form a council tasked with developing the technical and human resource inputs to enable Japan to compete globally in the field. More than 50 companies are expected to join.

Quantum technology applies the principles of quantum mechanics to solve problems in new ways. It has potential applications in secure communications and encryption, collection and analysis of data and the development of advanced technologies. Because quantum communications and encryption are directly related to national security, the Japanese government plans to work with the private sector to advance Japan’s capabilities in the field.

In addition to highly secure communications and high-speed computers, companies are trying to create ultrasensitive quantum sensors for use in medicine and other fields.

For these new devices to become a reality, advanced manufacturing techniques are required. Japan has strengths in that regard. According to a survey by Valuenex Japan, an analytics company, Toshiba is No. 1 in the world in hardware patents for quantum communications and encryption, with 104, while NEC ranks third with 88. Toshiba, which has been researching the technology for about 20 years, is also the global leader in terms of speed and distance for sending encryption “keys.”

Using its stock of technology, Toshiba began commercializing quantum encrypted communications in fiscal 2020. The global market is expected to grow to about $20 billion by fiscal 2035 and Toshiba is aiming for sales of about $3 billion in fiscal 2030.

But Japan, which prides itself on being “unbeaten in technology,” lags behind in practical application. China appears to account for the majority of the global quantum communications market, which is estimated to be worth about $2 billion at present. China has taken a state-led approach, building an extensive network between Beijing and Shanghai. In January, Beijing announced that it had achieved communication over 4,600 km using satellites. It is thought the system also uses banking networks and the national power grid of electric utilities.

There are many instances of Japan losing out to the competition despite having superior technology, such as with mobile phones and flat-screen TVs. Japan has been overtaken by South Korea and Taiwan in semiconductors, for example, a field it once dominated.

Japan needs to develop its own strategy to compete with the U.S. and China. U.S. information technology companies, such as Google and IBM, are also developing quantum computers. This is expected to take decades, and these companies have abundant capital and human resources. Tackling the IT giants head-on will be difficult, so Japan will have to find its own path to become competitive.

Japanese companies are pinning their hopes on “quantum-inspired” computers. These solve complex problems using conventional digital computer technology, while incorporating ideas from quantum mechanics. Unlike quantum computers, which are perhaps 20 years away, quantum-inspired computers are now entering practical use. If Japanese companies succeed in cultivating a new market for these machines, they may have a new, globally competitive technology on their hands.

Japanese companies are pinning their hopes on “quantum-inspired” computers, which combine conventional digital technology with ideas from quantum mechanics to solve problems.

Quantum-inspired computers are used to calculate the “best” answer from among a vast number of choices. Fujitsu has been collaborating with the University of Toronto in Canada, using quantum-inspired computers to design radiation therapy treatments for brain tumors and other illnesses. The computers can determine the optimal combination of gamma radiation spots and intensity in about two minutes. Doctors usually spend 90 minutes to 3 hours performing the same task.

Hitachi, meanwhile, has a potential godsend for personnel managers: It has developed a system that can easily create work shifts for hundreds of employees. The company began selling it externally in October 2020.

Japan was once the leader in quantum technology research. NEC was the first in the world to demonstrate the basic elements of a quantum computer as far back as 1999. But it has fallen behind as the practical application of the technology puts the world on the threshold of a “quantum revolution.” In its 2020 Quantum Technology Innovation Strategy, the government described the situation as “extremely serious.” Toyota Motor Chairman Takeshi Uchiyamada also expressed his concern at the May 31 news conference, saying that delays in the practical application of the technology would “undermine [Japan’s] future industrial competitiveness.”

JSR, Tokio Marine Holdings and Dai-ichi Life Holdings are also members of the new group focused on applying quantum technology. Collaboration with these end users is important for companies working on the technology itself. Globally, companies are shifting from developing technologies in-house to “open innovation” through collaboration with other businesses. It remains to be seen whether Japanese industry can come up with a new model of innovation.

[ad_1] Superconducting quantum computers are huge and incredibly finicky machines at this point. They need to be isolated from anything that might … END_OF_DOCUMENT_TOKEN_TO_BE_REPLACED