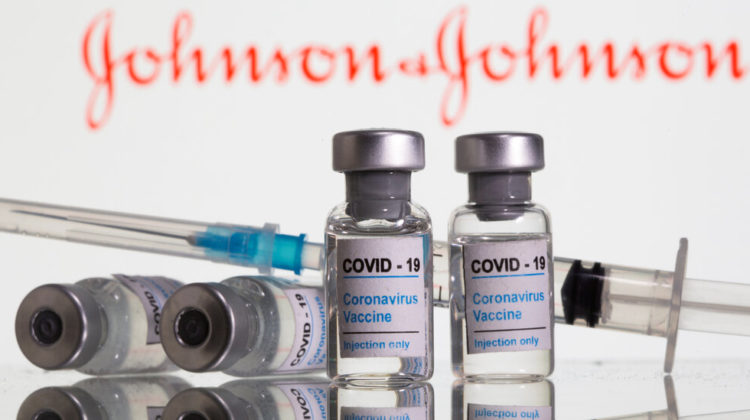 WASHINGTON — The Food and Drug Administration on Saturday authorized Johnson & Johnson’s single-shot Covid-19 vaccine for emergency use, beginning the rollout of millions of doses of a third effective vaccine that could reach Americans by early next week.

The announcement arrived at a critical moment, as the steep decline in coronavirus cases seems to have plateaued and millions of Americans are on waiting lists for shots.

But federal and state health officials are concerned that even with strong data to support it, some people may perceive Johnson & Johnson’s shot as an inferior option.

“Don’t get caught up, necessarily, on the number game, because it’s a really good vaccine, and what we need is as many good vaccines as possible,” Dr. Anthony S. Fauci, the government’s top infectious disease expert, said in an interview on Saturday. “Rather than parsing the difference between 94 and 72, accept the fact that now you have three highly effective vaccines. Period.”

If Johnson & Johnson’s vaccine would have been the first to be authorized in the United States instead of the third, “everybody would be doing handstands and back flips and high-fives,” said Dr. James T. McDeavitt, dean of clinical affairs at the Baylor College of Medicine.

Dr. Janet Woodcock, the acting F.D.A. commissioner, said in a telephone briefing with reporters on Saturday that “each of these vaccines will be effective” and would prevent hospitalizations and death. “This is an effective vaccine that meets the federal standards,” she said. “They haven’t been tested head to head against one another, so it’s very difficult to do a numerical comparison.”

On Sunday a committee of vaccine experts who advise the Centers for Disease Control and Prevention will meet to discuss whether certain population groups should be prioritized for the vaccine, guidance that state health officials have been eagerly awaiting in anticipation of the F.D.A.’s authorization.

One administration official familiar with the distribution of the vaccine said that shipments would begin on Monday and deliveries could arrive as soon as Tuesday.

Johnson & Johnson has said it will ship nearly four million doses as soon as the F.D.A. authorizes distribution and another 16 million or so doses by the end of March. That is far fewer than the 37 million doses called for in its $1 billion federal contract, but the contract says that deliveries that are 30 days late will still be considered timely.

The federal government is paying the firm $10 a dose for a total of 100 million doses to be ready by the end of June, substantially less per dose than it agreed to pay Moderna and Pfizer, which developed its vaccine with a German partner, BioNTech.

Johnson & Johnson’s one-dose vaccine will allow states to rapidly increase the number of people who have been fully inoculated. Unlike the other two vaccines, it can be stored at standard refrigeration temperatures for at least three months.

Dr. Danny Avula, the vaccine coordinator for Virginia, said the Johnson & Johnson shipments would boost the state’s allotment of vaccine next week by nearly one-fifth.

“I’m super-pumped about this,” he said. “A hundred percent efficacy against deaths and hospitalizations? That’s all I need to hear.”

He said the state was planning mass vaccination events specifically for the Johnson & Johnson vaccine, partly to quell any suspicion that it is a lesser product targeted to specific groups.

“It will be super clear that this is Johnson & Johnson, here’s what you need to know about it. If you want to do this, you’re coming in with eyes wide open,” he said. “If not, you will keep your place on the list.”

Michele Roberts, the assistant secretary of Washington State’s health department, said that it would be difficult to explain the technical aspects of how Johnson & Johnson’s vaccine trials differed from those of other drug makers. Because the studies were conducted at different times and with different protocols, precise comparisons can be problematic. All three trials showed the vaccines provided strong protection against Covid-19, especially for severe disease.

Understanding the subtle contrasts requires a lot of “scientific literacy,” she said. “There are so many different factors at play. But those aren’t, you know, quick public messages.”

Even some clinicians misinterpret the differences among the Covid-19 vaccines, health officials said. “They assume it’s apples to apples but it’s apples to oranges, or worse, apples to tires,” said Dr. Nirav Shah, the director of the Maine Center for Disease Control and Prevention.

Last week, Dr. Shah said, the leader of one group of specialty health clinics in his state initially turned down his offer to ship doses of the Johnson & Johnson vaccine, saying his health practitioners were concerned it was less efficacious than the other two.

He said he told him: “Stop right there. We need to have a Zoom conversation right now with your entire medical staff.” Instead, he carefully explained Johnson & Johnson’s results to the provider, who then spoke with his staff. Twenty minutes later, the provider sent him a message saying: “We’re on board. Send us the J & J.”

Even though Johnson & Johnson received ample federal support and agreed to manufacture at risk, federal officials familiar with its operation said the company took an overly conservative approach to production, emphasizing scaling up on the back end of its contract.

As a result, Johnson & Johnson is expected to deliver the bulk of its 100 million doses in the late spring or early summer. The country will still need them: By the end of May, Pfizer and Moderna have promised to ship enough doses to vaccinate 200 million Americans, leaving roughly 60 million eligible adults still uncovered. But with the spread of more contagious variants of the virus, health officials are anxious to vaccinate as many Americans as fast as possible.

Johnson & Johnson produced its first batch of roughly four million doses at its Dutch plant, federal officials said. The company’s new plant in Baltimore is expected to supply the bulk of its doses for the United States.

Americans are becoming more open to getting Covid-19 vaccines, according to the latest survey from the Kaiser Family Foundation, which has been monitoring attitudes since December. Fifty-five percent of adults now say they have either received one dose or will get it as soon as they can, up from 34 percent in December.

But Rupali Limaye, who studies vaccine hesitancy at Johns Hopkins University, said she worried about whether health officials and community leaders would sufficiently emphasize the strengths of the Johnson & Johnson vaccine, including how well it prevents the onset of severe Covid-19, hospitalization and death.

“People will want to know: Why is this one so much less and what does it mean for us?” she said. “I’m worried it’s going to cause more questions than confidence.”

Absent more direction from the federal government, state health officials are consulting with each other about where to direct the new source of supply.

Dr. Marcus Plescia, the chief medical officer for the Association of State and Territorial Health Officials, which represents state health agencies, predicted that “many states are going to be a little bit cautious” about where they initially ship the vaccine.

“You don’t want to say, ‘OK, we’re going to use this vaccine for our rural populations because it’s easier to ship.’” That may trigger a backlash from people who wrongly suspect that for some reason or another, they are being offered a second-rate vaccine, he said.

Dr. Shah of Maine said the new vaccine was particularly well-suited for drive-through vaccination sites, partly because it appeared less likely to trigger the kinds of side effects that require monitoring. Health officials in other states said it might also make sense to direct doses toward transient population groups who might be less likely to show up for second shots. Colleges might be particularly interested.

Dr. Jennifer Dillaha, the state epidemiologist in Arkansas’s health department, said the vaccine’s easier storage conditions could also increase the number of vaccinations in other nonmedical settings, like senior centers or sites in underserved communities that lack pharmacies or health care providers.

In order to limit possible confusion, some state health officials said that they initially plan to direct the new vaccine to new sites, not ones that are already administering the other vaccines.

Dr. Shah said that some pharmacists in Maine would rather handle one type of Covid-19 vaccine at a time. Although that may change, Dr. Shah said, “Every day matters. Anything that is introduced into the workflow that slows down the pace of vaccination hurts us.”

NEW YORK (AP) — Stocks that traded heavily or had substantial price changes Monday: Tesla Inc., down $12.41 to $182.45.The electric vehicle maker is … END_OF_DOCUMENT_TOKEN_TO_BE_REPLACED

Given enough time, most quality stocks will eventually double, triple, quadruple, and even quintuple their value. That's just how capitalism works. No … END_OF_DOCUMENT_TOKEN_TO_BE_REPLACED