One thing everyone can bet on is that pandemic has severely altered our way of living. With everything turning virtual, our everyday life has turned online in such a way that we have been made susceptible to cyber-attacks, which in the past were sparse. With the world turning virtual, more and more companies are reporting being attacked by cyber-attacks.

It is to be noted that no one should be lulled into a false sense of safety that any breach of privacy by leaks of information is not a prominent risk to one’s identity. An analysis of such data leaks and information usually finds its way on the dark web. Further, scrutinization of such data leaks shows that organizations are quite increasingly and definitely falling victim to such cyber-attacks.

But given the false sense of safety that is offered by such organizations, it can be increasingly understood that the organizations are trying to hide them from the public.

Furthermore, it is quite common for affected companies to pay millions to cybercriminals to regain data access. This emphatically shows the detestable, incompetent cyber laws in the country. It is to be noted that though such unscrupulous means, in terms of law, are opted for, as a matter of fact such course of action is not recommended.

Ransomware has been around since the 2000s and it originally targeted individuals i.e. it wasn’t prevalent on a large scale. Since then, varieties have evolved which has led to extensive spreading, evading detection, encrypting files, and pressuring users into paying ransoms. This also leads to another assertion, that given the more prominent use of technology in the pandemic, more and more population and organizations have fallen prey to such malware.

Paying ransom for the recovery of your work, to some it might seem the highest form of technological exploitation, but it is to be noted that you could very likely also become a double victim.

Some “file recovery” companies effectively negotiate a lower ransom with criminals and bury the matter by paying lower ransom, but to serve their end purposes of profit making they charge the affected organization the ransom. Quite detestably, in some cases the margin can be significantly higher than the ransom value. Call it smart business or profit mongering detestable tendency, the consumers are the ultimate victim.

In the case of a detestable ransomware attack, an organization should be ready to mitigate the disaster as soon as possible. There can be various approaches to recovery that an organization can opt for. Firstly it can effectively restore from a backup. This technique usually involves well maintained and well-made backups.

Though the idea is not as unadorned as it might sound as the cybercriminal may have already attacked the backup of the organization. Secondly such a technique of restoring your backups is usually odious and expensive which might ultimately lead to paying of ransom. In another attempt to deal with the detestable problem is to break the encryption.

Lastly, the most aversive option of all is to pay the ransom and follow the attacker’s instructions

Taken the advice of the cybersecurity experts, paying ransom is not recommended as it is considered unlawfully financing criminals. However, as per the latest findings, the ways to part from such odious predicament are limited as majority of companies falling victims to ransomware attacks do pay the ransom and are on a rise. In many cases, as aforementioned, paying the ransom is considered cheaper than recovering resources otherwise.

It is to be noted that ransom payment is under regulatory scrutiny in many jurisdictions. Thus, it is sagacious, recommended and  critical to obtain a documented position or perspective from external cyber counsel.

Given the burgeoning number of cases that are being registered daily, it is quite pertinent for authorities to reflect on their incompetent malware tracking and mitigation technology and policy. The odious situation that presents them at the moment demands an upgrade of archaic mitigation technology.

Listen to the article 2 min This audio is auto-generated. Please let us know if you have feedback. … END_OF_DOCUMENT_TOKEN_TO_BE_REPLACED 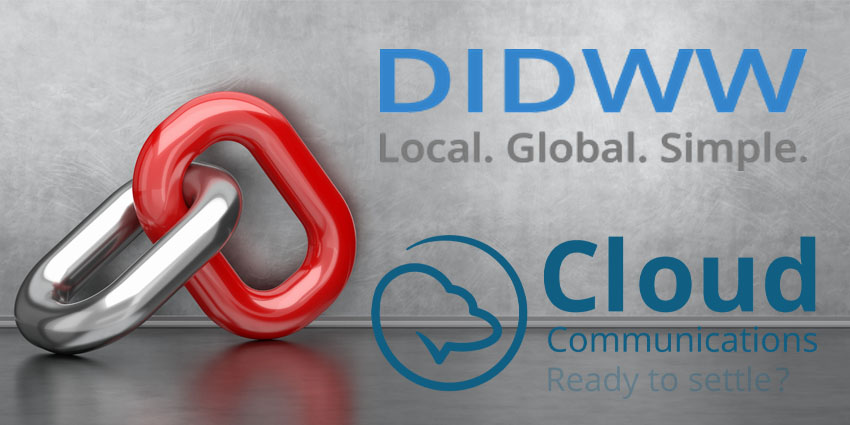 DIDWW and Cloud Group have partnered to expand VoIP availability across international markets.The union will allow Cloud Group to boost its portfolio … END_OF_DOCUMENT_TOKEN_TO_BE_REPLACED