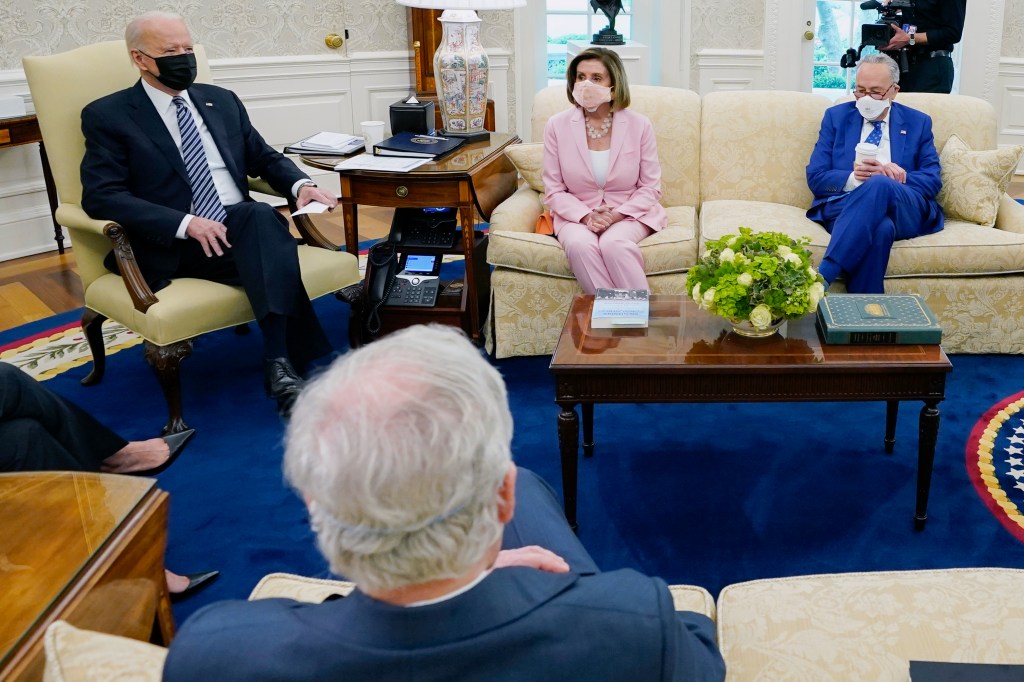 To revitalize U.S. science and technology with more government spending, it’s time to go big or go home. Tragically, it seems that both Congress and the Biden administration have decided to go home.

Economists have been shouting their heads off about the productivity slowdown for more than a decade. Since around 2005, total factor productivity — the ultimate driver of all long-term growth in standards of living — has increased at a slower rate than in the previous decades.

If this continues, ultimately it will lead to a slowdown in income growth, which could lead to an angry population and political unrest. So the government has a vested interest in keeping productivity growing strongly.

There are many things that go into that total factor productivity measure, including trade, taxes and education. But technology is one of the more important ones. As the Nobel-winning economist Paul Romer reminds us, spending more money on research increases the rate of scientific discovery. Other theoretical and empirical research strongly concurs.

And as economists Simon Johnson and Jonathan Gruber explain in their book “Jump-Starting America: How Breakthrough Science Can Revive Economic Growth and the American Dream,” these scientific discoveries lie upstream of practical industrial innovation — the more research the government pays for, the more innovations American companies are able to crank out, and the more the U.S. dominates high-value knowledge industries like information technology, biotech and advanced manufacturing. Inventions from GPS to hydraulic fracturing to MRIs came directly from government research.

Unfortunately, the U.S. government is not spending so much money on research these days.

This might have something to do with the productivity slowdown. It’s also probably causing an erosion of U.S. industrial competitiveness relative to China, which is an increasingly important player in various high-tech sectors, and now far exceeds the U.S. in terms of high-tech exports.

Democrats were supposed to fix this. President Joe Biden’s infrastructure proposal included double-digit increases for science funding. And a congressional effort called the Endless Frontier Act, spearheaded by Senator Chuck Schumer, would have poured $110 billion into research spending, including innovative ideas like a new technology directorate for the National Science Foundation and regional technology hubs.

Just a couple of months later, the effort to restore U.S. science funding is a shambles. Biden, in a bid for a bipartisan compromise that is unlikely to ever materialize, has voluntarily stripped the research funding from his infrastructure plan. Meanwhile, the Endless Frontier Act has been utterly gutted.

Our leaders seem to believe in more short-term measures; the Endless Frontier Act has mostly been repurposed as a bill to boost the semiconductor industry and the 5G broadband industry. In other words, Schumer and other leaders are trying to prop up the industries of today rather than lay the groundwork for the industries of tomorrow.

Creating the industries of tomorrow should be the government’s primary role. Government needs to do the thing private companies won’t do — the upstream research that makes discoveries that can be used by any and all companies, including startups that don’t even exist yet.

Abandoning promises to spend big on research is a dangerous sign of a complacent and distracted government, more concerned with pork and pet projects than long-term technological progress and industrial vitality. Targeted subsidies for industries like semiconductors will not make up for that epic dropping of the ball. Hopefully the president and Congress will snap out of it and bring forward new research funding initiatives as soon as possible.

Noah Smith is a syndicated columnist.

[ad_1] Superconducting quantum computers are huge and incredibly finicky machines at this point. They need to be isolated from anything that might … END_OF_DOCUMENT_TOKEN_TO_BE_REPLACED