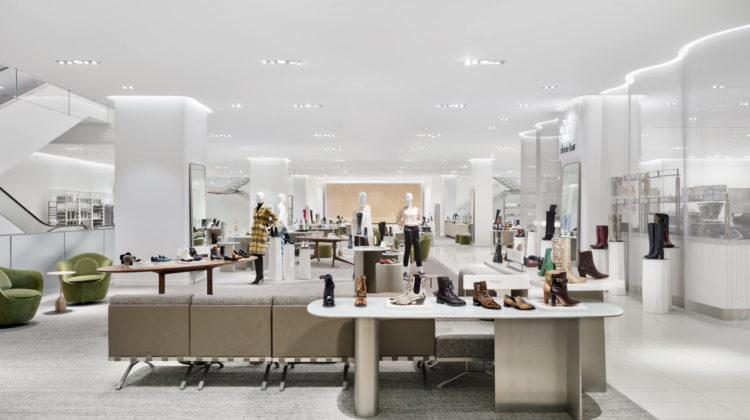 America’s department stores might be losing customers in the apparel aisles and at the beauty counters, but shoppers still love the shoe department.

In a new AlixPartners survey, consumers were asked where they’ve been buying shoes during the Covid pandemic, and overwhelmingly the answer was department store chains.

Thirty-seven percent of people said they’ve bought shoes on a department store retailer’s website since the start of the health crisis, while 33% said they’ve made a footwear purchase recently in a brick-and-mortar department store. Specialty footwear stores, like DSW and Foot Locker, came in second place, at 20%. Further down the list were so-called branded stores, like Nike and Cole Hann.

To compile this data, AlixPartners surveyed 1,001 consumers over the age of 18 from Feb. 21 to March 2 about their shoe shopping habits.

When the survey respondents were asked more specifically where they’ve been shopping for non-athletic footwear — items like loafers, heels and sandals — Macy’s was the No. 1 retailer, at 29%, followed by Walmart, Kohl’s, Target, DSW and Nordstrom Rack.

Since March of last year, 51% of consumers said they’ve primarily been buying shoes on the internet, according to the survey. But post-pandemic, 59% say they’ll be returning to shopping mostly in stores, AlixPartners found.

“People want to be in store because they want to try on shoes before buying, and that’s even more heightened for kids,” said Raj Konanahalli, a managing director in the consumer products practice at AlixPartners. “So, this notion that the shift to online is permanent and the store is dead … that is really not true, according to our survey.”

People are likely drawn to department stores for their expansive assortments of shoes, including a mix of high- and low-end brands and styles, as well as for the customer service, Konanahalli said.

AlixPartners’ survey further found that shoppers are likely to try a variety of shoe brands each year — rather than sticking to one or two. And again, that positions department stores’ sprawling shoe floors as an ideal place to choose from, Konanahalli added.

While Macy’s doesn’t break out what percentage of its revenue comes from shoes, Nordstrom said 26% of its net sales last year were from footwear, up from 24% the prior two years. Nordstrom’s net sales in 2020 totaled $10.4 billion.

Nordstrom, ironically, started as a shoe store in the Seattle area in 1901. Years later, it expanded into other goods. Its New York City store — opened in October 2019 — features a cocktail bar in the center of the women’s footwear department, which holds over 100,000 pairs of shoes.

Department stores have been investing in shoe departments. Bloomingdale’s, which is owned by Macy’s, totally remodeled its women’s shoe floor at its flagship location on the Upper East Side of New York City in 2018.

Seventy-three percent of adults have been buying footwear for themselves every six months or more frequently, AlixParters survey found. Meanwhile, 48% say they’ve bought new shoes for their children either monthly or twice a month. Footwear is one category that has been especially strong as stimulus checks hit bank accounts, more Americans receive a Covid-19 vaccine and spring temperatures warm up much of the country.

What kind of nexus is substantial enough to allow a state to tax a business’s sales in interstate commerce? In its 2018 decision in , the U.S. Supreme … END_OF_DOCUMENT_TOKEN_TO_BE_REPLACED