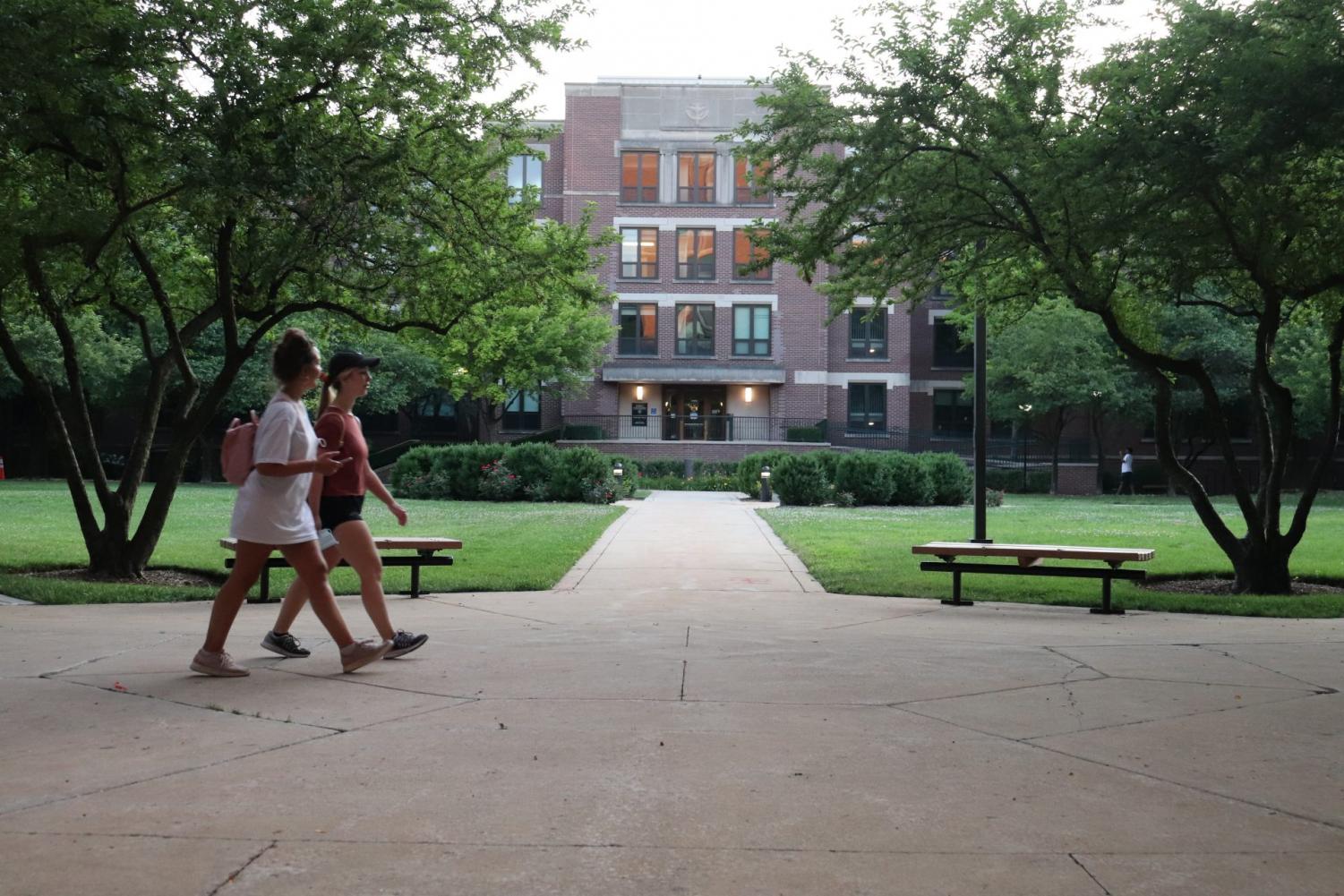 Students walk on the Quad, located on the Lincoln Park campus.

While everyone was sheltered inside their homes during the first surge of the Covid-19 pandemic last year, a DePaul student-athlete wanted to showcase how their team was still training amidst all the restrictions and protocols.

But there wasn’t a definitive way to produce, edit and release a video capturing those workouts that the public could view.

That student-athlete took their concept to Brad Riddell, associate professor of screenwriting at DePaul, in an effort to bring their idea to life. Riddell declined to disclose the student-athlete’s name during an interview with The DePaulia.

After months of figuring out all the logistics for this project, DePaul athletics announced on April 14 a partnership with the College of Computing and Digital Media (CDM) and the School of Cinematic Arts to offer a new documentary course to undergraduate students.

“The outcome of this partnership will not only provide our filmmakers with valuable experience and portfolio material necessary for a future career in the industry, but it will also serve to elevate DePaul athletics’ programs and allow student-athletes a platform to share the causes and issues that are important to them,” Riddell said.

The idea fit what new athletic director DeWayne Peevy was looking for in terms of growing the athletic department’s brand. When it was presented to Peevy and DePaul athletics, they were sold on the partnership.

The class will be launched in time for the upcoming fall quarter. Students will form teams to work with Riddell and the athletic department to create short nonfiction, candid films telling stories of DePaul athletic teams and student-athletes.

“The storylines college athletics fosters around diversity and inclusion, teamwork, passion and perseverance are often unmatched,” said Taylor Stapleton, DePaul senior associate athletic director for revenue generation and strategic initiatives. “The challenge for athletic departments is finding ways to tell these unique stories in a meaningful way. Through the School of Cinematic Arts, we found a natural synergy. Not many athletic departments are fortunate to have such an accomplished and nationally renowned film school on their campus.”

The idea for the class was first fleshed out in the CDM department before it was presented to Peevy and his team. Riddell’s speciality is more in screenwriting rather than filmmaking, so he needed assistance from his department when putting the proposal together.

Since this class will be considered a pilot program, it’s up to changes and alterations if something isn’t going as planned. But the initial plan is to have the athletic department talk to its students-athletes to figure out potential storylines that can be told in a film format.

“The demand for filmed sports entertainment has never been higher,” said Gary Novak, director of the School of Cinematic Arts. “The partnership between the School of Cinematic Arts and the Athletics Department will allow DePaul’s film students to gain valuable experience creating this type of content while at the same time telling the compelling stories of DePaul’s talented athletes.”

DePaul athletes will not have to participate in any video that they are not comfortable with. But the athletic department will talk to different teams and athletes to figure out who might be interested in partaking in the projects.

Riddell said he can foresee a situation where students will work on a project for multiple quarters if that’s what the film requires. According to Riddell, students can repeat the class.

“We are going to meet every week to drive the process forward, scheduling, outlining, making sure that we have thought everything through,” he said.

More than half of the digital data firms generate is collected, processed and stored for single-use purposes. Often, it is never re-used. This could … END_OF_DOCUMENT_TOKEN_TO_BE_REPLACED