Is this the moment Daniil Medvedev steps up to the next level? The 25-year-old has won the ATP Finals and the ATP Cup, and could now add a maiden grand slam to his haul. But standing in his way is top seed, world No. 1 and defending Australian Open champion, Novak Djokovic. It’s the young pretender vs the master, so read on as we explain how to watch the Australian Open final online and get a Novak Djokovic vs Daniil Medvedev live stream wherever you are today.

Medvedev is on a 20-match winning streak, with Stefanos Tsitsipas becoming his latest victim in the semi-final. The fiery Russian needed just three sets to stop the Greek – his fifth straight-sets victory in Melbourne.

It’s not been quite as smooth a ride for Djokovic, who has not been a happy camper over the past fortnight. The Serb has been spiky, and has attributed his laborious performances to an apparent injury, though his standards have picked up as the tournament has progressed.

He’s also got history on his side. The Aussie Open has become the Djokovic Cup over recent years, with Novak winning eight out of a possible 13 titles since 2008. It was his first ever major, and now it’s his to lose.

But if anyone can stop him it’s Medvedev, who crushed him 6-3, 6-3 at the ATP Finals in November. Don’t miss a single point from Melbourne Park because it couldn’t be easier to get an Australian Open live stream from anywhere. Watch all the drama unfold by following our Novak Djokovic vs Daniil Medvedev live stream guide below to watch Australian Open final online right now.

How to watch a FREE Australian Open final live stream: Djokovic vs Medvedev in the country

Once again, Aussie tennis fans can watch all of the Australian Open final action without paying a penny thanks to Channel 9, which is completely FREE to watch.

Better still, you can stream the Australian Open final for FREE on the 9Now streaming service. All you need to do to stream the tennis is register with your email address and provide your local, Australian ZIP code (such as 3000 for Melbourne).

Novak Djokovic vs Daniil Medvedev is set to begin at 7.30pm AEDT on Sunday evening.

If you’re currently out of the country but want to catch that free Australian Open final coverage on Channel 9, you’ll need to get yourself a VPN. Here’s how that works.

For broadcast and streaming details in tennis-mad countries like the UK, Australia, US, Canada and New Zealand, just scroll down the page – everything you need to know is there, including details of who is showing the tennis.

But if you try to watch your domestic coverage from somewhere outside your home country, you’ll soon find a problem – geo-blocking. That’s where the broadcaster prevents you from watching your usual feed from abroad. It’s a common problem for sports fans all over the world. Fortunately, there’s an easy solution.

ExpressVPN – get the world’s best VPN
We’ve put all the major VPNs through their paces and we rate ExpressVPN as our top pick, thanks to its speed, ease of use and strong security features.

It’s also compatible with just about any streaming device out there, including Amazon Fire TV Stick, Apple TV, Xbox and PlayStation, as well as Android and Apple mobiles.

Sign up for an annual plan now and get an extra 3 months absolutely FREE. And if you change your mind within the first 30 days, let them know and they’ll give you your money back without a quibble.

Once you’ve chosen and installed your VPN of choice, simply open the service’s corresponding app, hit ‘choose location’, select the appropriate country and you’ll be able to watch the broadcast as if you were back at home.

How to watch Australian Open final 2021: live stream Djokovic vs Medvedev online in the US

In the US, Australian Open coverage comes courtesy of ESPN and the Tennis Channel, which also has rights to the tournament but will only be showing it on linear TV.

Both of these are cable-based services, though, so in order to watch the Australian Open online you’ll need to be a paying customer. Or have a good over-the-top streaming service that gives you access to the same channels for a fraction of the price!

Of the many and varied options, the best for tennis fans wanting to watch an Australian Open final live stream is Sling TV, whose Sling Orange package features ESPN channels for just $35 a month – check out a FREE Sling TV trial or save $10 on your first month, the choice is yours.

Throw in its Sports Extra add-on for an extra $15 a month to get the Tennis Channel and more – and you’re done for just $50 a month. That’s much less than the competition and WAY less than cable!

Alternatively, fuboTV is an even more complete end-to-end cable replacement services, which offers both ESPN and the Tennis Channel as well on plans starting from $64.99 a month for over 120 channels.

Novak Djokovic vs Daniil Medvedev is set to begin at 3.30am ET/12.30am PT on Saturday night/Sunday morning.

New or existing subscribers to US streaming services can still access the platform of their choice from abroad, too – all you need is the help of a good VPN.

In Canada, you can watch the Australian Open final on English-language TSN or French-language RDS – but they’re premium channels that typically come with a pay TV package.

If you get them as part of your cable deal, then you’ll just be able to log in with the details of your provider and get access to an Aussie Open live stream.

If you don’t have cable, then you can subscribe to TSN or RDS on a streaming-only basis from just CA$4.99 a day or (much better value) $19.99 a month.

Novak Djokovic vs Daniil Medvedev is set to begin at 3.30am ET/12.30am PT on Saturday night/Sunday morning.

If you decide to subscribe or already have, remember you can take your favorite sports streaming service with you wherever you go – just try our No. 1 overall rated VPN 100% risk-free for 30-days and follow the instructions above.

How to live stream Australian Open final: watch Djokovic vs Medvedev tennis in the UK

Tennis fans based in the UK can watch the Australian Open final action via Eurosport, which means you need to have a subscription to tune in.

Eurosport is available with basic Sky TV packages or via a Eurosport Player pass, which costs either £9.99 per month or £39.99 if you’re ready to commit to a whole year.

Novak Djokovic vs Daniil Medvedev is set to begin at 8.30am GMT on Sunday morning.

Not in the UK right now? Don’t panic, as downloading and installing a VPN as described above will let you tune in just as you would if you were back at home in Blighty.

Live Australian Open coverage in New Zealand comes courtesy of Sky Sport, which is available as part of a range of pay TV packages.

Subscribers can watch online using the country’s Sky Go service, while cord-cutters and anyone else can try the Sky Sport Now streaming-only platform – where a weekly pass costs just $19.99.

Novak Djokovic vs Daniil Medvedev is set to begin at 9.30pm NZDT on Sunday night.

Anyone in New Zealand from abroad or vice-versa can use the VPN route outlined earlier to access their preferred coverage just like they would at home. 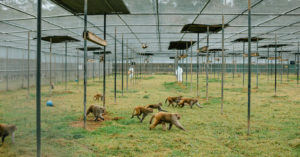 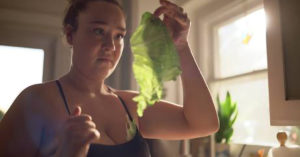 Companies are constantly on my case about breasts.As an advertising reporter who happens to be eight months pregnant, I have been targeted … END_OF_DOCUMENT_TOKEN_TO_BE_REPLACED 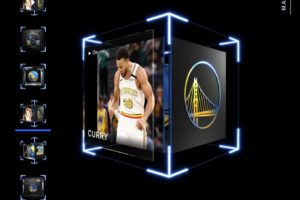