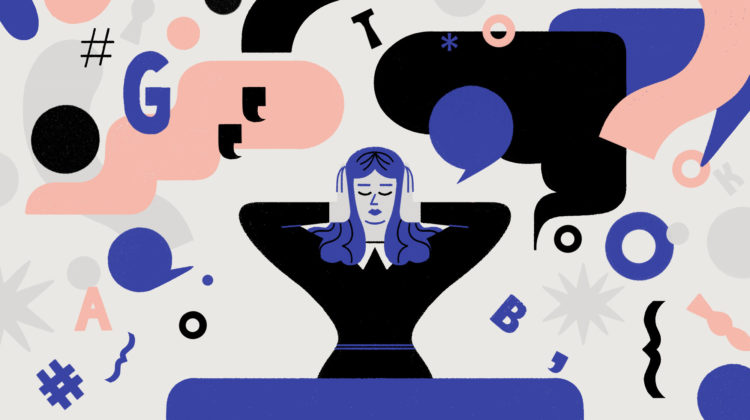 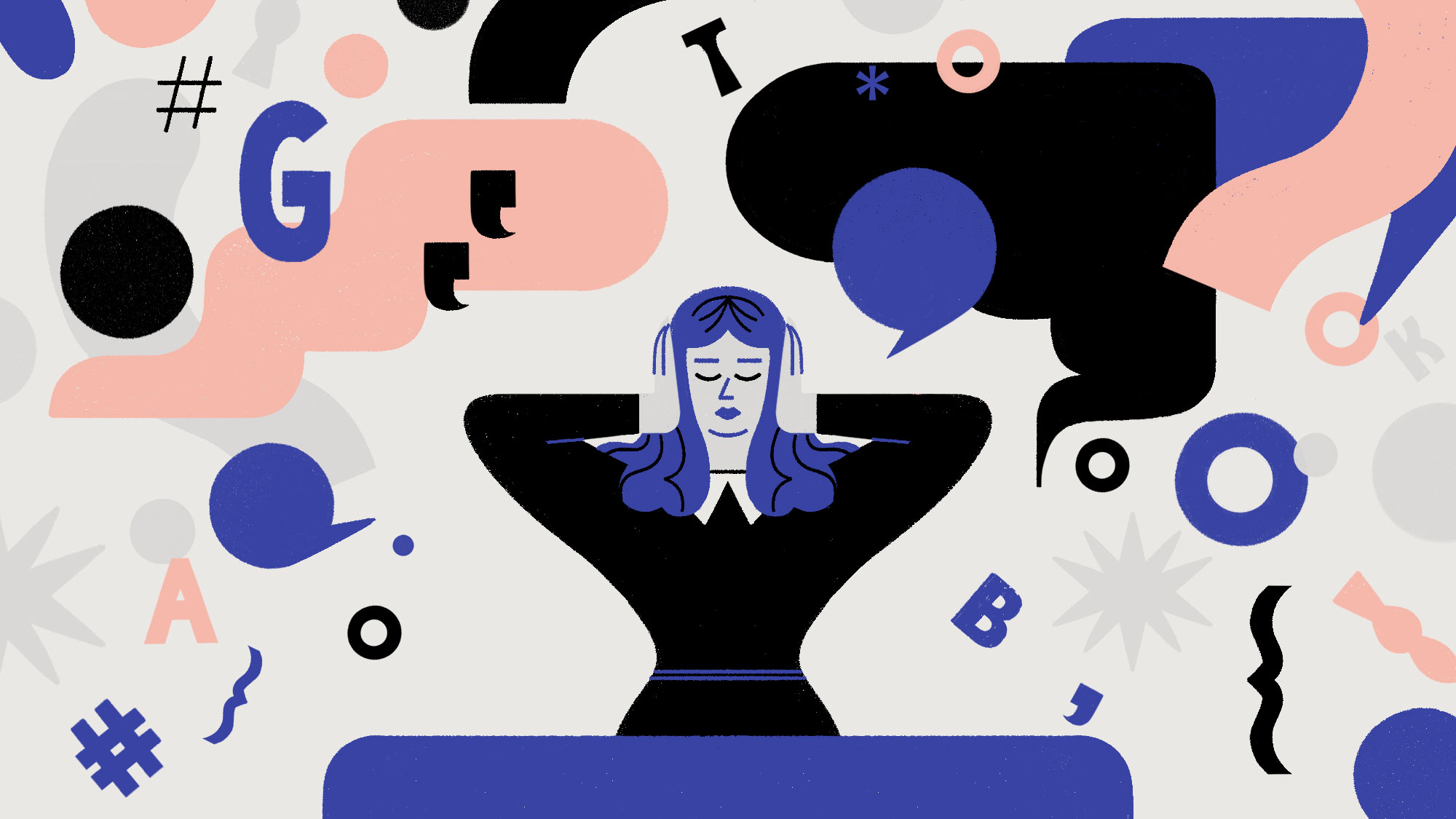 Whether it’s synergistically leveraging strategic competitive advantages or disintermediating retail channels with bleeding-edge technologies, workplace jargon is a staple of the modern organization. Yet few things are more universally annoying. People love to complain about jargon, saying that it’s unnecessary, empty, pretentious, or hard to understand. Organizational researchers use it to measure employee perceptions of “bullshit” at their offices. Many industry and government leaders criticize it or have even tried to regulate against its use. Despite these complaints, however, jargon continues to thrive in most professions. Whether you’re a consultant, nurse, truck driver, or librarian, you probably hear and use a fair amount of jargon. But if jargon is so disliked, why is it so common?

To answer this question, we must first define what we mean by “jargon.” Jargon refers to terms, expressions, or acronyms that are specific to a particular industry or professional group. Each industry has its own jargon, and it’s used in place of more easily understood, less-professional alternatives. Like fashion, it’s often faddish, changing seasonally (“cutting edge” became “bleeding edge” after “think outside the box” became a cliche). It can include metaphors, figures of speech, acronyms, or repurposed terms (for example, “a 30,000-foot view,” “EOD,” or “disrupt”).

While people sometimes use the terms jargon and slang interchangeably, they’re not the same thing. Slang is informal and used in more social settings. They are related, however, as both slang and jargon convey information not only about what the speaker is saying, but also about the speaker themselves.

Jargon thrives in workplaces because it fulfils a number of fundamental needs. In some contexts, it produces efficient and accurate communication. For example, air traffic controllers speak with a phonetic alphabet instead of letters for this very reason (for example, reading a plane tail number as “Alpha Bravo12” instead of “AB12”). Jargon can also facilitate social bonding between speakers and audiences by reinforcing a shared identity. Google, for example, helps new recruits learn “googly” terms during their onboarding. Jargon is also a linguistic tool that people can use — consciously or unconsciously — to signal their membership in a professional community. For example, using the term “ink stick” instead of “pen” might signal current or former membership in the U.S. military.

In our research, we examined another motive for using jargon: Insecurity and the desire for status in one’s profession. Research has shown that status brings influence, material benefits, and psychological well-being to those who have it, whereas lacking status leaves one vulnerable to misfortune. People often compensate for a lack of status by trying to signal that they have more of it than they actually do. They may conspicuously advertise their accomplishments or highlight their memberships in prestigious groups. For example, lower-status academics are more likely to include “Dr.” or “PhD” in their email signatures than those with higher status. Experiments have also shown that people who feel insecure about their status are willing to spend more on visible high-status consumer products, but won’t spend more on products nobody will see.

Building on this work, we explored whether having lower professional status motivates people to use more jargon in the workplace. We focus specifically on professional status (and not general socioeconomic status), because each profession has high- and low-status members within it. Across a series of studies, we confirmed that jargon sometimes functions like a fancy title, a conspicuously displayed trophy, or an expensive, branded watch — people use it to signal status and show off to others.

To understand why, we put a different group of participants into a high or low professional status scenario involving academic jargon. Subjects were playing the role of researchers at a conference who were about to give a presentation to an audience. We again gave them a choice of how to communicate, and this time, we asked them to explain their choice. Low-status participants again preferred to use more jargon, and the explanations for their choice emphasized wanting to look good in the eyes of others. In the high-status condition, however, participants were more focused on communicating effectively and being understood clearly. In other words, the lower-status participants used more jargon because they were preoccupied with how they would be judged by others.

To test whether low status predicts jargon use in the real world, we looked at the top 200 universities in the U.S. based on the U.S. News and World Report’s university rankings. We examined whether students from lower-status universities would use more academic jargon. We collected over 64,000 dissertations and assessed the amount of jargon used in their titles. To measure academic jargon, we looked at language complexity (“readability”) as well as a count of the number of acronyms used. Consistent with our experimental findings, we found that authors from lower-status schools used more jargon in their titles on average than authors from higher-status schools, even after controlling for things like dissertation topic and length.

While jargon is associated with many potentially beneficial outcomes, from improved communication to group bonding and membership signaling, it can also impose costs. For example, it can make communication more difficult for group outsiders and lead them to disengage. In fact, there are whole industries and job functions devoted to translating between professional groups and their customers. Jargon can make people feel excluded. It can sound meaningless and be called bullshit. In ongoing follow-up work we’re conducting, we’ve also found that jargon use can hurt impressions of a speaker; audiences often view these speakers as conniving, manipulative, or less likeable.

If you’re concerned about the potential negative effects of jargon on you or your organization, consider the following four steps:

First, you need to understand the context to know whether jargon might be helping or hurting you. When credibility and formality are important, jargon use may be beneficial. For example, in some sales situations, jargon use can give customers confidence that you’re an expert. When the understanding and engagement of a broad audience are paramount, however, excessive jargon may be costly. The risk of misunderstanding is greater when an audience is comprised of members from different industries, job functions, or experience levels. Understanding where and when excessive jargon may be costly for you is the first thing to do.

Ask yourself if there’s a simpler way to communicate the same idea or if the audience commonly uses the same jargon. Our findings show that visible reminders of the importance of being understood lead to less jargon use. Some companies even include “no needless jargon” or “clear communication” statements in their formal values. Finally, using both jargon and non-jargon equivalents, at least initially, can demonstrate your expertise while also ensuring that the audience understands your message.

Start at the top.

If you want to reduce excessive jargon use in your company, start with communications from the top. Low-status professional members use jargon precisely because they associate it with status, so breaking that association is key. Executive communications that use clear and unambiguous language can help set the tone. It’s especially helpful to set a precedent at corporate events, as these will influence daily communication norms. Finally, orientation and onboarding processes can be a good place to emphasize desired communication norms to newcomers. But be aware that language norms, like other aspects of company culture, may take a while to change.

We’ve experimentally demonstrated what you may have already suspected: People use jargon not just to communicate, but also to show off. In other studies, we’ve shown that this can make you appear manipulative and less likeable. Letting others know why you or your organization don’t espouse excessive jargon sends a clear message that you’re confident in your abilities and interested in being understood rather than showing off. Warren Buffet uses this technique frequently at his shareholder meetings, where he explains that he communicates so as to be understood by his two sisters, who are not active in business. This strategy of emphasizing that you’re communicating in order to be understood may give audiences further confidence in you and your organization.

While professional status concerns can lead speakers to “elucidate” rather than “explain” and “leverage” rather than “use,” it is possible to foster a culture of clear communication and reduce the costs of needless jargon for you and your organization.

After ‘The Voice’ and BET, two Mississippians give one last concert before heading to L.A. Published 6:45 am Monday, January 30, 2023 … END_OF_DOCUMENT_TOKEN_TO_BE_REPLACED