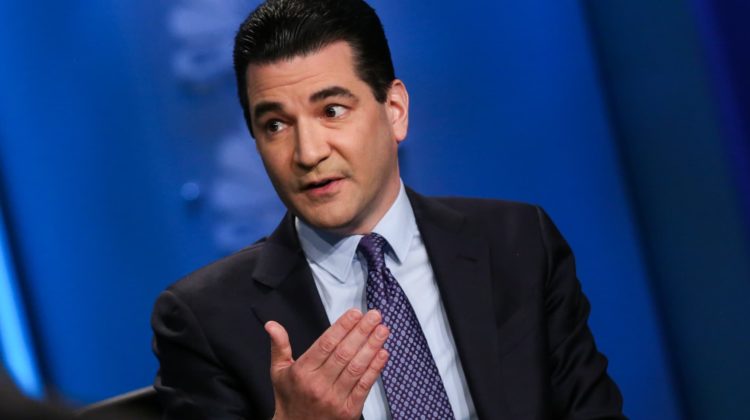 “Leaving the masks in place, having that be the last thing we lift, I think that’s prudent,” the former Food and Drug Administration commissioner said on “Squawk Box.”

Gottlieb made his comments one day after Democratic Gov. Ned Lamont of Connecticut announced an easing in restrictions to take effect this month. They include lifting capacity limits on restaurants, churches, hair salons and retail stores, among others, beginning March 19. But Lamont will retain the statewide mask mandate. Texas and Mississippi — two states run by Republican governors that have recently moved to scrap pandemic restrictions — are also eliminating their mask mandates.

Gottlieb said he found Lamont’s approach to be the right one, given the progress made on Covid vaccinations. Gottlieb, a resident of Connecticut, has served on a pandemic advisory team for Lamont.

“I think it’s the kind of thing we need to be doing around the country, is at least providing a map of where we’re heading if the situation continues to improve without taking our foot off the brake all at once,” said Gottlieb, who led the FDA in the Trump administration from 2017 to 2019.

Coronavirus cases in America have declined sharply from their peak in January, which coincided with the continued rollout of Covid vaccinations to a larger share of the country’s population. At the same time, top health officials have urged U.S. residents to avoid complacency, warning that more contagious virus variants threaten to undermine the nation’s progress.

“So much can turn in the next few weeks,” CDC Director Dr. Rochelle Walensky said this week. “How this plays out is up to us. The next three months are pivotal.”

Gottlieb — a member of Pfizer‘s board, which makes a Covid vaccine — said the emerging virus strains are important to watch for states that plan to ease restrictions. The B117 variant, first discovered in the U.K., is growing in Connecticut, Gottlieb said. “If the situation changes, I’m sure they’ll reassess it.”

Lamont’s rollback of restrictions in Connecticut differs significantly from the moves of GOP Texas Gov. Greg Abbott, who in a tweet earlier this week declared his state “OPEN 100%.”

In Connecticut, performing arts venues and movie theaters will still have capacity capped at 50%. Additionally, dining rooms at restaurants will have to close at 11 p.m. ET.

Gottlieb said he personally would continue avoiding eating indoors, a stance he has maintained during the pandemic. “I’m going to be going out to restaurants I’m sure over the course of March, but I’m going to be eating outside,” Gottlieb said. “It just doesn’t seem like a risk worth taking to me.”

At the same time, Gottlieb said the overall risk dynamics for Covid have changed considerably due to the vaccine rollout.

As of Thursday, roughly 16% of the U.S. population has received at least one dose, according to data compiled by the Centers for Disease Control and Prevention. Pfizer and Moderna‘s vaccines require two doses, while Johnson & Johnson‘s recently cleared vaccine is a single shot.

About 21% of Connecticut residents have received at least one vaccine dose, according to the CDC.

“Connecticut has done a lot better than most states in getting vaccines into their older population,” Gottlieb added. “They’ve done an age-based approach. They’ve been very successful in getting 65 and above vaccinated, so as the overall vulnerability of the population declines, it allows you to lean forward a little bit.” Age is one of the biggest risk factors for developing severe Covid and possibly dying.

“If we have 1,000 infections now in the state, that’s a lot different than 1,000 infections 10 months ago when none of the vulnerable residents of the state were vaccinated,” Gottlieb said. “I think you need to try to provide a pathway that allows people to gradually get back to normal activity.”

After ‘The Voice’ and BET, two Mississippians give one last concert before heading to L.A. Published 6:45 am Monday, January 30, 2023 … END_OF_DOCUMENT_TOKEN_TO_BE_REPLACED

Despite increasing layoffs across the country, demand for IT pros remains high, especially for software developers and senior software … END_OF_DOCUMENT_TOKEN_TO_BE_REPLACED