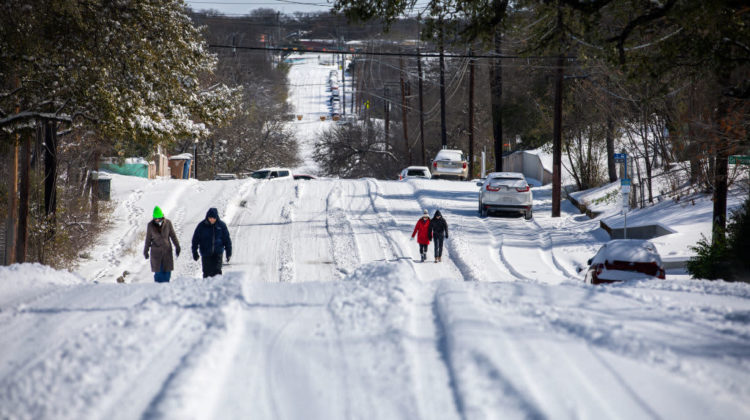 Pedestrians walk on an icy road on February 15, 2021 in East Austin, Texas. Winter storm Uri has brought historic cold weather to Texas, causing traffic delays and power outages, and storms have swept across 26 states with a mix of freezing temperatures and precipitation.

Energy prices jumped Tuesday as a deep freeze in the South boosted demand for fuel and hampered production.

More than 4 million people were without power across Texas on Tuesday morning, according to poweroutage.us, as the electric grid couldn’t keep up with heightened demand, forcing utilities to implement rolling blackouts in some cases.

“The majority of heating needs are met via electrical baseboard or heat pumps in the southern region,” said John Kilduff, founding partner at Again Capital. “The demand for electricity over the weekend rivaled peak summer heat-wave levels.”

“The storm that has crippled the Midwest and Northeast was much worse than expected,” said Jeff Kilburg, CEO at KKM Financial. “Frigid temps and speculators caught short are dramatically moving futures prices higher.”

The storm knocked out about 30 gigawatts of generation capacity, according to estimates from ClearView Energy Partners, just as consumers were driving up demand to heat their homes. Ultimately, there just wasn’t enough supply, forcing power companies to turn to the open market to buy electricity.

“Weather is severe enough to curtail supply when demand is near all-time high levels,” RBC analysts said in a note. “Certain regional natural gas spot prices have shot up 10- to 100-fold in a matter of days.”

West Texas Intermediate crude futures, the U.S. oil benchmark, broke above $60 for the first time in more than a year on Monday, and held that level during Tuesday morning trading. Brent crude, the international oil benchmark, slid 21 cents to $63.09 per barrel.

Generating units across fuel types have been forced offline — including some wind production — and pipeline freezes are impeding the flow of natural gas and crude oil. Texas is the largest crude oil and natural gas producer in the U.S. and has 30 refineries, according to data from the U.S. Energy Information Administration.

Andy Lipow, president of Texas-based Lipow Oil Associates, said that of the 2.6 million people in Texas without power on Monday, only 70,000 were impacted by downed power lines or trees. He estimates that a million barrels per day of crude oil production has been taken offline, roughly 40% to 50% of natural gas production in the Permian Basin has been shut in, and about 50% of wind power production is down thanks to frozen blades.

The energy sector gained more than 3% during early trading on Tuesday. Marathon Oil spiked 9%, while Occidental Petroleum and Apache were up more than 5%. Exxon, Devon Energy and ConocoPhillips were all up more than 3%.

On Sunday, President Joe Biden declared a state of emergency in Texas as the storm brought snow and ice from Arkansas to Indiana. The storm is forecast to move from the Ohio Valley through Pennsylvania and into Maine, according to the National Weather Service.

“It’s unprecedented in terms of what we’re seeing both on the demand side, and in terms of the supply side,” said Helima Croft, global head of commodity strategy at RBC.

Our coverage of the DBTA 100 2021 features eight data protection vendors our editors are tracking. For a larger list, see our Data Protection Buyer’s … END_OF_DOCUMENT_TOKEN_TO_BE_REPLACED 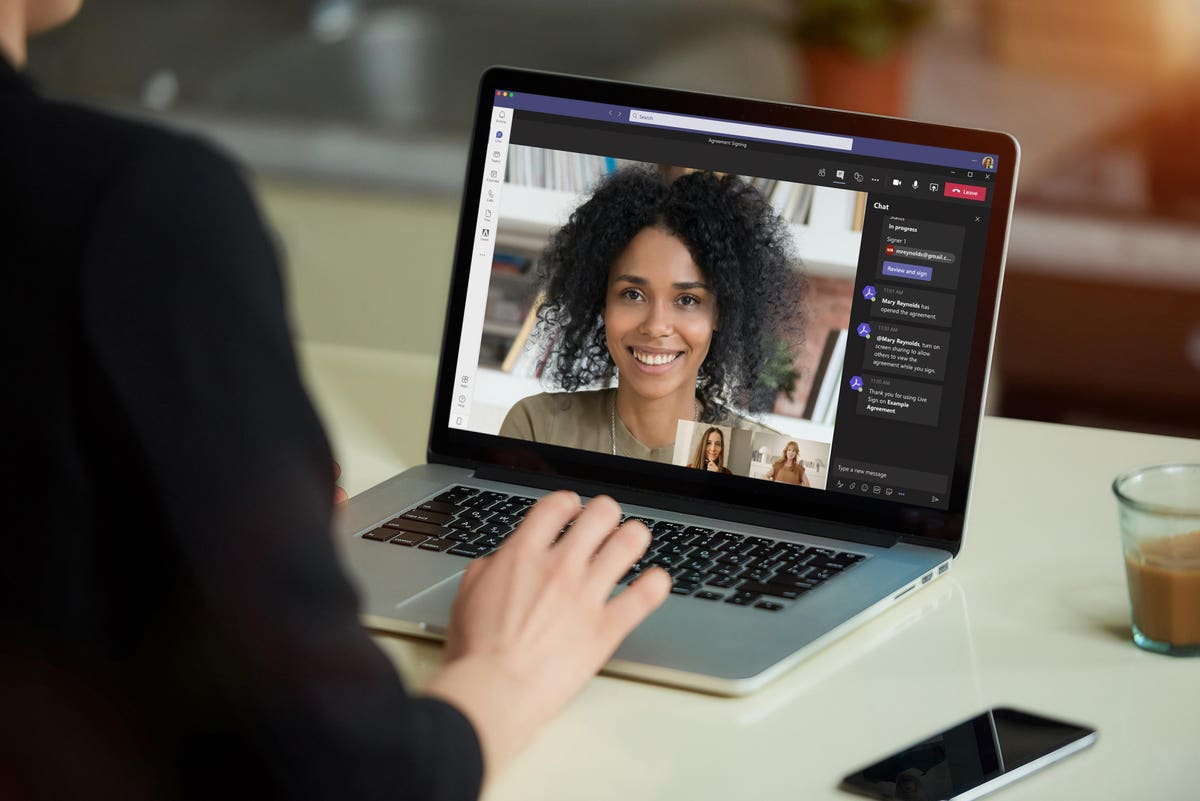 By Rama Ramaswami Most organizations have developed workflows to manage the processes that run their business for decades. But as more and more … END_OF_DOCUMENT_TOKEN_TO_BE_REPLACED

The Cognitive Computing Market is expected to grow at a CAGR of 6.32% and is poised to reach US$XX Billion by 2027 as compared to US$XX Billion in … END_OF_DOCUMENT_TOKEN_TO_BE_REPLACED