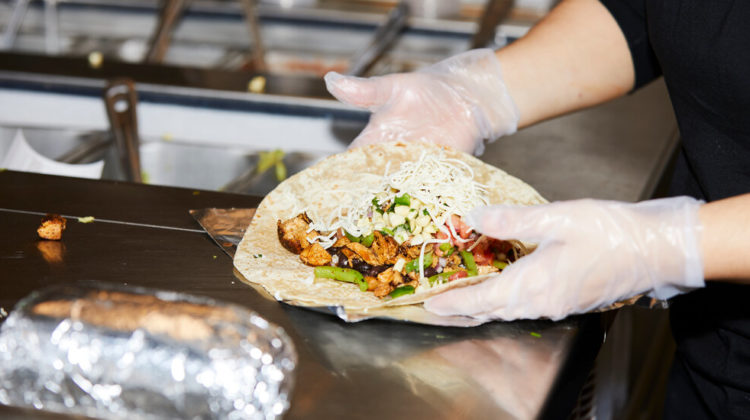 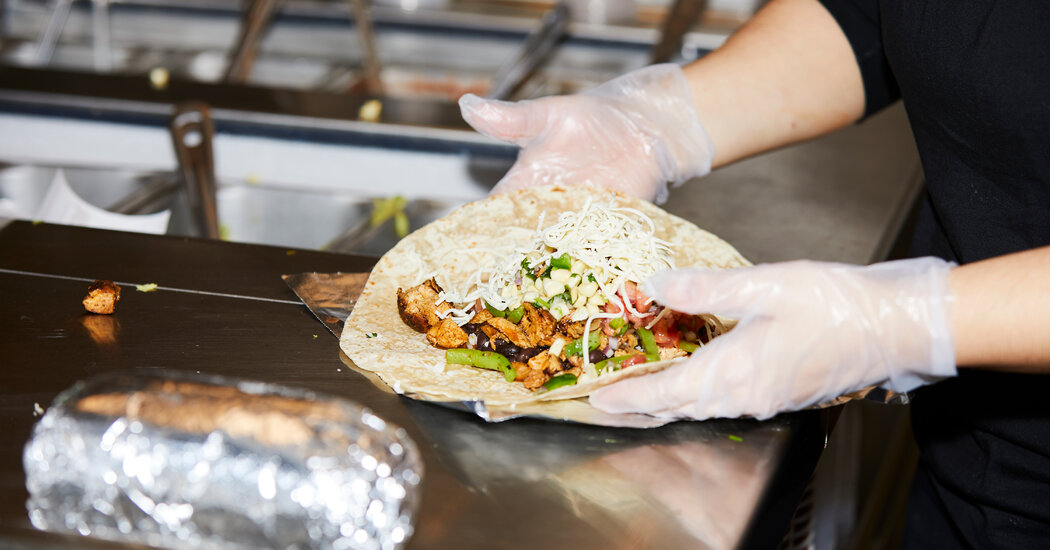 Announcing phony news on April Fools’ Day is one of corporate America’s favorite occasions for shameless publicity stunts. But when stonks, Dogecoin and $69 million JPG files are real things that warrant serious business coverage, the risk of jokes being taken seriously could hardly be higher. Some say that’s a good reason to skip them, not to mention the gravity that a pandemic has cast over things.

With that in mind, can you spot the prank among these recent announcements? (Scroll to the bottom for the answer.)

A: To celebrate National Burrito Day today, Chipotle is giving away $100,000 worth of Bitcoin.

B: Volkwagen’s U.S. operation is changing its name to “Voltswagen” to emphasize the company’s push into electric vehicles.

D: Krispy Kreme is giving anyone who shows proof of Covid-19 vaccination one free doughnut per day for the rest of the year.

E: Managers at Goldman Sachs are giving junior bankers gift baskets with fruit and snacks in response to complaints about burnout.

Business groups challenge President Biden’s proposed corporate tax increases. The Business Roundtable and U.S. Chamber of Commerce were among those that praised Mr. Biden’s plan to spend trillions on infrastructure. But they rejected his idea to pay for it by raising taxes, saying that doing so would endanger the economic recovery.

The latest setbacks in quelling the pandemic. Johnson & Johnson said it would delay future shipments of its vaccine after a mix-up at a manufacturing plant. A top E.U. official said the bloc would allow “zero” shipments of AstraZeneca’s vaccine to Britain until the drugmaker fulfilled its commitments to Brussels. And France announced a third nationwide lockdown as its cases mount and inoculation efforts lag.

A tough day for initial public offerings. As Deliveroo had “the worst I.P.O. in London’s history,” other offerings also struggled. In the U.S., the SoftBank-backed real estate brokerage Compass priced at the bottom of a reduced range, while the low-cost airline Frontier sold at the low end of expectations. And in Canada, the space tech company MDA priced below its range.

Microsoft wins a huge contract to make augmented-reality headsets for the U.S. Army. The tech giant will receive up to $22 billion for equipping soldiers with sensors based on its HoloLens technology. It’s another big defense contract for Microsoft, which beat out Amazon to provide a $10 billion cloud computing system for the Pentagon.

Executives get a ‘sense of urgency’ in Georgia

A day after 72 Black executives signed a letter calling on companies to fight restrictive voting bills more forcefully, executives have begun speaking out more directly about laws that limit ballot access. But their statements came too late to affect a sweeping law passed last week in Georgia that added new requirements for absentee voting, limits on drop boxes and other restrictions that have an outsize impact on Black voters.

Delta and Coca-Cola reversed course. Ed Bastian, Delta’s C.E.O., told employees, “I need to make it crystal clear that the final bill is unacceptable and does not match Delta’s values.” James Quincey, Coca-Cola’s C.E.O., said he wanted to be “crystal clear” that “the Coca-Cola Company does not support this legislation, as it makes it harder for people to vote, not easier.”

“It is regrettable that the sense of urgency came after the legislation was passed and signed into law,” said Darren Walker, the Ford Foundation president, who is a board member at Pepsi, Ralph Lauren and Square.

Others companies based in Georgia remained circumspect. A UPS spokesperson said the company stood “ready to continue to help in ensuring every Georgia voter has the ability to vote.” A spokesperson for Home Depot reiterated the company’s stance that it believes “all elections should be accessible, fair and secure.” A spokesperson for Inspire Brands, the owner of Dunkin’ Donuts and Arby’s, said that it “values inclusivity” and believes that “every American should have equal access to their right to vote.”

“The argument is they are recruited, they’re used up and then they’re cast aside without even a college degree. So they say, how can this be defended in the name of amateurism?”

— Justice Samuel Alito, assessing the “stark picture” painted by college athletes in an antitrust case against the N.C.A.A. that the Supreme Court heard yesterday.

The Red Sox sold a stake to private equity. Now what?

RedBird Capital Partners confirmed its deal to buy a stake in Red Sox parent Fenway Sports Group, a transaction that values the company at $7.35 billion. DealBook spoke with RedBird’s founder, Gerry Cardinale, and Fenway’s chair, Tom Werner, about what happens next.

Buy and build. RedBird plans to acquire more teams: Mr. Cardinale noted that his company doesn’t own teams in the N.B.A., N.H.L. or M.L.S. For its part, Fenway plans to tap new opportunities in ticketing, sponsorship and media. (As part of the RedBird deal, the N.B.A. star LeBron James bought a stake in Fenway.) In media, Fenway controls NESN, and RedBird owns a stake in the YES network. “You should expect that we’re going to continue to look for ways to innovate in that area,” said Mr. Cardinale, who helped create the YES network.

The deal was a better fit for the private market instead of a SPAC, the executives said, after talks to take Fenway public via a blank-check firm fell through. “In the middle of Covid, with the mandate to re-underwrite the next wave of growth for Fenway Sports Group, we probably would be better off doing that privately and then give ourselves the option down the road,” Mr. Cardinale said of going public. He also called the current SPAC market “very frothy.”

What worked at WeWork

WeWork was founded in 2008, rose spectacularly, reached a $47 billion valuation and famously crashed before a planned I.P.O. in 2019. (It announced a deal last week to go public by merging with a blank-check firm that valued it at roughly $8 billion.) A new documentary, “WeWork: Or the Making and Breaking of a $47 Billion Unicorn,” tries to find lessons among the ups and downs. It streams on Hulu, starting tomorrow.

Jed Rothstein, the director, told DealBook that he believes what’s most compelling about WeWork isn’t what went wrong, but how it initially succeeded by turning strangers into a kind of tribe. “We still need that,” he said.

“The core idea of WeWork met a real need for community,” Mr. Rothstein said. “The voids people were trying to fill have only become more real.” After a year of social distancing, he likes the notion of curated communal spaces, which is what WeWork offered. Talking to early WeWorkers who bought the vision and later felt betrayed, he was surprised to find how much the company gave its devotees, notably a feeling that they were part of something bigger. That is worth acknowledging in a world where people will increasingly work remotely and for many different companies in their careers, Mr. Rothstein said.

WeWork’s co-founders, Adam Neumann and Miguel McKelvey, both had communal childhood experiences. Mr. Rothstein said he thought they sincerely wanted to replicate the good in group life and inspired people who hadn’t seen that before. But Mr. Neumann also focused on what he didn’t like — sharing equally — and emphasized an “eat what you kill” mentality. Ultimately, his hunger turned the community dream into a nightmare for many.

Feeling burned-out? As more workers consider a return to the office, our colleague Sarah Lyall is writing about late-pandemic anxiety and exhaustion. Tell her about how you’re coping.

April Fools’ Day quiz answer: B. If you were fooled by Volkswagen’s prank, you’re in good company. Volkswagen reportedly told journalists that a draft of the announcement was not a stunt. It later called the stunt just “a bit of fun.”

One of the biggest misconceptions about tech executives is that we are born self-assured and confident, have all the credentials, and are motivated to … END_OF_DOCUMENT_TOKEN_TO_BE_REPLACED

Hello, everyone. It's me, Bettyann Pernice, your host of the San Diego Daily — here with news of what's happening here in our community:Residents in … END_OF_DOCUMENT_TOKEN_TO_BE_REPLACED