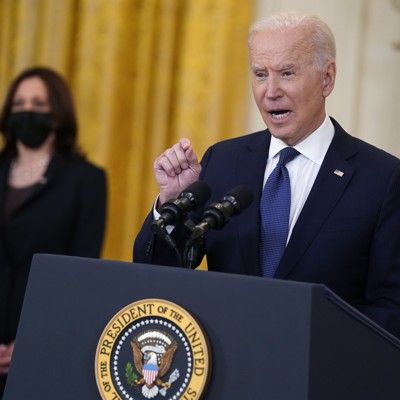 The slate of government appointees poised to serve in the first years of President Joe Biden’s administration continues to evolve.

Here’s a rundown of some recent, senior personnel moves in the federal technology realm.

The Energy Department on Monday announced that Ann Dunkin is the Biden-Harris appointee tapped to become the agency’s chief information officer.

A licensed professional engineer, Dunkin served as the Environmental Protection Agency’s CIO under President Barack Obama. More recently, she worked at Dell Technologies as the chief strategy and innovation officer, and as the County of Santa Clara’s CIO. She also spent much of her career in a variety of senior roles at Hewlett Packard Enterprise.

Dunkin was listed among several other new appointees to join DOE, including Kathryn Huff, who will be the principal deputy assistant secretary for nuclear energy.

“During the first 100 days of this administration, the DOE team has been working quickly and urgently to deliver on President Biden’s bold climate and clean energy goals—and these latest additions bring even more muscle to our efforts,” the agency’s Chief of Staff Tarak Shah said.

“He did announce he will be retiring at the end of May,” an agency spokesperson said in an email.

Janet Vogel, HHS’ chief information security officer, will take over as acting CIO when Ashmore departs on May 31. The role of HHS deputy CIO is currently vacant, according to the official.

Ashmore joined the department in the summer of 2014 and served in a variety of capacities during his tenure. He was the previously HHS’ principal deputy CIO and customer experience executive, for instance, and also worked in the human resources office, where he helped steer the revamp of a major management system. With more than 30 years of experience in the federal government, Ashmore also served at the Federal Communications Commission and at the General Services Administration, where he worked as deputy CIO and chief technology officer.

With more than a decade spent at the agency, Horton has served as DHS a senior adviser in the Office of Chief Information Officer, among other roles.

Others on the Move

Brett Goldstein is set to step down from his position leading the Pentagon’s Defense Digital Service, Politico reported Monday. Though it was a possibility, he did not opt to serve for a second term as his predecessor did.

And shortly after he was confirmed as NASA’s administrator, former Sen. Bill Nelson announced Susie Perez Quinn will serve as the space agency’s new chief of staff.

[ad_1] Superconducting quantum computers are huge and incredibly finicky machines at this point. They need to be isolated from anything that might … END_OF_DOCUMENT_TOKEN_TO_BE_REPLACED