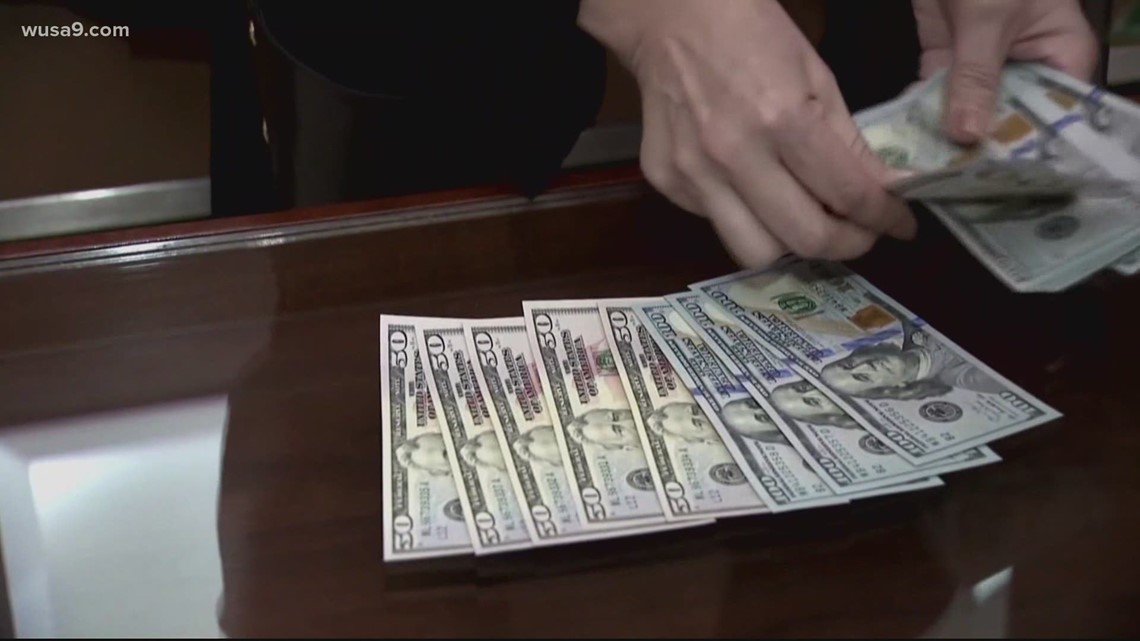 The Unemployed Workers Union has filed a class action lawsuit against Gov. Hogan and Department of Labor to extend benefits to September 2021.

BETHESDA, Md. — Many Marylanders are frustrated that they still haven’t received payments from weeks, even months ago. It comes as extra federal pandemic unemployment benefits set to run out Saturday.

Gov. Larry Hogan announced in early June that even though the federal policy allows for the extra benefits to be given out through September, Maryland would be halting the payments on July 3.

The Unemployed Workers Union filed a class-action lawsuit last week, asking a judge to overrule Gov. Hogan’s decision to end the benefits early and re-extend them to September (the federal deadline.)

The plaintiffs’ lawyer, Alec Summerfield, said a magistrate told him Tuesday that the suit should be on a judge’s desk first thing Wednesday, so they’re hoping for a decision soon.

It’s a last shred of hope for some Marylanders feeling despondent after trying to get in touch with the Department of Labor (DOL).

Issette said he hasn’t been able to get his benefits since Gov. Hogan announced the early end to the federal benefits and the filing system changed.

He said he had to refile, and it’s caused a whole host of problems.

Hoping to have an update soon on the lawsuit the Unemployed Workers Union filed against @GovLarryHogan & @MD_Labor secretary.

‘Til then, I’m looking to talk to some people who are still having issues getting their benefits.

Is that you? DM me! @wusa9 https://t.co/eckORvRBkA

“I’ve sent multiple forms to unemployment,” Issette said. “They’ll open them, it says assigned. And then, like, I won’t hear nothing. I call, I don’t know, probably 100 times a day.”

One Reddit user sent WUSA 9 a screenshot of their calls, saying they tried to get through to the DOL 500 times just on Tuesday. They said a person answered three times but ended up hanging up on them.

“I had to move out of my place and stay with family right now because I can’t afford rent,” Issett said.

Some, like Joshua Rice, who lives in Owings Mills, have never received their benefits. He filed back in August 2020.

“They say, oh, we’re updating tickets, which it does not, and they submit inquiries, which does nothing,” Rice said. “When you get an email, you don’t get a response. Everything is just like going unnoticed at this point. Pretty horrible.”

He and Auriel Farley, who lives in Greenbelt, take issue with Gov. Hogan saying it’s time to get a job. They said they’ve been trying.

“I’m a graduate of University of Baltimore master’s program. I have a Master of Science in Information Technology,” Rice said. “And I can tell you that it doesn’t take less than four weeks for you to really get a job.”

Farley said this is the first time she’s ever had to file for unemployment.

“I was working since I’ve been 14,” she said. “So not working for a period of time, like this to this magnitude is it’s does a little bit it does something to me mentally.”

Farley’s landlord has even taken her to court, because she hasn’t been able to pay rent.

“What is the government going to do? What is the Department of Labor going to do for fellow Marylanders when it comes down to receiving money because a lot of people are struggling?,” she questioned.

Other claimants said their claims have messages like “unresolved issues” or “awaiting adjudication,” and they can’t get a timeline for when they will be resolved.

The Department of Labor said with the federal benefit program ending soon, call volume has been high. A spokesperson said they will continue to add more call center agents throughout the summer.

They also said that as long as people file before July 3, they will eventually get their money — not a comforting thought for those who have already been waiting for months.

WUSA9 is now on Roku and Amazon Fire TVs. Download the apps today for live newscasts and video on demand.

Download the WUSA9 app to get breaking news, weather and important stories at your fingertips.

[ad_1] Superconducting quantum computers are huge and incredibly finicky machines at this point. They need to be isolated from anything that might … END_OF_DOCUMENT_TOKEN_TO_BE_REPLACED