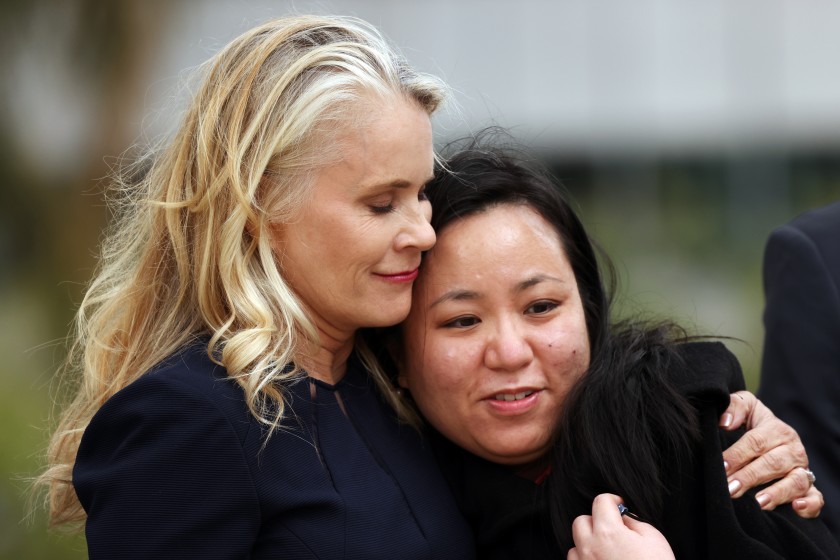 Two women, both Asian Americans raised in Southern California, enrolled in USC graduate programs a few years apart. Both went to the student health clinic for gynecological care and both ended up in an exam room with Dr. George Tyndall. Both later said they were sexually assaulted by the doctor, and struggled for years afterward to trust men and medical professionals.

When it came time for USC to compensate them for their injuries, however, their stories diverged sharply. Lucy Chi, a 2014 graduate who works in healthcare information technology, reached a settlement expected to total about $1.2 million. The other alumna, an Orange County mother, was awarded less than $200,000.

“I am sad for my kids,” the second woman said recently through tears. “I made the wrong decision.”

USC’s $1.1 billion settlements to about 17,000 former patients of Tyndall was the largest sex-abuse payout in education history. Behind the jaw-dropping numbers, however, lies a lopsided economic landscape that has left some exuberant and others feeling bruised and cheated.

Read the full story on LATimes.com.

We're all about the IT leader here at Computing - whether that's the CIO, CTO, IT director, chief architect or any one of dozens of other titles. … END_OF_DOCUMENT_TOKEN_TO_BE_REPLACED

A strategic relationship between Türk Telekom and Korea Telecom (KT) was launched on Sunday. This initiative will promote cooperation in the areas of … END_OF_DOCUMENT_TOKEN_TO_BE_REPLACED