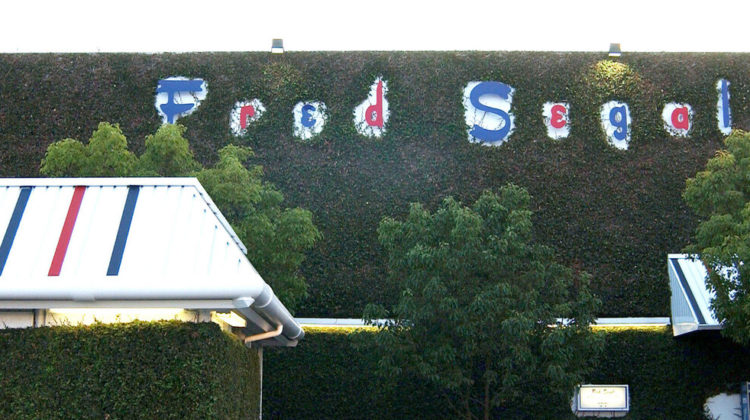 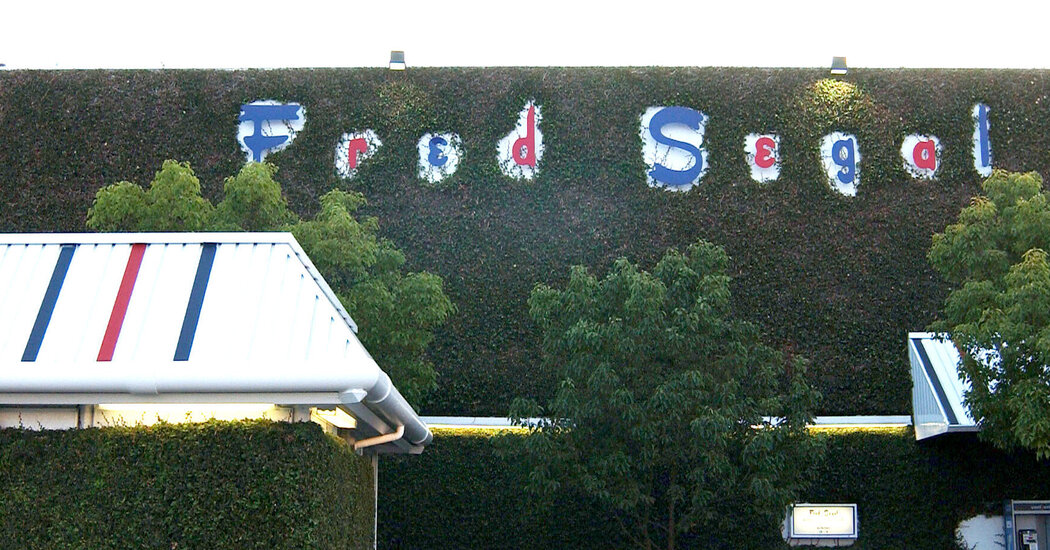 Fred Segal, whose clothing boutiques became an emblem of Los Angeles cool by selling form-fitting jeans and chambray shirts to the likes of Bob Dylan, Farah Fawcett and the Beatles, died on Thursday in Santa Monica, Calif. He was 87.

The cause was complications of a stroke, a spokeswoman for his family said.

Mr. Segal became one of the West Coast’s best-known designers and retailers in the 1960s and helped shape the image of Southern California fashion as breezy, sexy and relaxed. His namesake ivy-covered store became a hangout for fashionistas, Hollywood actors and big-name artists and musicians. For tourists, it often figured into sightseeing itineraries right alongside Grauman’s Chinese Theater and the Hollywood sign.

Mr. Segal opened his first store in 1960. It was, according to the company’s website, a 700-square-foot space on Santa Monica Boulevard that sold denim jeans, chambray shirts and pants, velvets and flannels.

In 1961, Mr. Segal and Ron Herman, his nephew, opened a shop half as large on Melrose Avenue that carried only jeans, which they sold for $19.95 a pair — a price that was practically unheard-of at the time, when men still wore suits and denim pants typically sold for $3 a pair.

“My concept was that people wanted to be comfortable, casual and sexy, so I thought it would work, and obviously it did work,” Mr. Segal said in an interview with Haute Living magazine in 2012.

People flocked to the store to buy the jeans, driven in no small part by celebrities like Jay Sebring, the hairdresser who was one of the inspirations for Warren Beatty’s character in “Shampoo,” who wore tight, flare-bottomed jeans and a fitted shirt that he had purchased at Mr. Segal’s store. Mr. Segal’s customers soon included the Beatles, Elvis Presley and Diana Ross, as well as members of the Jackson Five and Jefferson Airplane.

“When I first came to L.A. in the late ’70s, there were two things everyone talked about: Gucci bags and Fred Segal,” the writer Pleasant Gehman told The New York Times in 2001.

His designs were notable for fits that were unusual for the time. Pants were cut for men so they would fall low on the hips, for instance, and his stores also sold tightfitting French T-shirts and Danskin leotards.

In addition to his designs, Mr. Segal was among a small group of retailers at the time — the others included Tommy Perse, Linda Dresner and Joan Weinstein — who pioneered the concept of working closely with designers and selling the designers’ clothes in their stores, said Ikram Goldman, the owner of the Chicago boutique Ikram.

“They had an exquisite eye,” Ms. Goldman said. “Those are the people that discovered talent and brought it to light in a way that — before Instagram, before social media, before the news hit you — introduced collections that you hadn’t seen before.”

In 2006, a New York Times reporter described Mr. Segal as “the outfitter of those Hollywood fantasies, selling uniforms of expensive shirts and impossibly overthought bluejeans and kitten heels to the city’s well-to-do inhabitants and celebrities.”

Frederick Mandel Segal was born on Aug. 16, 1933, in Chicago. His parents, David and Helen Segal, worked multiple jobs, according to the family’s spokeswoman, and Mr. Segal grew up poor.

Mr. Segal never went to school for fashion. He worked as a traveling shoe salesman and shined shoes in Venice Beach — two jobs that let him observe people and helped him cultivate a sense for what buyers wanted.

Tired of traveling, he decided to open his first store in 1960.

Mr. Segal credited his early success to his ability to be honest with customers.

“I learned at a very young age that the area of no competition is in integrity,” Mr. Segal told Haute Living. “When I was selling in my store to my customers and they came in wanting to buy this or that, if they put an outfit on and they asked me for my advice, part of the time I’d say, ‘Take that off, don’t even buy that, that would be ridiculous, you don’t even look good in that.’ That’s really deep honesty. You don’t find that in business, you know?”

There were eventually Fred Segal stores in Taiwan and in Bern, the capital of Switzerland. In 2015, the brand opened a store in Tokyo that also included an on-site food truck that sold Mexican street corn, shrimp on a roll, and hot dogs paired with Coca-Cola and Corona.

The name Fred Segal became so well known that it was casually referenced in movies like “Clueless” and “Legally Blonde.”

After ‘The Voice’ and BET, two Mississippians give one last concert before heading to L.A. Published 6:45 am Monday, January 30, 2023 … END_OF_DOCUMENT_TOKEN_TO_BE_REPLACED

Despite increasing layoffs across the country, demand for IT pros remains high, especially for software developers and senior software … END_OF_DOCUMENT_TOKEN_TO_BE_REPLACED