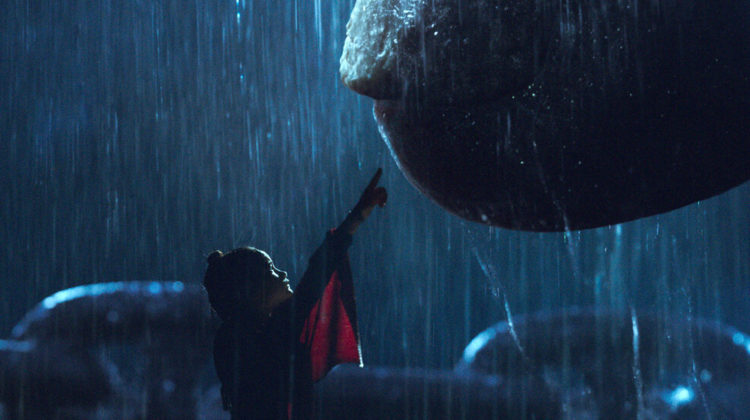 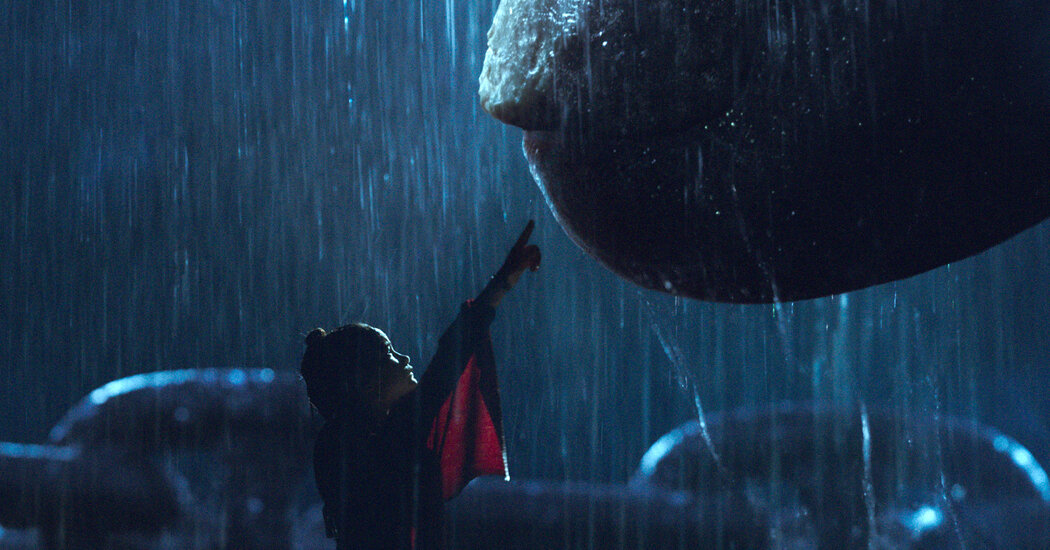 Moviegoers sent a message to Hollywood over the weekend: We’re ready to return to theaters — and will buy tickets even if the same film is instantly available in our living rooms — but we want to leave our grim world for a silly fantasy one.

“Godzilla vs. Kong,” a throwback monster movie in which a lizard with atomic breath battles a computer-generated ape on top of an aircraft carrier (before everyone decamps to the hollow center of the Earth), took in an estimated $48.5 million at 3,064 North American cinemas between Wednesday and Sunday. It was the largest turnout (by far) for a movie since the pandemic began.

The PG-13 movie was not even an exclusive offering to theaters. “Godzilla vs. Kong,” produced by Legendary Entertainment, was also available on HBO Max, a streaming service that sells monthly subscriptions for $15, less than the cost of one adult ticket at cinemas in major cities.

“People seem ready for emotional release, to experience that human connectivity — laughing together, getting scared together — and complete transportation that only movie theaters can provide,” Mary Parent, Legendary’s vice chairman and head of worldwide production, said in a phone interview.

Overseas, “Godzilla vs. Kong” collected an additional $236.9 million, including a strong $136 million in China, a market that has lately preferred local movies over imported ones. The movie has not yet opened in other major markets, like Japan and Brazil.

Some box office analysts were reluctant to declare a recovery for Hollywood, noting that coronavirus cases have been rising again in the United States and parts of Europe have returned to lockdown. David A. Gross, who runs Franchise Entertainment Research, a film consultancy, said the turnout between Friday and Sunday — while a “clear and positive indication that moviegoing has inherent strengths that aren’t going away” — was nonetheless “half of what it would have been under normal circumstances.”

About 93 percent of theaters in the United States have been cleared to open, but government guidelines limit capacity to 50 percent and, in some big cities, 25 percent. The majority of theaters in Canada remain closed.

But Warner Bros., which distributed “Godzilla vs. Kong,” was too busy popping champagne on Sunday to dwell on buzz-killing caveats. “BIG MOVIES ARE BACK WITH OUR KAIJU-SIZED OPENING!” the studio said in a news release about weekend grosses, using the Japanese term for overgrown movie monsters.

The mash-up of computer-generated titans, directed by Adam Wingard and costing about $155 million to make, benefited from strong reviews. A.O. Scott, assessing it for The New York Times, described it as an escapist romp made with “lavish grandiosity” and “zero pretension.” Ticket buyers gave the movie an A grade in CinemaScore exit polls, higher than “Godzilla: King of the Monsters” in 2019 or “Kong: Skull Island” in 2017.

As Hollywood adapts to the streaming age by making new movies more promptly available for home viewing — to the consternation of theater owners — quality matters more than ever, along with size and scope: What is worth a trip to theaters (with face coverings for the foreseeable future) and what is not?

Non-franchise films without spectacular visual effects may have a hard time, box office analysts say, pointing to the disappointing arrival of “Raya and the Last Dragon” last month. Godzilla and King Kong, on the other hand, are cinematic comfort food: time-tested, larger-than-life nonsensical fun. A large percentage of weekend ticket sales for “Godzilla vs. Kong” came from large-format theaters that charge a premium for tickets. Imax, for instance, said that about 1,000 of its screenings in North America were sellouts.

“Audiences are demonstrating that pent-up demand to experience blockbuster moviemaking on the grandest scale,” David King, an Imax distribution executive, said in an email.

That was certainly true of Iveth Vacao, who brought her 8-year-old son, Jayden, to an Imax matinee of “Godzilla vs. Kong” at the TCL Chinese Theater in Los Angeles.

“We don’t usually come to theaters, but we wanted to experience something,” Vacao said before the lights went down. “Covid has made us appreciate this kind of thing more. Sure you can get the same movie at home, but not the same experience.”

Jayden did not care to wager a guess about which creature would emerge as victorious. (“Can they both?”) But he was certain about one thing.

“When the next ‘Venom’ comes out, we’re definitely coming back,” he said, referring to “Venom: Let There Be Carnage,” scheduled from Sony in the fall. “I want to see it on the biggest screen.”