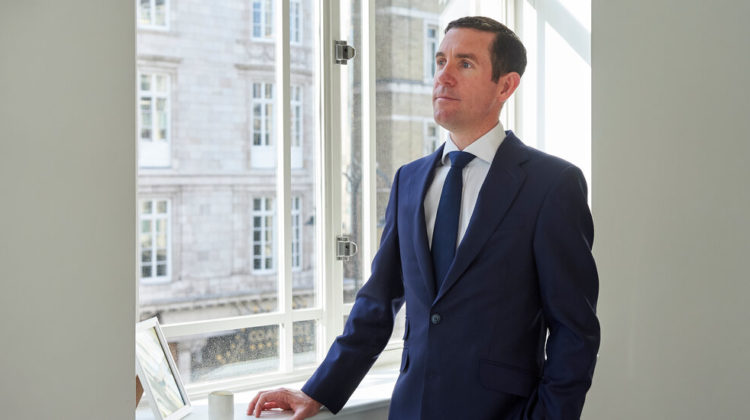 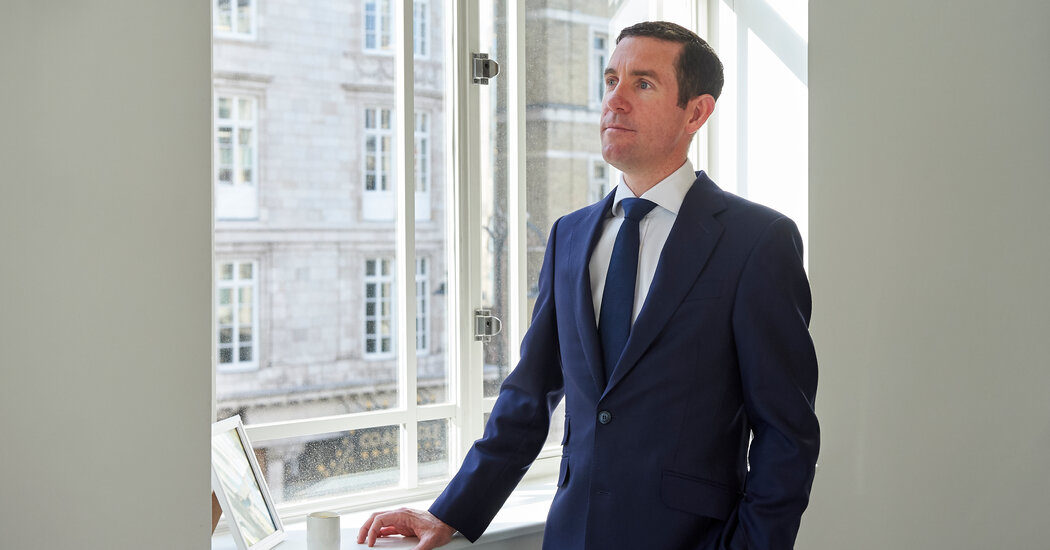 LONDON — The courthouse should have already been closed for the day.

At a hearing that began at 5 p.m. on March 1, lawyers for Greensill Capital desperately argued before a judge in Sydney, Australia, that the firm’s insurers should be ordered to extend policies set to expire at midnight. Greensill Capital needed the insurance to back $4.6 billion it was owed by businesses around the world, and without it 50,000 jobs would be in jeopardy, they said.

The judge said no; the company had waited too long to bring the matter to court. A week later, Greensill Capital — valued at $3.5 billion less than two years ago — filed for bankruptcy in London. An international firm with 16 offices around the world, from Singapore to London to Bogotá, was insolvent.

Greensill’s dazzlingly fast failure is one of the most spectacular collapses of a global finance firm in over a decade. It has entangled SoftBank and Credit Suisse and threatens the business empire of the British steel tycoon, Sanjeev Gupta, who employs 35,000 workers throughout the world. Greensill’s problems extend to the United States, where the governor of West Virginia and his coal mining company have sued Greensill Capital for “a continuous and profitable fraud” over $850 million in loans.

At the center of it is Lex Greensill, an Australian farmer-turned-banker, who in 2011 founded his company in London as a solution to a problem: Companies want to wait as long as possible before paying for their supplies, while the companies making the supplies need their cash as soon as possible.

To Mr. Greensill, 44, it was personal. He recalled watching his parents, who had a sugar cane and melon farm, struggle financially because of long waits for payments for their produce. He said it bothered him that banks would offer loans only to large firms and their suppliers, leaving small and midsize companies in the lurch.

It was “the thing that frustrated me to extremes,” Mr. Greensill said in October 2011, speaking at Manchester Business School, his alma mater.

Mr. Greensill positioned his firm as a middleman that would pay the suppliers faster — minus a small percentage as the cost of getting quick payment — and then allow time for the buyer to pay back the middleman.

It’s called supply chain finance, and it’s a traditional form of lending in the business world.

But Mr. Greensill added an extra layer of complexity. He took the supplier invoices, turned them into short-term assets and put them into funds, similar to money market funds, that investors could buy. The funds were sold through Credit Suisse, the big Swiss lender, and a Swiss asset management firm called GAM. The money from investors helped to pay back suppliers.

Greensill turned a mundane finance practice into an ultra-lucrative business in part because it was able to shuffle around the risk, pushing some of it onto insurance companies and other financial firms. It has echoes of the asset-backed securitization that was at the heart of the 2008 financial crisis.

As his company grew, Mr. Greensill collected well-connected friends — and private jets. He helped Prime Minister David Cameron’s government set up a supply chain finance program in 2012. He told the The Australian newspaper that he did the same for President Barack Obama in the United States.

Greensill Capital’s defining year was 2019, when SoftBank’s Vision Fund, the $100 billion investment vehicle built to make huge bets on disruptive technology companies, invested $1.5 billion. On the day the first of two SoftBank investments was announced, Mr. Greensill told Bloomberg TV that his company would have “multiple opportunities” to work with SoftBank and the other companies in their portfolio.

Mr. Greensill had become a billionaire.

Promoted as a “win-win” for buyers and suppliers, supply chain finance can obscure problems on a company’s balance sheet. The money a buyer owes to the middleman, such as Greensill Capital or a bank, shows up as a “trade payable” or “accounts payable” — that is, money owed to a supplier — rather than as debt. It can be a hidden form of borrowing if it is not disclosed — and there is no accounting rule that requires it to be disclosed.

Supply chain finance “exists for a reason,” said S. Alex Yang, an associate professor at the London Business School. “But now, a lot of big companies are really abusing it.”

The problem played a part in the collapses of the British construction giant Carillion in 2018 and the Spanish renewable energy company Abengoa, which filed for insolvency in February. Abengoa, an early customer of Greensill, narrowly escaped bankruptcy in 2015 when its huge debt load — billions of euros — was revealed.

Regulators, auditors and ratings agencies have grown concerned about the lack of transparency that can make company balance sheets look stronger than they are. In June, the Securities and Exchange Commission asked Coca-Cola to provide more details about whether it was using supply chain finance after noticing an increase in its account payables of $1.1 billion.

After pleas from accounting companies, the rules might be tightened in the United States. In October, the U.S. Financial Accounting Standards Board said it would start developing stronger disclosure requirements, though two months later, an international accounting board decided not to do the same.

For Greensill Capital, signs of trouble began appearing in 2018, the year before SoftBank made its big investments.

GAM, the Swiss asset manager, rocked the London financial community when it suspended one of its top fund managers, Tim Haywood. He later lost his job for “gross misconduct,” Bloomberg reported, after an internal investigation raised questions about investments he made in companies tied to Mr. Gupta, who was fast-becoming a steel and metals tycoon. The middleman in the deals, Bloomberg said, was Mr. Greensill.

The next year, Mr. Greensill’s debt funds were attracting unusual interest from SoftBank. Even as the Vision Fund was investing in Greensill, a different arm of SoftBank poured hundreds of millions into the Credit Suisse funds, according to people with knowledge of the transactions. That arrangement put SoftBank in a complex position: One division was Greensill’s largest shareholder and another was a lender to Greensill, via the Credit Suisse funds.

Other danger signals flashed in Germany, where Greensill had acquired a retail bank. An audit in 2019 found Greensill Bank was overly exposed to Mr. Gupta’s companies. That attracted the interest of BaFin, Germany’s bank regulator. This month, BaFin said it had uncovered evidence that assets linked to Mr. Gupta listed on the bank’s balance sheet did not exist.

Reverberations of a collapse

Even as red flags cropped up, Greensill remained in high esteem among British officials. In June, it was named an accredited lender for special state-backed loans to support businesses during the pandemic.

And Mr. Greensill made one of his company’s apps available free to some National Health Service workers, allowing them to be paid quickly and more frequently than they normally would.

Ultimately, the tipping point was the insurance.

Tokio Marine Management, the parent company of Greensill’s insurance provider, said last July it would no longer extend two policies that were underwriting Greensill’s clients, the buyers in the supply chain, and protecting investors in the Greensill-linked funds.

Greensill was unable to find another insurer willing to offer the coverage, according to Australian court documents. Alarmed by the lack of insurance, Credit Suisse froze the Greensill funds, by then worth $10 billion.

At Credit Suisse, the reckoning since the bankruptcy filing has been widespread. It has returned $3 billion in cash to investors in the funds and said it was working to recover more money. It has also acknowledged that it was likely to suffer losses from a $140 million loan it had made to Greensill.

And the bank said that it had replaced the head of its asset management division and suspended bonuses for senior executives involved in the Greensill funds.

The fate of Greensill, now insolvent, is bleak. A plan to sell parts of its business to Apollo Global Management, the American investment giant, fell apart.

SoftBank has already written down much of the value of its holdings in Greensill, and its stake is likely to be wiped out in the lender’s insolvency proceedings, another high-profile loss after it was forced to rescue WeWork in late 2019.

And in Germany, a judge has granted BaFin’s request to begin insolvency proceedings for Greensill Bank.

In the United States, Greensill had added a twist to its financing model: lending money based on a business’s potential future sales, court papers show, not just past transactions, heightening the levels of risk.

Gov. Jim Justice of West Virginia and his coal mining company, Bluestone Resources, sued Greensill for fraud on March 15 in federal court, arguing that Greensill misled them into deepening their ties without disclosing its financial troubles. Before it collapsed, Greensill lent Bluestone $850 million, much of it borrowed against “prospective receivables,” which are sales that haven’t happened yet.

Greensill’s “sudden and unjustified abandonment of Bluestone” are a “clear and present threat” to Bluestone, the lawsuit says.

The London-based GFG Alliance, Mr. Gupta’s string of companies, has now lost its main financier. The future of the companies, and their 35,000 jobs, remains uncertain.

“Greensill’s difficulties have created a challenging situation,” GFG said in a statement. The companies have “adequate funding” for current operations but are looking for other sources of long-term financing, it said. Even though steel prices are relatively high, GFG has been hampered by the pandemic, with some mills shut or operating intermittently.

In Britain, where Mr. Gupta’s companies employ 5,000, trade unions are concerned about job losses. For some, Mr. Gupta is still seen as a job saver for buying unwanted plants. In France, where about 2,000 jobs are in jeopardy, the finance minister, Bruno Le Maire, said the government would be ready to intervene to prevent job losses.

One of the vulnerable French plants is Alvance Aluminium Poitou, an ailing foundry snapped up by Mr. Gupta in 2019. The company, which is bleeding cash, got an 18 million euro state-backed loan in December from Greensill Bank. But two days later, the bank abruptly pulled back the funds, said Jean-Philippe Juin, a member of the Confédération Générale du Travail labor union representing the factory, where 600 people work.

While GFG said it had “strong cash flows” across the group, the workers at the Poitou plant were warned last week that there might not be enough money to pay their salaries for March, Mr. Juin said.

“Mr. Gupta presented himself to us as a savior, with hopeful words and many promises,” Mr. Juin said. “In the end, he turned out to be an empty shell.”

Marion Technical College has wrapped up its month-long UpSkill-A-Thon competition. MTC collaborated with Microsoft Philanthropies to launch the … END_OF_DOCUMENT_TOKEN_TO_BE_REPLACED

Knox College is currently responding to a system disruption caused by ransomware. A statement provided Friday by Knox College Vice President of … END_OF_DOCUMENT_TOKEN_TO_BE_REPLACED