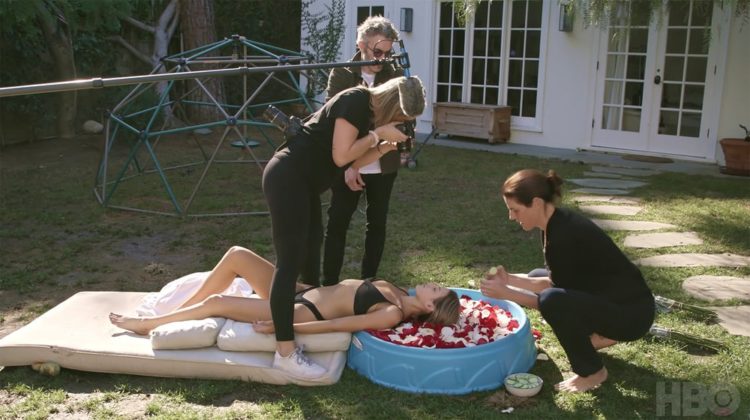 Nick Bilton’s HBO documentary Fake Famous paints quite the definitive indictment of anyone calling themselves an “influencer.” For the film, Bilton and his team took a random person and bought her fake followers, likes and comments to see if brands would think she’s influential. Fake Famous certainly exposes fraud and deception, but more so in Bilton’s technique than his subject’s resulting web-celebrity status.

The gist of the movie is Bilton — who recently appeared on my influence-marketing podcast — doesn’t like that kids today want to grow up to be online influencers. He sets out to prove the job title is a hollow pit of lies perpetrated by shallow people with marginal talent but caviar dreams. He casts his experiment in Los Angeles and initially finds three victims for his ruse. Two of them back out during the process. Chris (@chrisvsmyself on Instagram) deletes Bilton’s bot followers and comments, opting to build his influence the organic way. Wiley (@wylezzz) feels guilty when his friends question his bot followers and bails as well.

But Dominique Druckman (@dominiquedruckman) goes all-in, jumping from just over 1,100 Instagram followers to more than 250,000, thanks to Bilton’s credit card and a lot of help creating modestly decent content for her feed. When brands start sending her free products and inviting her on influencer junkets, the film concludes that influencers are all fame-obsessed, unemployed wannabes. It falls just shy of indicating they are the underbelly of society.

Related: Why Consumers Care About Influencers, and Why You Should Too

The truth about influencer fraud

Without question, fraudulent behavior from influencers is a real and relevant problem for businesses. If an influencer’s profile says they have 200,000 followers, but only 50,000 of them are real people, the brand is at a disadvantage.

Perhaps more insidious an offense is faked engagement. Having bot accounts load a post with likes and comments affects an influencer’s engagement rate. The higher that number, the more of their alleged followers are taking real action when they post. So someone with 100,000 followers and a 2.5% engagement rate reportedly activates 2,500 people at a time.

The third level of Dante’s Inferno of unethical behavior from influencers is the comment pod. This is where 20-30 (or more) influencers collude and comment on each other’s posts for the sole purpose of making engagements look real and full of other influencers. In reality, none of them are going to be moved to try the product the influencer endorses or post about it themselves. Unless you pay them, too.

“I think it’s especially rampant with newer influencers,” says Nycole Hampton, head of the influencer practice at MWWPR, who is based in Los Angeles. “They want to become influencers and believe that in order to do so all they need is a lot of followers and a high engagement rate.”

While Fake Famous showed that approach can work in the short-term, most brands have been looking past the gameable metrics for a while now. “I don’t think it’s as big of a problem as it was a few years ago, because there are tools out there that allow brands to dig deeper and see the influencer’s pattern of growth, authenticity of comments and that kind of thing,” adds Dalene Heck, CEO of travel-focused influencer agency HMI in Lethbridge, Alberta, Canada.

Bilton’s film shows one such tool that isn’t identified (but, based on my familiarity with such tools, appears to be HypeAuditor). His scan of Druckman’s account showed almost 100,000 real and engaged followers at a time when he knew all but 1,200 were bought and paid for. As of last week, it still reported her quality score of 65 out of 100 with her now 348,712 followers. If Bilton’s experiment numbers are true, that’s a “Good” audience quality score when more than 70% of her followers are fake.

Hampton uses a platform called Tagger, which features a similar authenticity tool, but she shrugs off the Fake Famous example, saying, “That tool is our very first layer. You have to really dive into their content and see the audience behavior happening and if people are commenting in a way that is relevant to the brand being featured.”

Hampton adds that the one metric capable of immediately exposing bad eggs is ridiculously simple to see. “Most influencers don’t realize smart brands look first at your growth rate,” she explains. “If you have big jumps of 30,000 followers in three days, that’s a huge tell.”

While two people who regularly work with influencers were interviewed for the film, their narratives fit Bilton’s storyline. Liz Eswein, a former influencer agency owner and influencer in her own right at @newyorkcity on Instagram, and Hana Hussein, identified in the film as a social media manager, seemed as lost in the same vapid, detached-from-reality bubble as Bilton. Eswein even jumped on the all-or-nothing bandwagon by saying, “The damaging part of this whole influencer world is most of the time, it’s not real.”

But agencies and brand marketers have been preaching the gospel of never buying social media followers, comments or video views for more than a decade now. Why didn’t Bilton bring the argument of industry best practices to the work?

“There were no best practices! There were literally zero best practices,” he told me during his appearance on my podcast. That is counter to what has been taught at many marketing and content creator conferences dating back to the late 2000s

Fom the perspective of an influencer-marketing professional, the problem with Bilton’s effort is two-fold: First, he failed to bring brand-side marketers to the table to explain why they spend money on influencers. Aren’t they the ultimate party responsible for either benefitting or falling victim to influencer behavior?

No interviews were presented with agency strategists who build campaigns with brands or work hand-in-hand with influencers to execute them. At least none not working in the beauty space or Los Angeles. Bilton not only didn’t highlight those who built true influence through amazing content and community engagement, but implied several of them were just as fake as Druckman.

Several montages of social media posts used in the film showed influencers like Mimi Goodwin of @MimiGStyle, who posts DIY content that teaches people how to tailor their own clothes and make their own shoes. She’s perhaps the world’s most influential person about sewing, not posting selfies.

The second problem is the film’s use of “all,” “most” and “the majority” when referring to the percentage of influencers who fake their way to making a living doing this. Those labels without data to back them up are grossly misleading. The world of influencers does include the fake or superficial ones (I refer to them as the “peace sign, duck lips” crowd), but it also includes millions of content creators like Goodwin who have built engaged followings because they provide value to their audiences.

The movie reported there are 140 million people on Instagram who have over 100,000 followers. When I posed my assertion that most of them aren’t fakers gaming the system during our podcast conversation, Bilton pushed back. “There’s 130 million of them that have cooking shows and things like that to give back to society?” he asked. “No, most of them don’t. Most of them are not doing things that are helping people. They’re just trying to get free stuff.” 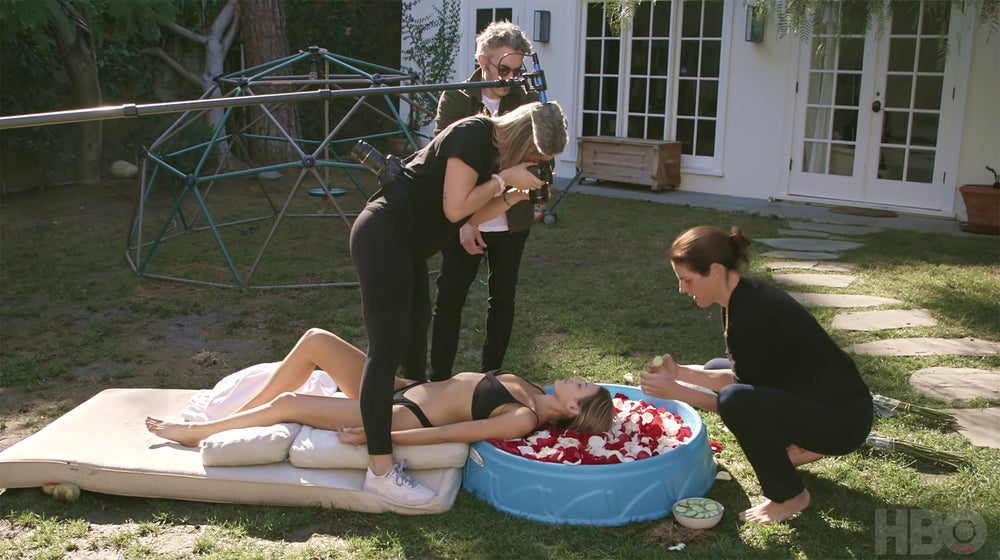 “’Influencer’ has become somewhat of a dirty word, namely from shows like Fake Famous,” says Jess Hunichen, co-founder of influencer talent management company Shine Talent Group. “Can we call them what they actually are? Digital publishers, content creators, photographers, art directors, stylists, copywriters. These are people who have created digital brands and voices from the ground up. They are not in it for the free product. This is their full-time job, and brands continue to spend billions of dollars on this marketing tactic for one very simple reason: It works.”

“There are millions of fake, duplicate and bot accounts on various social media platforms,” Smith says. “Influencer fraud is an industry issue. However, there is a distinction between creators who enter this market to scam, and full-time career creators who are committed to professional standards and business ethics.”

Does the data support either argument?

Remember the authenticity indicators that platforms like HypeAuditor and Tagger offer? Bilton illustrated at least one wasn’t very good in a single use case. Admittedly, that single use doesn’t help my argument, but it doesn’t disprove it either.

A more revealing look would be one at influencers in aggregate. Julius, a platform I’ve used for influencer discovery and campaign management, provided me with a sample of 100 top trending influencers and assessed the quality of their respective audiences. The influencers were in the United States and boasted between 30,000 and 100,000 followers.

Eight out of every 10 had health scores above 80 (out of 100), meaning they have exceptional or above average Audience Health. Julius’s team provided an explanation of Audience Health as an assessment of an influencer’s followers based on “engagement, social media presence and other metrics.” That means just 20% of the sample had average or below-average scores, indicating their audience may be suspect.

However, Tagger CEO Dave Dickman told me that 57% of all influencer accounts had purchased either fake followers, fake engagements or both. “Bots are good at superficially disguising themselves, but there are patterns bot farms are not able to disguise when examined using AI and clustering analysis,” he says. “From our work using this data over the last couple of years, we’ve learned that there can be fake followers in accounts of any size, and in any genre. Though the influencers with between 50,000 and two million followers tend to have the highest percentages of fake followers.”

It is certainly possible for both data sets to be correct, since they are measuring apples and oranges. Julius is measuring a broad audience health score based on an algorithm. The lower the score, the more likelihood the audience has some issues. Tagger says 57% of all users have purchased fake something, but doesn’t indicate what percentage of each influencer’s audience is fake, nor how many they purchased. So, if Tagger’s 57% of all influencers bought just 10 followers each, they could still have Julius’s Audience Health Score of 80 or above.

The data, at least that I have at this writing, is a push.

Related: With Influencer Marketing, You Can’t Afford to Set It and Forget It

Is Fake Famous just representative of the times?

While my conversation with Bilton was spirited, it was respectful. He started by saying he doesn’t think the criticism of his film is bad because it continues the conversation, and that continuation is necessary to get at the root of whatever might be detrimental to brands, influencers or society in general.

Still, it bothered me that Bilton, a former New York Times reporter and contributing writer to Vanity Fair, would leave such glaring holes in his portrayal of influencers. Alas, the fractured cultural landscape that social media helped create is now a deserted land for travellers seeking the fair and balanced.

Bilton’s film is well-written. It’s well-produced. It tells a compelling narrative and keeps your attention throughout. But it also puts influencers under an immovable microscope. You only see one cell and not the entire organism. It’s the same “truth” conservative media reports about liberals and vice-versa. It’s only the truth the teller wants you to hear.

Peace-sign, duck-lips fakers want you to believe they live in a perfect world, so they create their illusion. Bilton wants you to think those are the only types of influencers, so he creates his.

After ‘The Voice’ and BET, two Mississippians give one last concert before heading to L.A. Published 6:45 am Monday, January 30, 2023 … END_OF_DOCUMENT_TOKEN_TO_BE_REPLACED