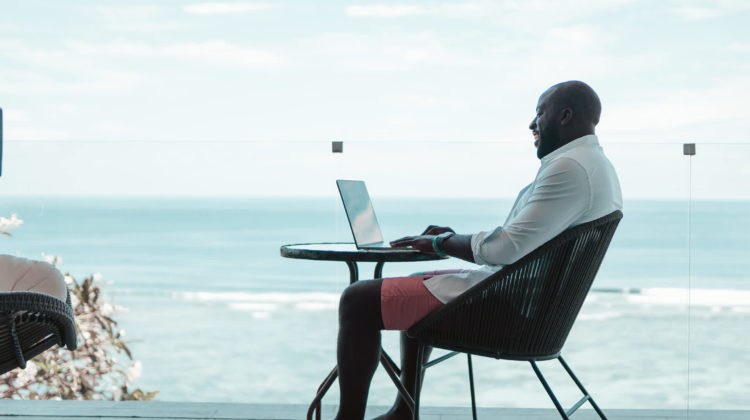 Google may be calling people back into the office, but many other companies — not to mention entrepreneurs — are still committed to remote work.

From Croatia to Barbados, destinations provide vastly different experiences for foreigners who wish to work from new shores. The weather is usually better (save hurricanes), and costs can be cheaper (excluding imported goods).

But life isn’t an Instagram photograph, warned one digital nomad who spoke with CNBC Global Traveler about living and working abroad.

After more than a decade of life as a digital nomad in places such as Thailand, Colombia and Africa, Agoro arrived in Bali in December of 2020. He chose the Indonesian island for one reason: the people who live there.

“The people of Bali are some of the most friendly, calm spirits that I’ve ever met,” London-born Agoro told CNBC. “On top of that, the cost of living here is about one-fourth of what I was paying in Miami for a similar lifestyle.”

Agoro operates a travel documentary company called Passport Heavy with four members of his team from a large villa staffed by a chef, personal trainer, housekeepers and villa manager.

“We have all these people so that we can work really efficiently, and we don’t really have to leave,” he said.

Though Bali is still closed to international tourists and lacks an official program for remote workers, Bali has a community of digital nomads, some arriving via investment visas or by government invitation, Agoro said. Others are finding ways around immigration rules, as reported by Singapore digital newspaper Today.

Shipping isn’t ideal (“there’s no Amazon Prime”) and can be pricey, said Agoro, who paid $85 to have a replacement credit card sent to him from the United States. Still, he loves Bali’s balanced lifestyle and low-key nature.

He cautioned people not to be “bamboozled by the Instagram highlights,” saying most remote workers “are on a laptop, cranking stuff out … working just as hard as people around the world.”

Agoro originally planned to stay a year, but will probably end up staying two, he said.

“I’m like most people who come to Bali,” said Agoro. “I’m going to stay here as long as I can because I’m living my best life.”

When his employer moved to remote work for all of 2021, Esposito decided to apply to live in Barbados despite having never been before.

Seeing “a once in a lifetime opportunity,” he applied for a 12-Month Barbados Welcome Stamp, a process he describes as very easy. Applying took no more than 15 minutes, and he was approved about 10 days later, he said.

He arrived in February of 2021 and is living in an “amazing Airbnb apartment” in Atlantic Shores, a residential area on the southern end of the island. He said the people (“super accommodating and friendly”) and the island itself (“gorgeous”) are the highlights of life there.

Esposito, a consultant for a software company, was living in Manchester, New Hampshire, before moving to Barbados.

“Having lived in Boston and Denver prior to Barbados, I didn’t find the same level of ‘sticker shock’ that many warned me of before arrival,” he said. “Rent prices are comparable to what I’ve seen in the United States, but goodness are the taxes on imports high!”

Food is “expensive as hell,” said Esposito, and items aren’t always available. He also relies solely on taxis due to left-hand driving, problems with drunk drivers, the unpredictability of local buses and rental prices.

Esposito said he arrived with no expectations, but the one thing he was not prepared for was the local attitude toward dogs, which are not regarded as pets.

“I definitely wasn’t ready for all the sideways glances, outright avoidance and aggression I’ve experienced while walking my dog,” he said.

Still, he said he’d “like to stick around for as long as I can — it’s a wonderful place!”

When Croatia began accepting digital nomads in January, Paul was the first person accepted into the program.

A marketing consultant for the wedding and special events industry, she arrived in Croatia in 2014 and lived on Krk Island near Rijeka, an experience she found “too remote.” Now Paul lives in a home she purchased in the hilltop town of Labin in the western Istrian region.

Croatia’s program, which allows stays of up to a year, works for so-called “slowmads” who prefer to “slowly visit a country over many months, rather than jumping from place to place,” said Paul.

“I learned how cold, lonely and foreign things could be when not prepared,” she said. “Now, I know what I need to be comfortable.”

Paul cites Croatia’s safety, technological infrastructure and beauty — including its beaches, islands, waterfalls and national parks — as some of the best aspects of life there.

“Add to that the friendly people, arts and crafts, delicious, high-quality, locally-grown… gourmet products like olive oil, wine, truffles, pasta, honey, and so forth… it’s an incredible place to live,” she said.

By owning her own home and car, she pays less than $950 per month for utilities, food, gas, health insurance, coffee and a few dinners out, she said.

More remote workers moved to Croatia in the past year due to Covid-19 and political unrest caused by the last U.S. presidential administration (the latter known locally as “Trump refugees”), said Paul.

A two-bedroom apartment in smaller villages rents for less than $450 per month, she said. In desirable city centers, such as Zagreb and Split, this could more than double.

The one thing that’s pricey: food, which gets more expensive during tourist seasons, Paul told CNBC.

Other than missing her parents in Maryland, Paul doesn’t find anything challenging about living in Croatia, though she said she wishes she would have studied Croatian and Italian before arriving.

“The lifestyle is wonderful and in normal, non-Covid times, the ability to travel regularly into neighboring European countries is amazing,” she said. “I have learned to use the time differences to get ahead of deadlines to allow me to get out to the beach in the afternoon for a swim, a long walk in the country or a leisurely coffee with friends.”

Many remote workers on their way to Italy, Greece, Portugal and Spain end up staying longer in Croatia because “like me, they fall in love with the country.”

“If anything, I would say my life gets richer the longer I stay,” she said.

Nance-Nash’s small home on Long Island, New York, was fine before the pandemic because she was often traveling for work.

“With the pandemic, that came to an immediate halt,” she said. “I started going stir crazy and feeling really cooped up.”

She moved to Robin’s Bay, Jamaica, in September 2020. Even when life returns to “normal,” she envisions she will continue to live in Jamaica at least part of the year.

One of Nance-Nash’s major clients is allowing everyone to work from home (previously it didn’t), and she uses Zoom and WhatsApp to conduct interview for her work as a travel writer.

“Now that I’ve got this remote thing down, I don’t imagine staying in one place 24-7!” she said. “Life is short; I want to enjoy every minute.”

Nance-Nash and her husband live in Robin’s Bay, Jamaica, an area she describes as rural and off the tourist track.

“I literally stare at the ocean all day as I work,” she said. “I hear the crashing waves. It has done wonders for my health — mental and physical.”

Nance-Nash lives in a house she built with her husband, a Jamaica citizen, in a rural part of the country. Life there has been “an adjustment,” and comes with internet and electricity issues, especially on stormy days during hurricane season. The grocery store is 30 minutes away.

“Paradise is not perfect!” she said.

Costs are a mixed. Imported products, such as food, can be high, while local food, alcohol and transportation can be inexpensive. Long taxi rides can cost as little as $5, “however, you will likely have other people in the taxi.”

“I go to a wonderful place for a mani/pedi, that includes a bit of pampering with hot stones and a glass of wine, and it’s about $35,” she said. “I certainly didn’t get that in New York!”

Unlike other Caribbean islands, Jamaica doesn’t have a formal program for remote workers, and Nance-Nash said the process to stay was difficult, but worth it.

“The beauty, rolling hills, mountains, ocean and tropical greenery has been more stunning than I imagined,” she said. “To see this every day is to feel blessed beyond belief.”

Marion Technical College has wrapped up its month-long UpSkill-A-Thon competition. MTC collaborated with Microsoft Philanthropies to launch the … END_OF_DOCUMENT_TOKEN_TO_BE_REPLACED

Knox College is currently responding to a system disruption caused by ransomware. A statement provided Friday by Knox College Vice President of … END_OF_DOCUMENT_TOKEN_TO_BE_REPLACED