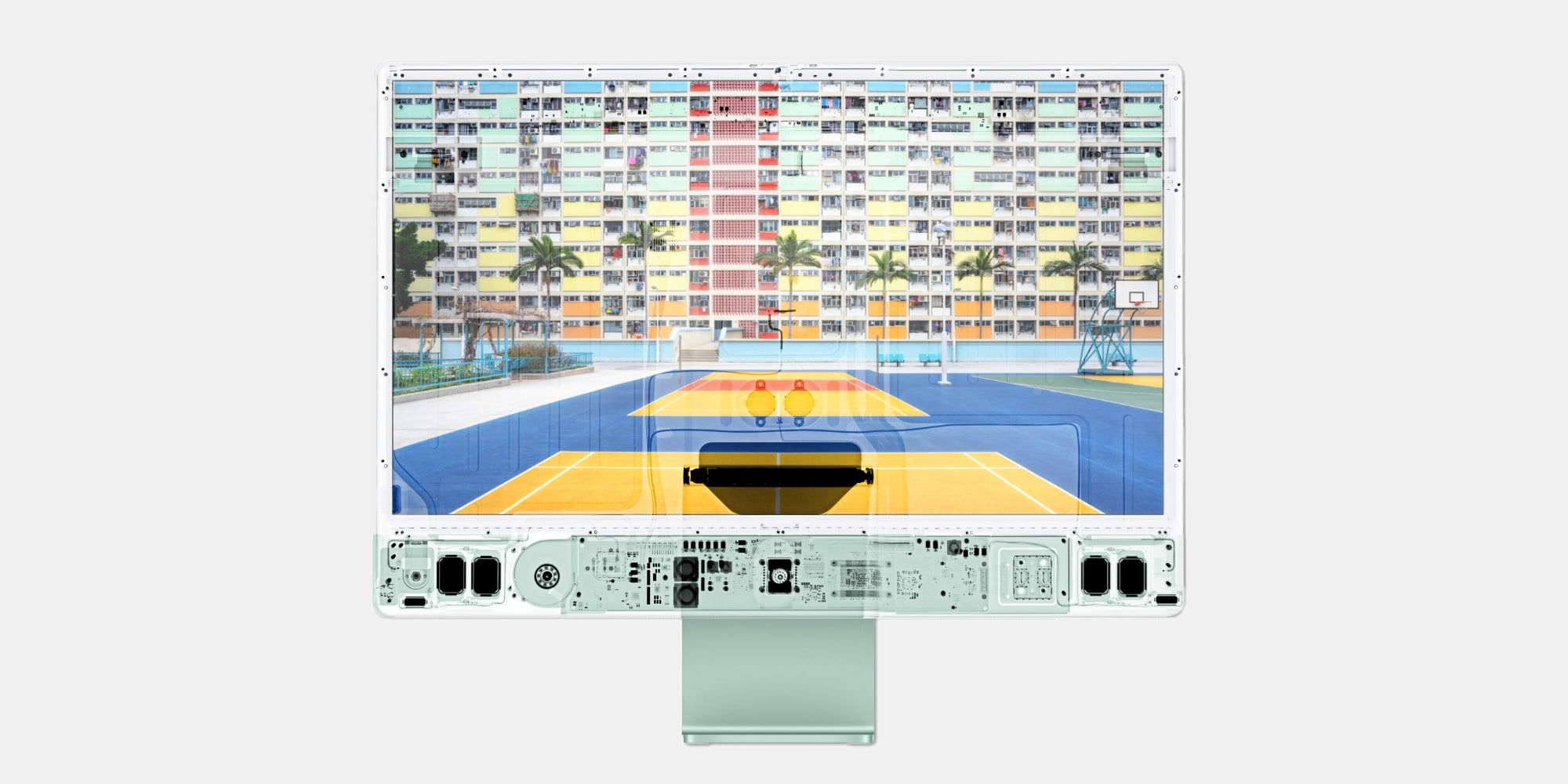 A recent teardown revealed that Apple’s M1 iMac is too thin for an AirTag battery and some models come with two fans while others have only one.

Apple’s newest iMac comes in a colorful and stylish package, but the question of whether its beauty is more than skin-deep was answered with a recent teardown. This involved peeling back the glass, opening up the chassis and digging right down to the core of the computer, unveiling the logic board containing the M1 chip that makes the 2021 iMac so fast, and examining other components of Apple’s newest desktop computer.

Apple made thin important, beginning with the iPhone. A device that is pocket-sized shouldn’t be so bulky as to make it hard to fit into snug jeans. The days of phone holsters ended with the feature phone and few would be satisfied with a thick slab. Thickness isn’t quite as important for an iPad, as these are more unwieldy devices anyway. Weight is the greater concern, but weight and thickness are often related, so the tin iPad makes sense. When it comes to a desktop computer, it’s difficult to understand why a device that typically remains in one position for months or even years, is designed to be so slim. There is no doubt that the 2021 iMac looks futuristic, though, and it’s remarkable that the entire computer is as thin or thinner than most monitors. It basically looks like a giant iPad.

Related: How To Use An iPhone To Pay On An iMac

In a step-by-step teardown by iFixit, Apple’s newest and slimmest computer, the 2021 M1 iMac is disassembled and examined. While this is mostly of interest to Apple repair facilities and computer hardware aficionados, it highlights some features and aspects of this powerful all-in-one. Beyond the rainbow of color choices, the most striking visual impact of the new iMac is its profile and iFixit reveals some hardware choices that reflect that constraint. The M1 iMac is so thin that a headphone plug is too long to be placed on the back, as was the case with older iMac computers, so Apple put the port on the edge instead, which happens to be more convenient anyway. Another example of the svelte shape is the battery that powers non-volatile memory (NVRAM). This is usually a CR2032, the same battery used in the AirTag. Instead, Apple placed two half-height CR2016 batteries in parallel to keep the chassis super-slim. Some unfortunate news is that these batteries are buried in the middle of the device, so changing them when they run out in a few years will be quite difficult.

A bit of a surprise in the teardown was the discovery of two fans in the mid-tier M1 iMac being examined, compared with only one fan in the lowest cost M1 iMac. The previous M1 Mac computers have either no fan or one fan, so the remarkable thinness of the iMac might require a bit more cooling than a MacBook Pro or Mac mini. The power supply has a massive 143-watt capacity, but the iMac was tested to draw 60 watts at most. Perhaps Apple imagines customers powering some very demanding USB accessories. Could this hint at USB-powered accessories coming that will need 80 watts of power? External monitors usually come with their own power supplies and hard drives have low power requirements. It’s hard to imagine a need for this much power. Perhaps the same power supply will be used for future iMac Pro or Mac Pro computers that might draw that much energy when processing heavy workloads.

Moving on to repairability, while the new iMac uses adhesive, it’s the same type used in earlier models, not the messy and difficult sort that is found in an iPad, meaning it is no more difficult to open than previous iMac generations. Screws are also used in the assembly, which is common for computers but rarer with mobile devices, so Apple built this like a computer despite the thin body and ARM processor. Another confirmation of this is the design of the USB-C boards, which can be unplugged. The last generation of iMac computers had these components soldered to the logic board. Despite these few concessions to the possibility of needing to access the inside of the computer in the future, the overall iFixit Repairability Score was 2 out of 10, meaning that type of work is best left to Apple if anything goes wrong with an M1 iMac. For comparison, the Intel-based iMac scored only 3 out of 10, so reducing the thickness didn’t have a big impact on the difficulty of making repairs. The new M1 iMac is fast, cool, and looks great on a desk, but leave repairs to the professionals.

Next: How To Take iPhone Calls & Texts On Apple’s iMac

How The Eternals Have Changed MCU History – Theory Explained

Alan is a Tech Writer living in Nova Scotia, Canada. A tech-enthusiast since his youth, Alan stays current on what is new and what is next. With over 30 years experience with computer, video and photo equipment, you can expect useful tips and insights in his writing. Alan has a degree in programming, many years focused on design, editing and animation. The last few years managing logistics and e-commerce operations for a mobile accessories company took much of his time. Alan is a true jack of all digital trades in this ever changing computer-enriched world. To stay flexible in thinking and in body, he practices yoga, light cardio and eats a whole food diet, based on minimally processed plants.

[ad_1] Superconducting quantum computers are huge and incredibly finicky machines at this point. They need to be isolated from anything that might … END_OF_DOCUMENT_TOKEN_TO_BE_REPLACED