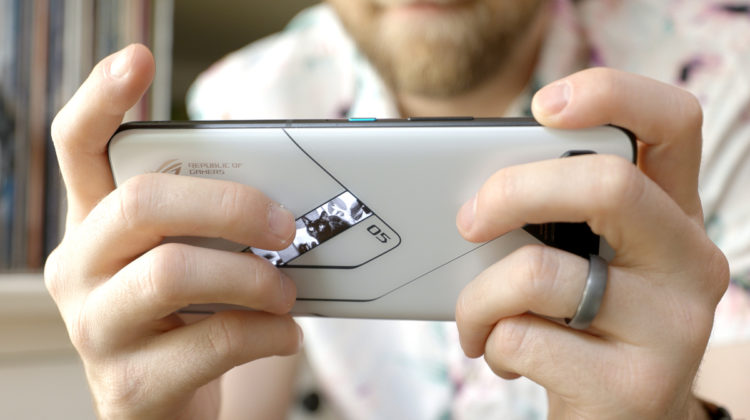 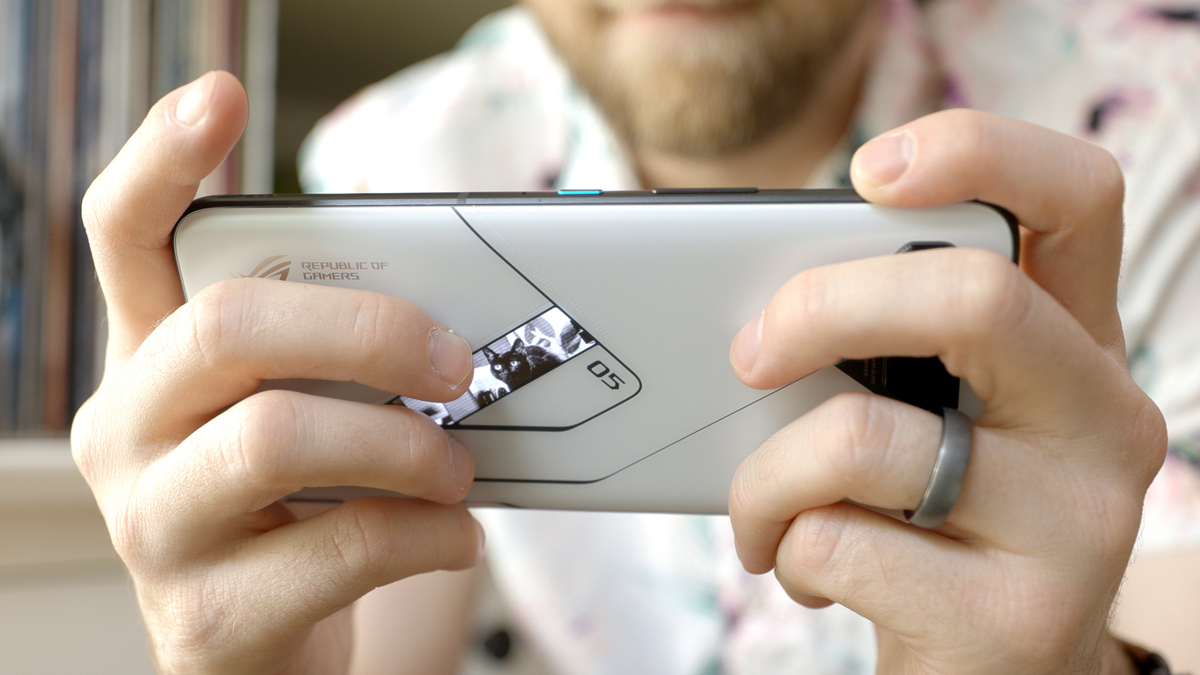 The next gaming phone from Asus has landed—and it continues to push the boundaries of mobile gaming. This year there are three versions of the ROG Phone 5: the standard ROG Phone 5, the ROG Phone 5 Pro, and ROG Phone 5 Ultimate. The most expensive ‘Ultimate’ version is crammed to the gills with the highest-end specs including a Snapdragon 888, 18GBs of RAM, and a built-in screen on the back!

I could cover every crazy spec in this hardcore lineup, but instead I want talk about one of the reasons why gaming smartphones exist: the plethora of controls options at your fingertips.

The ROG Phone 5 has a dizzying number of control options–everything from the standard touch controls to capacitive buttons on the frame, to motion controls to physical buttons on the AeroActive Cooler 5 accessory. While I don’t use all these options, it’s great to have them for people who like to game on their phone.

With every option included in the ROG Phone 5 Pro/Ultimate (the only versions with capacitive buttons on the back glass), Asus touts a mind-boggling 18 different control options. The majority are triggered by motion control, but this is still the most control options I’ve ever seen on a gaming phone. I can’t even imagine how you could get more. There are options for each input within the Asus Armoury Crate app that comes pre-installed on the phone. To activate and configure the inputs it’s a simple swipe from the left edge of the screen when you are in a game to activate the Game Genie.

Why do gaming phones need these options?

One of the biggest frustrations I’ve had with mobile gaming, ever since third-party apps were introduced on the iPhone, is relying primarily on the touch screen. Over the years developers have been able to come up with some inventive and even ingenious ways to handle this problem, but when it comes to meatier games, or games that rely on more traditional control schemes, the touch screen has not always delivered the best experience. Sure, controller support has also been added to phones and continues to improve, but the mass adoption for this support just hasn’t been implemented yet.

That is where the gaming phone comes in. As Asus is right to point out, offering triggerable options that map to onscreen actions makes these inputs available for every game out there. Until we have full controller support across the board, this is the next-best option for those looking for a more tactile experience.

Take, for example, one of my favorite games to play on a gaming phone, Call of Duty: Mobile. In order to play COD: Mobile without a controller, your thumbs have to dance around the touchscreen not only to move and to look around, but also to fire, reload, crouch, and much more. To make things more streamlined, I bind the left bumper to aim down the sights, and the right bumper to fire. So instead of having to lift my thumb to ADS or fire, they can continue to move and aim as needed. This puts me at a distinct advantage over the rest of the players, especially because there are separate lobbies for controller players and non-controller players. These are just on-screen actions, so being placed in the non-controller pool almost always has me in one of the top spots in each game.

Do we still need gaming phones?

For the past couple of years I’ve felt like I need to speak up when people ask whether gaming phones are necessary. Each time I give the same answer: yes. On top of the superb audio experience and ‘gamer’ aesthetics (which I outlined in detail last year), gaming phones will always have an advantage over non-gaming phones because of the control options. Add up all the benefits, and I am very happy that companies like Asus continue to push the gaming phone space forward, and with it, the phone industry as a whole.

[ad_1] Superconducting quantum computers are huge and incredibly finicky machines at this point. They need to be isolated from anything that might … END_OF_DOCUMENT_TOKEN_TO_BE_REPLACED