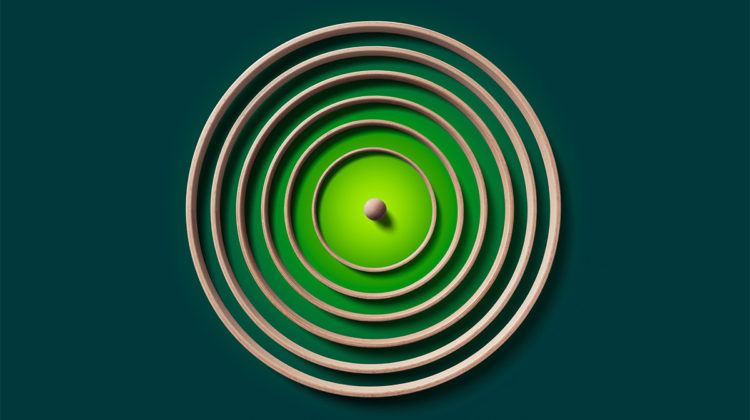 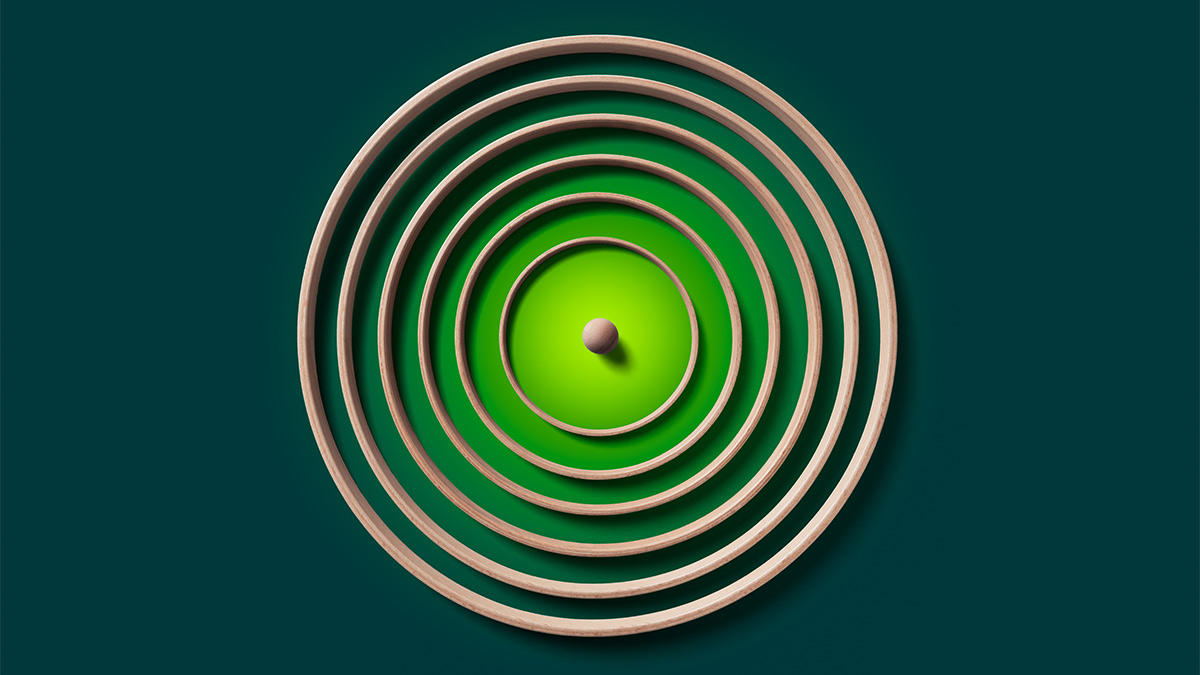 In order for your company to succeed in the post-pandemic era, you must do two things well: Select your strategy carefully to target a defensible market segment and tailor your business model to capture and dominate your target market.

The problem is, most companies aren’t ready to compete on these new terms. The pandemic sharply accelerated market fragmentation. This allowed the digital giants, fueled by their market micro-segmentation, to grow quickly, but most companies have not changed their business model to meet these new conditions. Many managers who rose through the ranks in the previous era simply assumed that their age-old, tried-and-true, broad-market business models were still effective. Financial analysts continued to evaluate companies based on sales growth and expense minimization, reinforcing the problem.

In developing a high-profit business model to engage your target customers, you have two basic choices: (1) increase your customer value, or (2) lower your cost to serve (or do both). This is complicated by the need to transition from the previous broad market targeting to the new segment-specific targeting.

The starting point in determining a new business model is to clarify your company’s current profit segmentation. As we’ve written about before, when companies use new, granular, transaction-based metrics and analytics (creating an all-in P&L for every invoice line), they can quickly see that their customers fall into three broad profit segments: “Profit peaks,” their high-revenue, high-profit customers (typically about 20% of the customers that generate 150% of their profits); “profit drains,” their high-revenue, low-profit/loss customers (typically about 30% of the customers that erode about 50% of these profits); and “profit deserts,” their low-revenue, low-profit customers that produce minimal profit but consume about 50% of the company’s resources.

A company can shape its new business model to target any of its profit segments, although it’s extremely difficult to engage more than one. The following companies have generated high sustained profits by targeting specific profit segments with innovative business models that either increased customer value or reduced cost to serve.

Several years ago, GE’s aircraft engine division had an insight that transformed its industry. In the past, the company had sold engines, spare parts, and services largely on a standalone basis. Each segment was increasingly vulnerable to price competition from focused niche competitors.

GE executives’ breakthrough was understanding that their airline customers really wanted airplanes that flew flawlessly, and not the components that enabled this to happen. In response, they developed a new business model, OnPoint, sold as “power by the hour.” The airline doesn’t pay for the engines, but rather for the time they’re flying. Now the engine manufacturer has a strong incentive to improve the reliability of its engines, but also strong leverage to push out third-party maintenance providers. GE essentially eliminated its competitors by redefining its industry, and in the process, GE’s aviation line of business became one of its fastest-growing segments. (Covid largely shut down the industry, but this high growth is expected to resume as the pandemic is brought under control.)

When the company started using transaction-based profit metrics, they were astonished to find that the labs had low net profit, while the fabs had high net profit. The lab problem was that every order was for a different experiment, which required a lot engineering time and generated a lot of returns. The fabs, on the other hand, issued standard year-long blanket orders that required virtually no additional cost. In response, the company decided to accelerate its fab sales, and, on the lab side, to hire and train graduate students in each university to advise the researchers on product selection, virtually eliminating its engineering cost and returns. Profits soared.

Nalco produces and distributes chemicals for water treatment systems. The company’s commodity products were coming under price pressure from competitors. Nalco decided to install wireless monitors in customers’ chemical tanks that enabled them to read the chemical draw-down. This information enabled Nalco to lower delivery costs, and they also found that it allowed them to reduce manufacturing costs.

However, Nalco’s managers had a critical insight: By monitoring the actual rate of chemical draw-down and comparing it to the rate that the system would have if it were running efficiently, they could determine if a customer’s system had operating problems. When they saw a problem, they alerted the customer’s engineers.

Since the cost of a poorly running system was many times the cost of the chemicals, Nalco became a crucial strategic partner, and once they had placed monitors in customers’ tanks and established close working relationships with customers’ engineers, they had first-mover advantages that the competitors couldn’t overcome. The price wars disappeared.

Taggart Brothers (not its actual name) is a retailer of consumer electronic products. When managers conducted a transaction-based profit analysis, they discovered that about half of the company’s profits were eroded by its lowest-sales stores in the last quarter of its seasonal product life cycle.

When managers investigated further, they discovered that the problem was not that the store managers were writing down the old products at the end of the cycle, but instead that they were postponing putting these products on sale in the hope that a sales surge would materialize. This prevented them from stocking their shelves with new products at the peak of the introductory selling season. This was the real source of the profit drains.

SKF is a manufacturer and distributor of bearings. Its OEM business dominated its sales, while its aftermarket business was lagging. In response, company leaders created a new aftermarket division. The new aftermarket manager saw that the division had two very different segments.

In response, the management team developed maintenance kits (including sealants and cleaners) for the industrial customers in order to extend bearing life. For the automotive customers, they developed hundreds of job-specific kits, which included parts, tools, accessories, and instructions. Profits rose by double digits.

Pacific Distributors (also not its real name) distributes beer, wine, and other beverages. When managers looked at their transaction-based profit metrics, they were pleased to see that their high-selling anchor brands (e.g., Budweiser, Miller) had low gross margins but high profits. But they were shocked to find that their high-gross margin, fast-growing craft beers were losing money.

They immediately assumed that the problem was that they delivered daily to large retailers. When they looked more closely, however, they found that their numerous small customers — the corner grocery and convenience stores — were causing the loss. The problem was that Pacific was delivering several times per week to each small store. While the high-volume anchor brands generated enough gross margin dollars to pay for the picking and delivery costs, the low-volume craft beers had picking and delivery costs that far exceeded the gross margin dollars (even though the gross margin was a high percent of revenue).

When they asked the sales reps why they were delivering so often, the reps responded that they had great service: Every order was shipped the next day. When the managers asked why they were taking so many orders, the reps responded that their sales managers were controlled by how many orders the reps took each day, so they scrambled to take as many orders as possible. By simply taking two orders per week instead of three, the whole segment flipped into high profit.

When markets change, you have to rethink your strategic positioning and business model. In the post-pandemic period, this is a life-or-death need. As we said before, in order to succeed, you need to get two things right: You have to target a defensible market segment, and you have to create a business model that enables you to win against competitors who are going after your target segment.

Above all, you have to choose your customers, saying no to those who don’t fit. And you have to create an innovative, high-profit business model based on providing your target customers with more customer value or lower cost to serve (or both).

The lesson from Amazon’s success is not that it targeted customers that everyone else missed. It’s that Amazon, along with the other digital giants, targeted the small customer market segment that everyone else already had — the other companies had failed to subject these customers to intensive innovation. Amazon, on the other hand, constructed a comprehensive, winning business model to capture the segment and stayed focused on relentlessly improving it.

Marion Technical College has wrapped up its month-long UpSkill-A-Thon competition. MTC collaborated with Microsoft Philanthropies to launch the … END_OF_DOCUMENT_TOKEN_TO_BE_REPLACED

Knox College is currently responding to a system disruption caused by ransomware. A statement provided Friday by Knox College Vice President of … END_OF_DOCUMENT_TOKEN_TO_BE_REPLACED