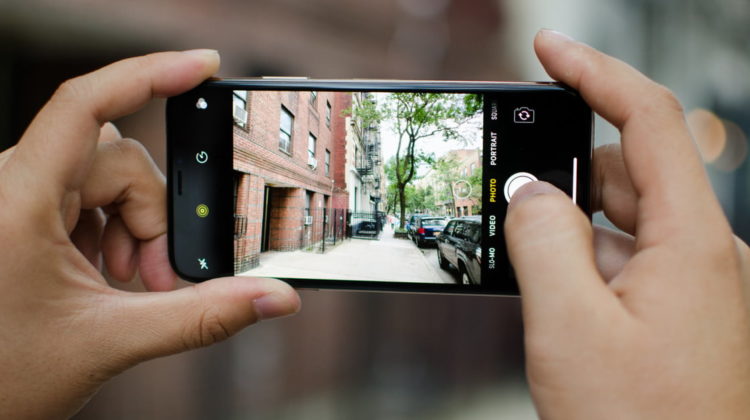 Apple’s Live Photos are photos on steroids. When you shoot a Live Photo on your iPhone, it captures 1.5 seconds of video both before and after you tap the shutter. The result is not only your picture but also the scene enhanced by movement and sound. Live Photos debuted in 2015 alongside the iPhone 6S, and they are easy to create because the process is exactly the same as shooting any other kind of photo.

But there are downsides. Live Photos in their native form can be viewed only by other iPhone users. To share your Live Photos with anyone else, you can convert them to a video or GIF. Otherwise, when Live Photos are shared, they revert to static images. Another downside to Live Photos is that they take up more storage space than other photos, so you may want to make a video to store somewhere else so you can remove the large file from your iPhone.

To find all your Live Photos, just launch the Photos app and tap the Albums icon. That will lead you to an album called Live Photos, where you’ll see all the photos shot while the Live Photo option was enabled. If you want to preserve the movement and ambient audio of your Live Photos to view elsewhere, you need to convert them into videos. In this guide, we show you how to do that.

In both iOS 13 and 14, an option in the Photos app — Save As Video — allows you to save a Live Photo as a video with a single tap, no third-party app needed.

The Photos app creates a new video next to the Live Photo.

Apple introduced the Photos app’s Loop and Bounce feature in iOS 11, and it comes in handy for creating a special effects video or animation. Here’s how to use it.

You can use the Shortcuts app, which is integrated into iOS 13 and iOS 14, to convert a Live Photo to a video or GIF. Apple is not fond of third-party shortcuts, and by default, Apple blocks all shortcuts available for download in case of a security issue. If you try to run a third-party shortcut, the iPhone sends an alert warning that Shortcut’s security settings won’t allow it, but there’s a workaround: You can enable untrusted shortcuts. Here’s how to do it.

Once the shortcut is finished, you will get an alert that the new video has been added to your Camera Roll.

After ‘The Voice’ and BET, two Mississippians give one last concert before heading to L.A. Published 6:45 am Monday, January 30, 2023 … END_OF_DOCUMENT_TOKEN_TO_BE_REPLACED