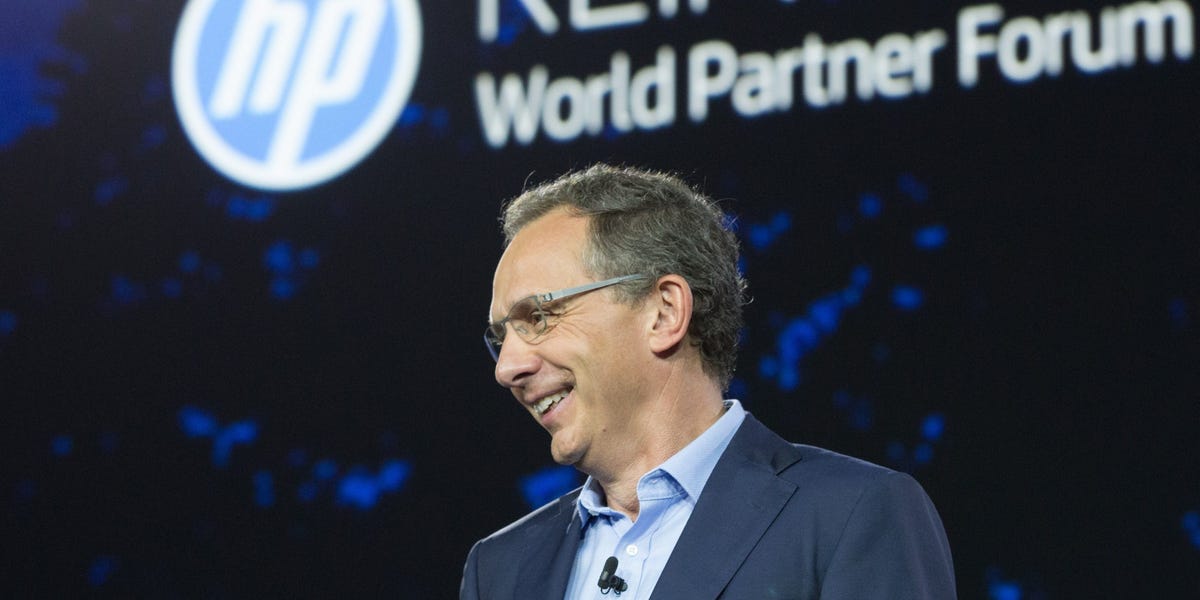 The $162 billion cybersecurity industry is booming as enterprises scramble to improve their networks’ defenses — and HP is the latest major firm to stake out a corner of the market.

HP will start selling a new suite of cybersecurity software for businesses and consumers, the company announced Wednesday, marking a shift in strategy for the hardware giant.

The new products target businesses dealing with an increasingly chaotic security landscape. The shift to remote work amid the pandemic last year exposed enterprises to a slew of new threats and a return to offices has introduced even more turmoil for security teams. Meanwhile,

ransomware
hackers are increasingly targeting companies in the US for extortion scams.

The new products — dubbed HP Wolf Security — include software platforms that protect against hackers tailored to small businesses and enterprises respectively, as well as hardware-enforced security that will ship with every HP computer and printer. The software platforms are also available for non-HP computers.

The new tools are the culmination of over three years of development, according to Ian Pratt, HP’s global head of security for personal systems, who said the company used insights from its existing customers to inform the software’s design.

“There was a decision made to really step up investment in security,” Pratt told Insider. “We ship many tens of millions of machines a year and obviously that enables us to get a very broad footprint: Many of those customers opt in to share threat intelligence and that information flows back to us.”

Pratt is the former CEO of Bromium, an enterprise security startup that HP acquired in 2019. Bromium’s technology served as the foundation for HP Wolf Security, Pratt said, adding that the company has been “hiring rapidly” to staff up its security software teams, which are primarily based in Cambridge, U.K., Houston, and other cities across the US.


One of HP Wolf’s central offerings is Sure Access Enterprise, a tool that uses virtual machines hosted on remote servers to protect against

malware
that could shut down companies’ systems. For instance, when an employee opens a file sent to their email, HP’s software spins up a virtual machine to open the file so that if it contains malware, it’s separated from all the other files on that employee’s computer. Similarly, companies can run their system admin activity on a virtual machine so that key tasks will still be doable if ransomware takes down their networks.

“If you look at how these compromises happen, in almost all cases, it’s the result of the user clicking on something,” Pratt said. “If it’s in a [virtual machine], there’s going to be nothing for the attacker to steal.”

The foray into subscription software could offer reliable recurring revenue and higher profit margins for HP than its traditional hardware business and mark one of its biggest software efforts since spinning off its enterprise software division HPE. Nearly all of the company’s $56 billion in revenue in 2020 came from hardware sales, primarily driven by personal computers and printers.

[ad_1] Superconducting quantum computers are huge and incredibly finicky machines at this point. They need to be isolated from anything that might … END_OF_DOCUMENT_TOKEN_TO_BE_REPLACED