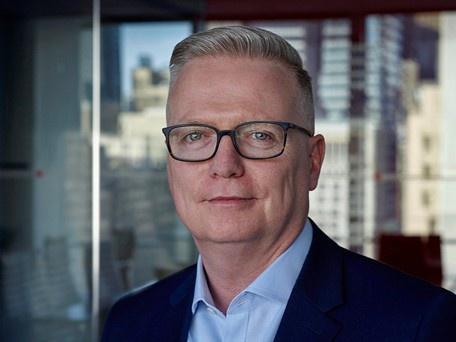 I like to think that I have a knack for identifying companies making waves in specific technology areas. One such company is IBM with cloud technology. Yes, IBM making waves with cloud technologies. I have written several articles tracking the progress and evolution of the IBM Cloud offering. When I attach the Red Hat acquisition and the industry’s transition to hybrid, the real magic could happen. I believe IBM needs to get there, get there fast, and tell everybody about it at the top of its lungs about why it’s the better cloud for certain circumstances.

Recently I was fortunate to speak with IBM’s hybrid cloud leader, Howard Boville (Senior Vice President of IBM Hybrid Cloud), to hear his thoughts on the evolution of IBM Cloud, which he refers to as “cloud chapter 2”.

Howard has a unique perspective as a former end customer in a highly regulated industry, running IT for Bank of America, and now a vendor, leading IBM’s cloud efforts for about a year.

In 2015 at Bank of America, Howard tried to understand how the cloud could benefit the enterprise working with the primary cloud service providers at the time; Amazon Web Services (AWS) and Microsoft Azure. The takeaways from those early efforts convinced him that, particularly for regulated enterprises, it would be difficult to get any meaningful business value from simply adding another resource pool from a cloud provider because of the overhead needed from operations and cybersecurity perspectives.

At the time, we were in what I would call the “drunken sailor mode” of cloud adoption, where it seemed like only the public cloud had value, so I doubt Howard was shouting his findings from the rooftops! However, in hindsight, his conclusions were borne out by the lack of market penetration of the cloud service providers into large enterprises and regulated industries.

To Howard, it made perfect sense to deal with a company that understood how to run mission-critical workloads aligned to business processes. IBM checked all the boxes provided it could integrate all its capabilities. Howard started collaborating with IBM in 2017, and the rest is history.

From Boville’s perspective, chapter one was a massive hype cycle that involved bolting on resource pools from a cloud provider, which introduced a considerable amount of operational and cybersecurity risk, with expected cost savings largely not realized. Chapter one for a financial institution involved working with the cloud service provider to achieve a specific risk posture and adherence to laws, rules, and regulations. Every financial institution had to do that on a case-by-case basis, slowing down cloud adoption because of the development overhead and cost.

As a consequence of chapter one, there were many failed transformations associated with cloud across large enterprises.

Chapter two is about taking an architectural approach from a business process perspective. If you deconstruct the process, it essentially consists of four things: an application, a data set, the digital supply chain, and the people who support that process. Cloud can simplify the process by automating many of the functions within it. The cloud can make data more accessible, protect the quality, and merge with datasets from other companies in the knowledge that it will not be compromised.

Cloud is a capability that sits above an enabling platform as a component of the architecture, not the strategic destination.

The need to provide built-in capabilities for regulatory compliance into the cloud offering is why other cloud providers have had limited success in the enterprise market space.

“Purpose-built for the most regulated and complex workloads”

IBM architected and engineered the cloud for the highly regulated industries knowing that the result will serve other sectors very well. It enables IBM to compete against other clouds on a better set of terms with the built-in confidential compute capability, encryption techniques, and the compliance controls that are also important for non-regulated industries. In other words, architect at the highest level of control to allow the speed of execution and adoption, and it will meet and exceed the requirements of all enterprises.

It is necessary to maintain compliance, as the laws, rules, and regulations can change monthly. The IBM Cloud Framework for Financial Services is the core compliance and control set, contributed to and overseen by a set of global financial institutions and Promontory Financial Group, an IBM company, that constantly monitors regulatory changes worldwide. The Framework governs IBM Cloud services such as containers and virtual machines, IBM software, and third-party digital supply chain providers.

IBM has built a series of tools for developers to build applications that will not compromise the data. There have been well-publicized cases with companies that have used inherently secure cloud platforms with competent developers, but because of the breadth of choice on those platforms have inadvertently made mistakes that have resulted in massive data breaches. In an enterprise context, developers need to be productive. Still, you want to avoid errors such as leaving elements of the platform open or providing data access to the wrong groups. IBM delivers the Security and Compliance Center to enable financial institutions and digital supply chain providers to automate discovery and monitor conformance to policy profiles throughout the software development lifecycle avoiding security and compliance errors.

An excellent example of a less regulated company is Daimler AG, the corporation behind Mercedes-Benz. Daimler AG migrated an after-sales portal to IBM Cloud, allowing the auto company to offer new products and offerings to its customers quickly. For Daimler, scalability and security were the foremost characteristics in the selection of IBM Cloud. Purchasing a vehicle involves sharing crucial personal information, including age, home address, drivers’ license number, and insurance information. Daimler is using confidential computing to protect post-sales consumer data.

Coca-Cola European Partners (CCEP), the world’s largest Coca-Cola bottler based on revenue, is on a journey to a cloud-first digital transformation. IBM’s hybrid cloud architecture with Red Hat OpenShift provides the flexibility to optimize across different public cloud platforms. The organization has a consolidated view and a single point of control over the entire IT infrastructure using IBM Multicloud Management to integrate and manage legacy systems and private and public clouds.

With a century of history, you probably think of IBM as a legacy company. It looks to me that there is a rebirth happening at IBM fueled by new leadership, and very talented people, and a monster Red Hat acquisition. And attitude. And that’s a good thing.

The IBM Cloud has existed for only two-and-a-half years compared to ten-year-old AWS. Having a more modern architectural foundation means that IBM can launch new capabilities faster than before. A good example is the recent IBM Cloud Code Engine launch, which delivers a better developer experience without concerns for the underlying infrastructure.

Unlike many, IBM is going more open with Red Hat OpenShift, so you can build a container and run on-premises, IBM cloud, or any of the other cloud providers. IBM recognizes, as do I, that the world is hybrid, and customers will run applications on-premises and off-premises with multiple clouds.

IBM Cloud Satellite is an extension of the IBM Public Cloud that can run inside the customer’s data center or out at the edge. Over the past few years, IBM has ported all the cloud services on Kubernetes, allowing everything to operate consistently. IBM Cloud Satellite is no exception, running on Red Hat OpenShift, the Kubernetes management environment.

With the hybrid cloud platform, IBM focuses on four regulated industries, government, financial, services, telecommunications, and healthcare, with a very different approach of building laws, rules, and regulations into the cloud instead of every enterprise having to build it themselves.

I think IBM needs to be marketing differently by turning up the contrast ratio on what its cloud can do. Although sounding very tactical, it works.

IT and developers need to fall in love with the IBM Cloud for IBM to realize its objectives fully. IT and developers are looking for innovation and routinely make comparisons to other cloud providers.

Note: Moor Insights & Strategy writers and editors may have contributed to this article.

Energy, information technology, infrastructure and space are some of the key fields of cooperation between China and Saudi Arabia that will yield huge … END_OF_DOCUMENT_TOKEN_TO_BE_REPLACED

The Pentagon has split a $9bn contract for cloud computing services among Google, Oracle, Amazon and Microsoft, one year after scrapping a previous … END_OF_DOCUMENT_TOKEN_TO_BE_REPLACED

(TNS) — Among all colleges and universities in Tennessee, only 45 percent of students who enter college ultimately get either an associate's degree … END_OF_DOCUMENT_TOKEN_TO_BE_REPLACED