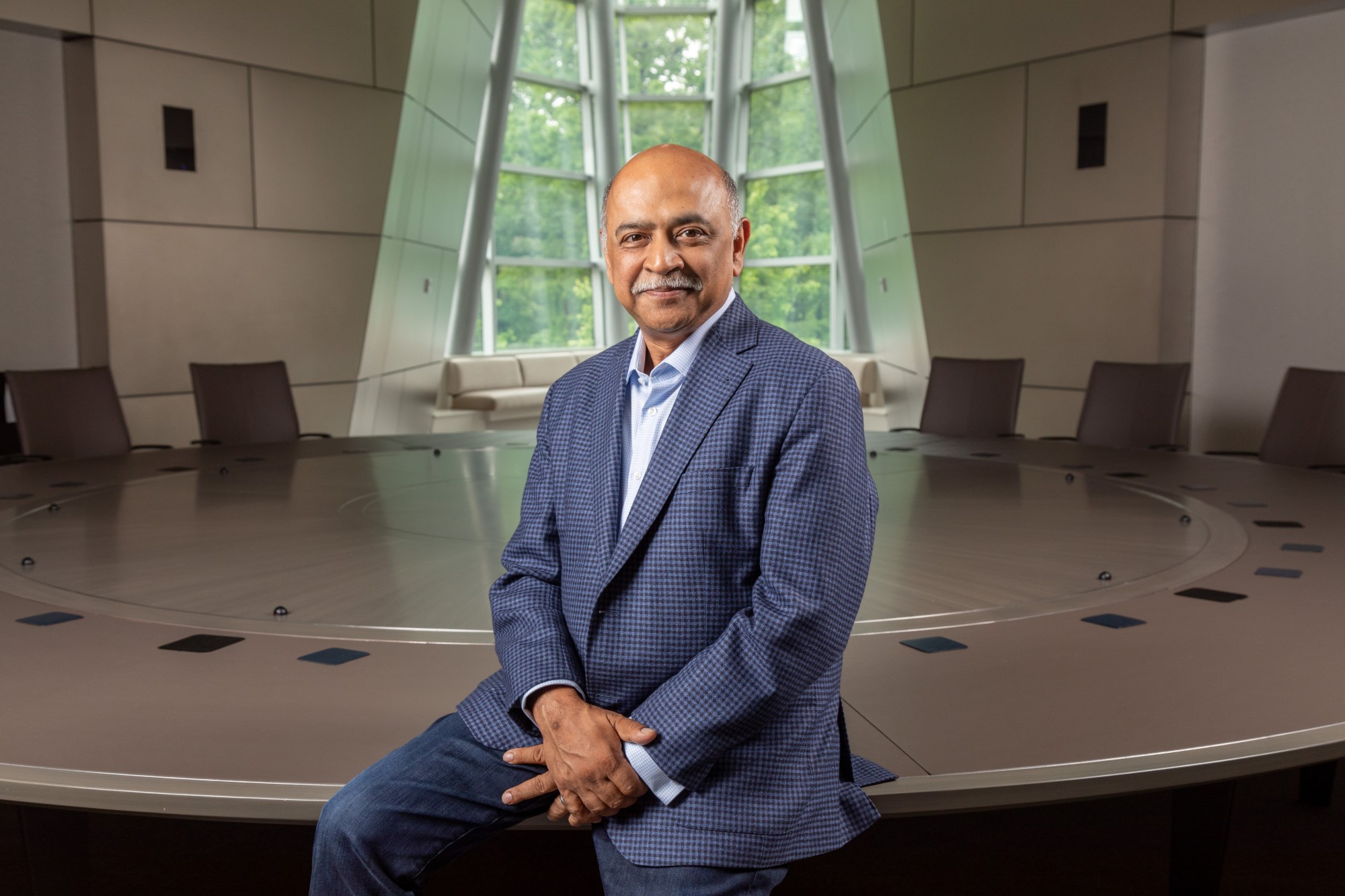 S&P cut IBM one notch to A- with a stable outlook, according to a report Thursday. The credit rater expects IBM to pursue additional takeovers to bolster its hybrid cloud and artificial intelligence capabilities. Coupled with the planned spinoff of its managed infrastructure services business, there’s uncertainty IBM can reduce leverage to a certain level in the next year or two, S&P said.

Chief Executive Officer Arvind Krishna has been on a spending spree as he seeks to transform IBM into a more modern technology company, focusing on fast-growing markets like AI and cloud services after years of stagnation.

The first step along that road was IBM’s purchase of Red Hat, completed in 2019 for $34 billion. Since then Krishna, who became CEO last year, has stepped up the pace, spending about $1 billion on acquisitions in the first quarter of this year, according to S&P. IBM also said it’d buy Turbonomic Inc. in April in a deal valued at as much as $2 billion.

The efforts appear to be paying off, as IBM recently reported its biggest revenue gain in 11 quarters, though there was only a 1% increase in sales. The stock has gained 15% this year.

While the M&A spree has helped lift IBM’s debt load to $56.4 billion, total debt has declined $17 billion since its 2019 peak, and could fall as much as $10 billion over the next two years, Bloomberg Intelligence analysts Robert Schiffman and Suborna Panja said in an April 30 report.

IBM’s shares and bonds were little changed in early trading in New York.

We're all about the IT leader here at Computing - whether that's the CIO, CTO, IT director, chief architect or any one of dozens of other titles. … END_OF_DOCUMENT_TOKEN_TO_BE_REPLACED

A strategic relationship between Türk Telekom and Korea Telecom (KT) was launched on Sunday. This initiative will promote cooperation in the areas of … END_OF_DOCUMENT_TOKEN_TO_BE_REPLACED