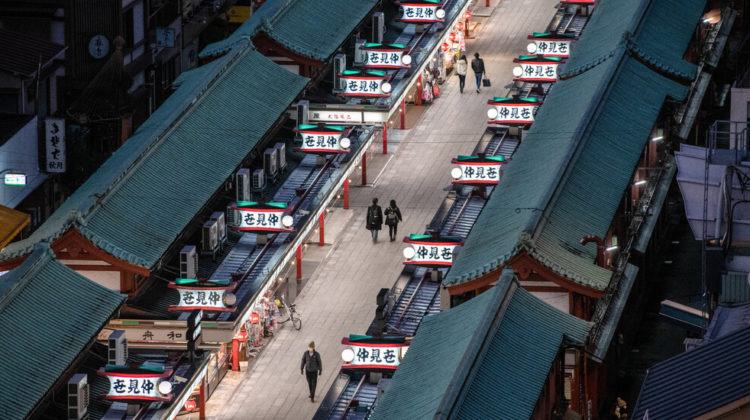 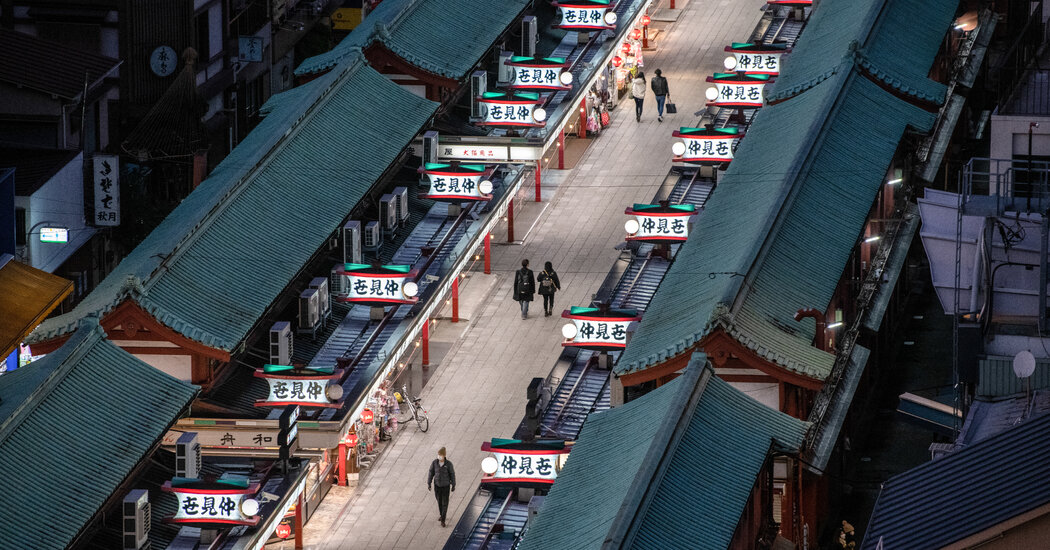 This fall, while many consumers in the West sheltered in place, people in Japan were traveling, eating out and going to movies. One film, “Demon Slayer: Mugen Train,” set a domestic box-office record, outpacing the former champion in a few short months. Government subsidies for travel lifted domestic tourism, although such travel may have also spread the virus.

At the same time, huge government stimulus efforts helped keep people in jobs and companies in business. Japan’s unemployment rate stood at just 2.9 percent by the end of December versus 2.1 percent at the same time the year before. Bankruptcies actually dropped 6.5 percent in 2020, according to Teikoku Databank, a credit research company.

In contrast to the economic damage, the country’s stock market is riding high, benefiting from monetary policies that have kept interest rates ultra low and pumped money into equities markets. On Monday morning, the Nikkei hit 30,000 for the first time since Japan’s economic bubble burst 30 years ago.

Still, the past two quarters of growth did not make up for the damage wreaked by the pandemic. The economy ended down 4.8 percent for the year, the first annual contraction since 2009, when the country was suffering from the fallout of the global financial crisis.

While people in Japan are not facing the same level of short-term economic peril as those in the United States, growth is expected to contract again in the first three months of this year.

After a steep rise in daily infection counts, Japan declared a second, albeit more limited, state of emergency at the beginning of January. Initially announced for one month, the edict was extended through early March partly in response to the appearance of new, more contagious variants of the coronavirus.

“Because of the emergency declaration, consumer spending, particularly on services, is going to fall” in the first three months of the year, said Akane Yamaguchi, an economist at the Daiwa Institute of Research.

Energy, information technology, infrastructure and space are some of the key fields of cooperation between China and Saudi Arabia that will yield huge … END_OF_DOCUMENT_TOKEN_TO_BE_REPLACED

The Pentagon has split a $9bn contract for cloud computing services among Google, Oracle, Amazon and Microsoft, one year after scrapping a previous … END_OF_DOCUMENT_TOKEN_TO_BE_REPLACED

(TNS) — Among all colleges and universities in Tennessee, only 45 percent of students who enter college ultimately get either an associate's degree … END_OF_DOCUMENT_TOKEN_TO_BE_REPLACED