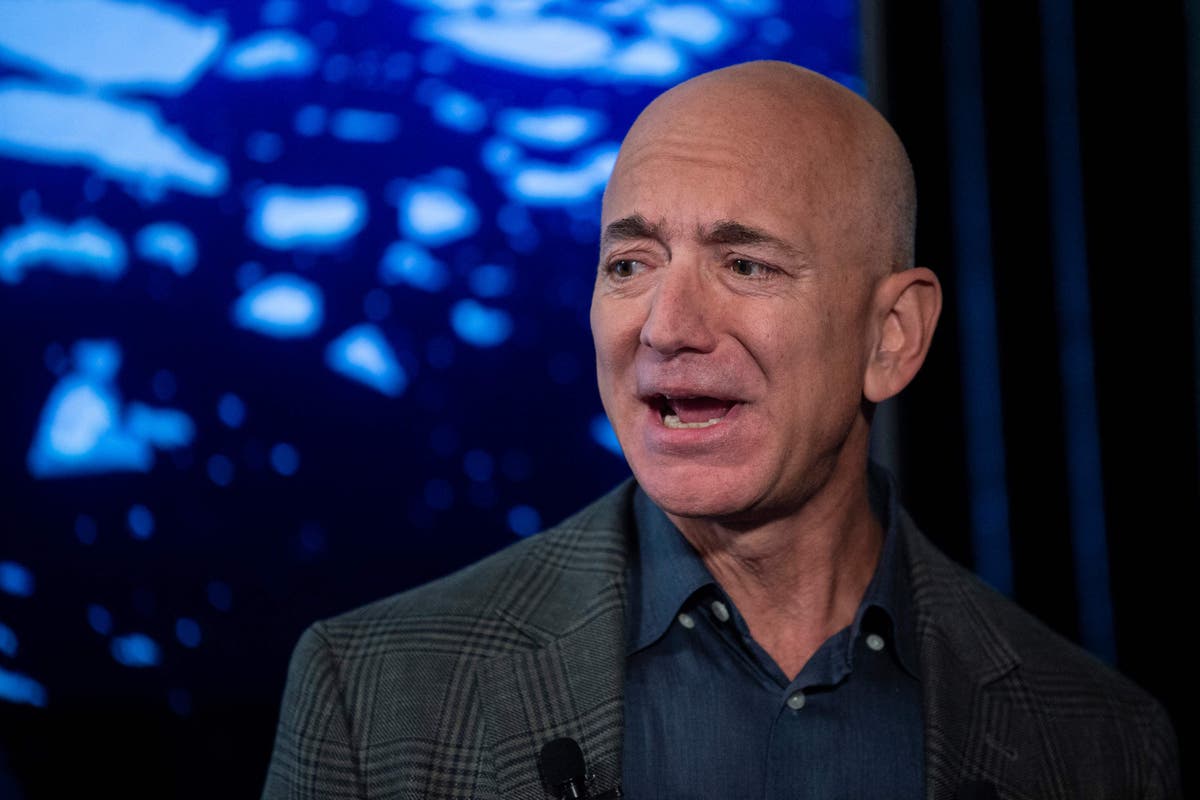 Amazon founder Jeff Bezos’s net worth reached a record $211bn (£152bn) as Amazon shares surged after the Pentagon canceled a cloud-computing contract with rival Microsoft, according to the Bloomberg Billionaires Index.

The US Department of Defense (DoD) announced it was cancelling the Joint Enterprise Defense Infrastructure (Jedi) contract on Tuesday.

“Due to evolving requirements, increased cloud conservancy, and industry advances, the Jedi cloud contract no longer meets its needs,” said a press release from the DoD.

The contract could eventually have been worth $10bn. The department said it would start afresh with a new project on which both Microsoft and Amazon can bid, as the two companies are the only ones that can meet the department’s requirements at the moment.

Amazon.com’s shares rose 4.7 per cent after the Pentagon announcement, according to Bloomberg.

The DoD awarded the Jedi contract to Microsoft in 2019, considered to be a huge setback for Amazon which filed a lawsuit challenging the decision.

Amazon claimed at the time that it did not win the contract because former president Donald Trump was an influence on the decision as a result of his antagonism towards Jeff Bezos, who stepped down as the company’s chief executive officer this week.

A report by the Pentagon’s inspector general published last year says there was no evidence the White House interfered in the contract award process. The report, however, noted that it received limited cooperation from the Trump administration and the matter could not be fully reviewed.

John Sherman, the Pentagon’s chief information officer has now said that the Jedi project will be replaced by a new programme called Joint Warfighter Cloud Capability. He said that while it’s likely both Amazon and Microsoft will be given parts of the business, nothing is guaranteed, the Associated Press reported.

“It’s clear the defence department trusts Microsoft and our technology, and we’re confident that we’ll continue to be successful as the DoD selects partners for new work,” Microsoft said in a statement.

It also said that the Pentagon decision “doesn’t change the fact that not once, but twice, after careful review by professional procurement staff, the DoD decided that Microsoft and our technology best met their needs”.

Meanwhile, Amazon Web Services said it agreed with the decision and the 2019 contract award was “not based on the merits of the proposals and instead was the result of outside influence that has no place in government procurement”.

[ad_1] Superconducting quantum computers are huge and incredibly finicky machines at this point. They need to be isolated from anything that might … END_OF_DOCUMENT_TOKEN_TO_BE_REPLACED