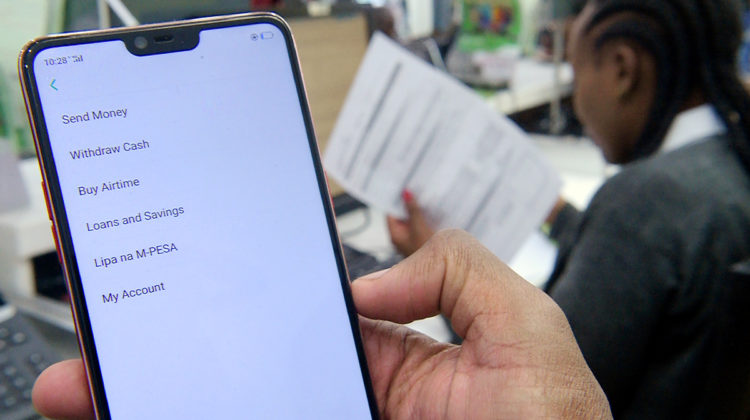 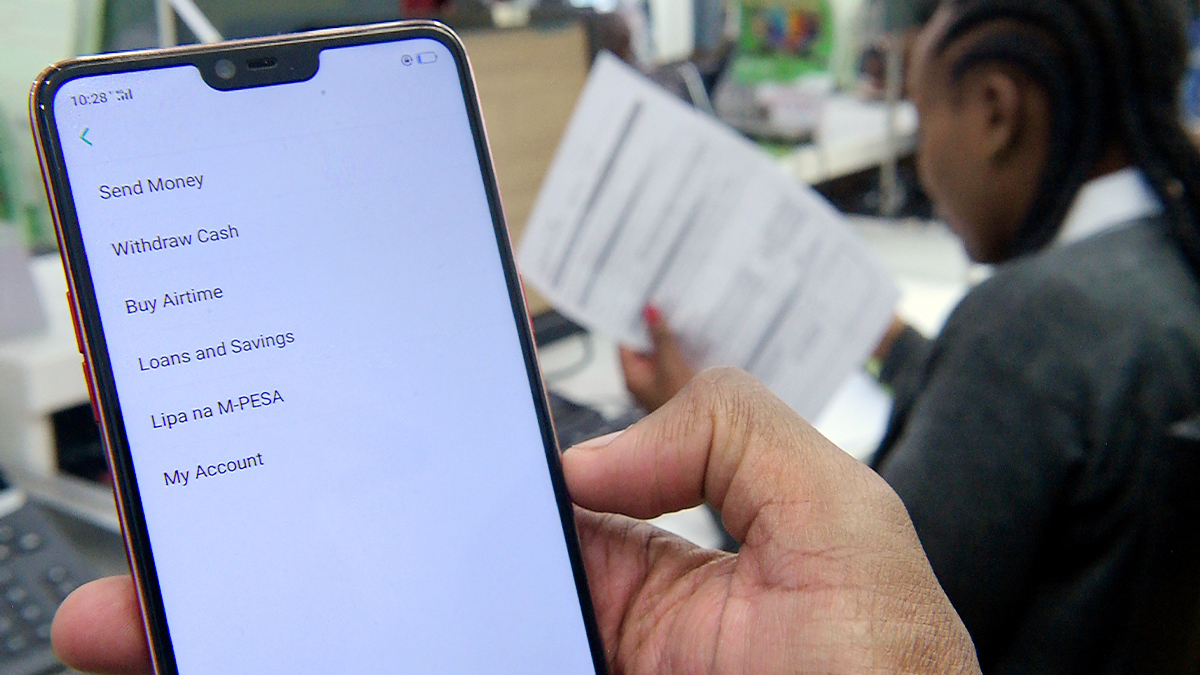 For over sixty years, the U.S. was the leading innovator of financial technology (or FinTech) in the world. Over the past decade, however, China has become the global leader: Powered by smartphones and social apps, China has used remote payments and the digitization of money management to build a steady vehicle of financial inclusion. But it may not be the leader for long. Recently, African countries such as Nigeria and Kenya have emerged as FinTech hotbeds, and are using inexpensive, accessible tech to mobilize consumers in ways never seen before. To stay competitive, U.S. banks and FinTech companies need to study the factors enabling these successes abroad — and figure out how they can keep pace.

Simply defined, FinTech is the application of technology and innovation to solve the needs of consumers and firms in the financial space — think credit cards, online banking, and blockchain-powered cryptocurrencies. While it’s arguably just the latest update to the millennia-old evolution of credit, contracts, and banking, FinTech was one of the most explosive fields of the past decade. Venture capitalists, traditional finance firms, governments, and even the average smartphone user each had a hand in the massive acceleration of its growth. Advancements like remote payments, app-based stock trades, and automated insurance claims became commonplace. The IMF cited estimates of over $50 billion invested in the field during the first half of the 2010s, with triple-digit year-over-year growth being the norm.

The development of modern FinTech stretches back further than a few decades, however. There are three major waves of innovation, each centered in a major region at a particular time. While the U.S. produced the first major wave of innovation in this sector, it has fallen behind as firms and consumers have reached the innovative doldrums of “good enough.” But by studying where FinTech has gone, and where it’s going, U.S. companies can still catch up.

The first wave of modern FinTech produced technologies that define how we use money today, and the bulk of that innovation happened in the U.S. The advent of contemporary credit in the U.S. via the Diners Club Card in the early 1950s was a major breakthrough: It represented a much more efficient means of payment that also doubled as a seamless way to extend new credit to consumers. Innovation continued in the 1960s, with the Bankograph for the City Bank of New York: an automated envelope deposit machine and the first prototypical ATM. U.S. leadership in the FinTech space, led by the banking sector and other traditional financial institutions, continued through the 1990s with the proliferation of the internet and the birth of online banking. While major banks still ran the show, these major stages of development were unified by a common theme: the expansion of banking and credit to the world outside of brick-and-mortar branches.

The second wave of modern FinTech, beginning in the 2000s and cresting now, came from Asia, and China in particular, which created a battery of widely-adopted innovations. With a massive population to whom physical banking had not previously been ubiquitous, the country’s strides came through smartphone apps. In 2018, China’s $25.5 billion FinTech market accounted for 46% of all FinTech investments globally, making it the largest such market in the world. WeChat and Alipay are such high-performing payment platforms that even rural vendors and laborers flash personalized QR codes. Tencent and Alibaba frequently launch large-scale investments that cut out traditional finance firms. Anything from wealth management (players such as Lufax dispatch their service entirely online) to credit scoring and provisioning (Bairong boasts 74,000 data labels on 800 million individuals to calculate their scores) have established strong footholds.

Now, though, the center of FinTech innovation seems to be shifting again, this time to Africa. United by mobile phone proliferation, and often in the absence of internet-capable phones, this wave is defined by its inclusive mobile banking services. Africa is host to 33 of the world’s 47 least developed countries by the U.N.’s categorization. Infrastructure for universal smartphone and Internet use, which took several decades to establish in the U.S. and China, is still in its early stages. Yet for FinTech, what would be a bane to other regions is instead a boon that could see it leapfrogging far ahead.

Unlike previous waves, which had relied on technologies at the forefront of their times, the African FinTech wave is being built on mobile phones, whose adoption in the continent accelerated around the turn of the millennium and are now pervasive. This launched a swell in economic growth: according to IMF estimates, four of the top five highest GDP growth rates in the world are in African countries benefitting from this boom. African countries that missed out on the older U.S. and Chinese FinTech waves’ outputs have already started to fly directly into hyper-efficient mobile infrastructure.

The definitive exemplar is Kenya. The country has seen skyrocketing mobile penetration rates, with subscriptions surpassing the total population amount by 12%, and FinTech innovations have followed. For example, the telecommunications giant Safaricom, which contributes 5% of the county’s GDP, led the push in 2007 with its M-Pesa money transfer service, which functions much like a limited mobile bank but without the need for an Internet connection. M-Pesa combines Safaricom’s mobile infrastructure with an agent model; Safaricom stores their balance and customers can go to one of 110,000 agents throughout the country to conduct transactions in person. The whole system runs on technology similar to text messaging, and has expanded to seven countries.

Equitel, a mobile virtual network operator competing with Safaricom’s M-Pesa, is pushing boundaries for financial inclusion even further by offering a full suite of banking services on mobile devices. Conceived equally through ingenuity and necessity, Equitel is a new type of hybrid firm: a telecommunications company born of a bank. Parent company Equity Bank collaborated with international telco Airtel to give users a product coming from two longstanding companies. It sent agents throughout the country, even to remote areas where other banks and telcos had not ventured, to demonstrate usage. Equitel grew to capture 22% of the mobile money market in just five years through this locally-focused strategy.

These companies have vastly expanded financial inclusion in the country. While financial inclusion in Kenya was at just 26% in 2006, today 83% of the population has access to at least basic financial services. Besides simply becoming exports, these innovations have become models for other African countries. Twenty-four countries have committed to a Digital Economy Blueprint following Kenya’s example. Results are spreading — the GSMA estimates that West Africa’s mobile penetration has doubled over the past decade, with mobile payments and banking driving development in its 15 member states. By the end of 2018, the region saw an increase of 23 million mobile money accounts from the previous year. Women, the rural poor, and the displaced are especially benefiting by the use of FinTech as their gateway toward empowerment.

What can the rest of the world learn from Kenya’s FinTech’s success stories? There are three actionable themes that companies should take note of.

First: successful companies live and die on bundled feature delivery. Equity Bank shot ahead of competitors, from 66th to 2nd, due to its one-stop shop appeal. That consumers prefer the lower search and implementation costs related to bundled services is not specific to the African market — in the U.S., over 50% of product searches start on Amazon, where 44% of all online purchases occur. The trend toward universal solutions extends as much to FinTech as it does to retail.

Second: finance is about trust. Traditional banks in the U.S. are keenly aware of this, but they consistently fail to transfer that trust into cutting-edge products. Young FinTech firms, on the other hand, offer all the agility but come without the decades of built-up trust. The breakout success of Kenya’s FinTech companies hinges, in great part, on their ability to combine trusted and emerging brands. Equitel, a hybrid firm, was able to flourish by borrowing consumer trust from the long-established brands Equity Bank and Airtel. Firms in the U.S. looking to learn from their example would do well to seek out company partnerships that would allow innovative services to run on known rails.

Third: look for technology enablers. These are subtle, but critically important, conditions or infrastructures that couple with a technology to enhance its likelihood for success. These enablers need not be recent innovations, but are often salvaged from dying or outdated models. For Amazon, its extensive use of intermediating warehouses, a method that itself was expected to taper out as direct shipping proliferated around internet purchases, acted as an enabler to their online platform. For African FinTech, Safaricom’s use of in-person and widely spread agents to kick start M-Pesa ended up being the product’s key multiplier. Those looking for enablers should consider what dormant or underused resources exist that can be paired alongside a given innovation to see it grow.

What U.S. Companies Need to Learn — and Fast

For the U.S., there are two challenges that the next great FinTech innovators will address.

The first is targeting financial literacy. According to Standard & Poor’s, only 57% of American adults are financially literate. Millennials, now between 25 and 40 years old, manage just 24%. While this generation is already used to having its money in a purely virtual space, it is not used to engaging with a band of financial products traditionally dispensed from brick-and-mortar institutions. In light of this, Kenyan companies offer useful examples; the upskilling provided by its innovators went on to have a neighbor-teaching-neighbor effect. Millennials are especially prone to viral trends, and thus financial literacy may spread rapidly if new FinTech companies choose influencers carefully.

The second is personalizing needs and delivery. What Americans want most is a solution set that matches their profile while not demanding background research. Like the Kenyans who initially sent money only to find that the offer for a savings account within the Equitel app matched their needs, Americans feel more comfortable with an all-in-one approach. Savings for marriage, childcare, and retirement, as well as bequest, insurance, and investment services should be streamlined together, with prompts of what products to consider and when.

These lessons would serve banks well, but non-traditional financial players have just as much of an opening to get involved in the U.S. As WeChat went from social network to money management service, and as Equity went from bank to mobile network, the lateral moves across industries that modern technologies allow should be explored by firms of all stripes. Partnerships between industries to launch joint products, rather than an everyone-does-everything approach, should also be examined; not with disdain at having to erode an existing brand, but with opportunism at identifying an untapped corner. While it seems traditional banks are in no danger of losing the lion’s share of the retail banking market for now, it is also clear that those who will thrive in the years to come will have closed the gap between crumbling brick-and-mortar and flashy tech.

The modern waves of FinTech, from the U.S. to China and now to Kenya, provide a framework for assessing who is ahead and who is behind in terms of fulfilling a population’s financial needs. What remains constant across peoples is a desire for access and a need for trust. Harnessing these tandem forces to solve consumer problems can propel less developed countries to surpass developed ones. Reimagining these forces, with lessons learned from budding leaders, will be vital for keeping up in the wave of innovation to come.

After ‘The Voice’ and BET, two Mississippians give one last concert before heading to L.A. Published 6:45 am Monday, January 30, 2023 … END_OF_DOCUMENT_TOKEN_TO_BE_REPLACED