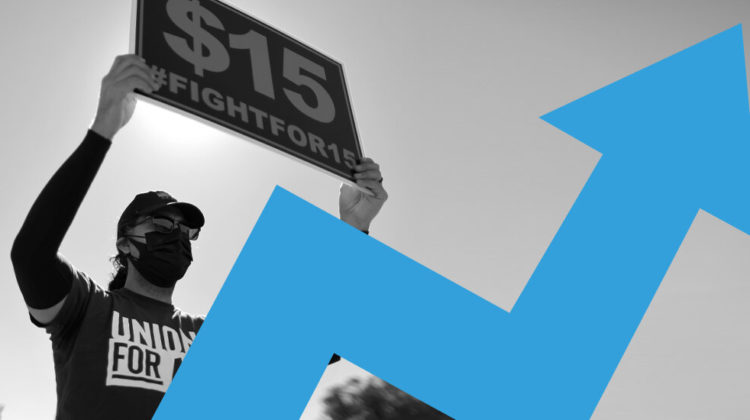 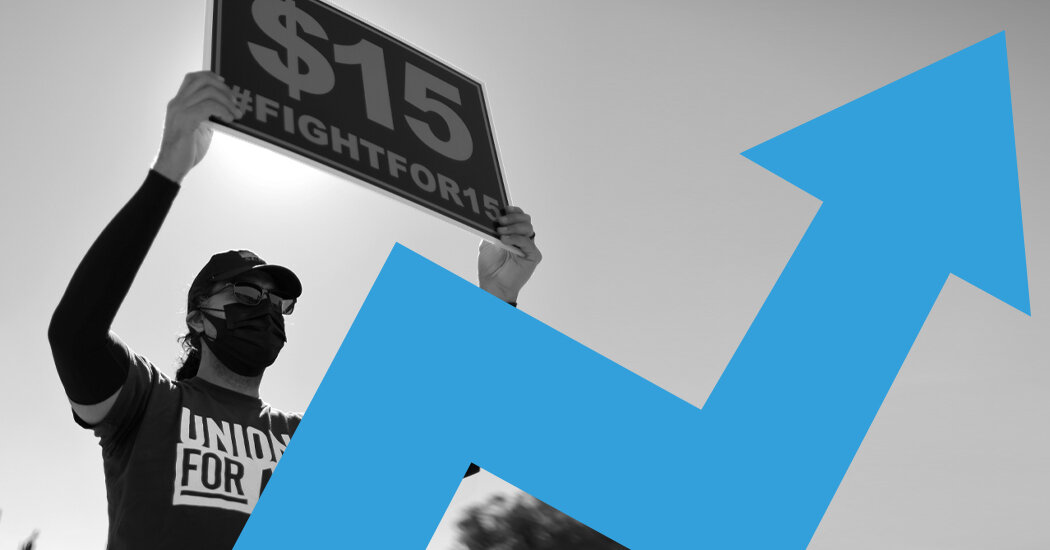 The DealBook newsletter delves into a single topic or theme every weekend, providing reporting and analysis that offers a better understanding of an important issue in the news. If you don’t already receive the daily newsletter, sign up here.

Walmart announced last month that it was raising pay for some of its lowest-wage workers. Investors responded by pummeling its shares, sending them down by more than 6 percent on the day.

That wasn’t quite as bad as in 2015, when the retailer’s stock dropped 10 percent after it said a wage increase would cut into profits.

Walmart wasn’t being extravagant. Half of Walmart’s hourly staff, or about 730,00 workers, still make less than $15 per hour after the latest increase went into effect last week. The retail giant made $13.5 billion in profit in its most recent fiscal year.

Chief executives have in recent years publicly pronounced their commitment to “stakeholder capitalism” and “doing well by doing good.” But when it comes to paying workers a wage that can support their families, investors send executives a clear message: increase pay at your peril.

This is a problem. Worker compensation as a percentage of our national output has declined for decades, and especially steeply since 2000. Low-wage workers at companies including Amazon, McDonald’s and Walmart rely on public assistance such as food stamps to make ends meet, according to an October report from the Government Accountability Office. A shocking 30 percent of Americans couldn’t easily come up with $400 on their own in an emergency, and women and people of color generally earn less than their peers.

But two new books highlight good ideas for how to more fairly allocate pay, some new and others fallen into disuse. They can maybe even help investors to accept that reallocation.

Set pay for positions, not people

Kim Scott is concerned about the way bias influences what workers are paid. In her new book, “Just Work,” Ms. Scott, a former Apple and Google executive, calls on managers to identify the gaps in pay between gender, racial and ethnic groups. “Unless you believe that white men are superior to others and that’s why they’re paid more, it’s impossible to believe that bias is not a factor,” she writes. American women, for example, make only about 85 percent of what men earn.

Ms. Scott’s recommendations are not common practices at most organizations, but they make sense. The first is to ensure that no individual has unilateral power over compensation. Companies should have fixed salaries or salary ranges for each role. Individuals hired for the same job should have similar, if not identical, offer letters. Job candidates can haggle over signing bonuses if needed, but even then only within a range that the company fixes and discloses.

Another strategy for more fairly allocating pay that Ms. Scott endorses is pay transparency, where companies publish the compensation for any given position. This is the practice at Buffer, a social-media tools company, for example, and also at many government agencies. “More companies are finding that the simplest way to address pay disparity is to take the mystery out of the process,” Ms. Scott writes.

Ms. Scott also calls on business leaders to look at the spread between executives’ compensation and that of their lowest-paid employees. Research shows that raising low-wage workers’ compensation is one of the most effective ways to narrow the persistent racial pay gap. “If you are in charge of compensation, you can pay people who get paid less more and people who get paid most less,” Ms. Scott writes. “I’m not talking communism; I’m talking common human decency.”

Some companies are thinking similarly. Costco recently raised its starting wage to $16 per hour, from $15. The retailer has long been a case study for how higher wages can be a good business strategy, reducing employee turnover and theft, and improving customer service. Best Buy and Target both raised minimum pay to $15 per hour last year. Amazon says it benefited from higher staff morale and retention, and a significant jump in job applications after it raised starting pay to $15 per hour for all U.S. employees in 2018.

PayPal in recent years began focusing on employee financial health, including a metric it calls net disposable income, or what staff have left after taxes and necessary living expenses. It raised salaries and the company’s health-insurance contributions for its lowest-paid workers, which resulted in higher employee satisfaction and retention.

Jake Rosenfeld takes on the myths about how companies grant compensation in “You’re Paid What You’re Worth.” One of the biggest myths is that what we’re paid reflects our performance, argues Mr. Rosenfeld, a professor of sociology at Washington University in St. Louis.

In theory, workers should be paid based on how much money a business generates thanks to their work, and for some rainmakers that may be clear. But that’s often not the case. Mr. Rosenfeld blames several structural factors for undermining the tie between the value workers contribute to their employer’s revenue and their compensation, including noncompete agreements, opacity around salaries and company performance and market concentration.

Beyond that, Mr. Rosenfeld makes the provocative contention that measuring most individual workers’ performance is fruitless. “For many jobs today, the whole effort to measure marginal productivity is misguided — not because the right tools haven’t been developed, but because there is no way to disentangle the productivity of one worker from that of others in the organization,” he writes.

He argues that even when it’s possible to tie individual performance to revenue, as with salespeople and lawyers, performance-based pay has deep flaws, such as generating cutthroat competition between colleagues.

If performance-based compensation is so problematic, what’s the alternative? One possibility is to link pay to the performance of the whole company. Profit-sharing programs, where companies give a percentage of earnings to employees, were common in the United States before the 1980s, but have mostly disappeared since.

Mr. Rosenfeld also suggests an approach unlikely to have fans among younger workers: pay based on seniority. It strips managers of their ability to play favorites, diminishes the impact of bias and rewards experience. “Seniority-based pay ensures we’re paid for our improvement,” Mr. Rosenfeld argues.

American political leaders have a role to play here. The $15 federal minimum wage proposal didn’t make it through as part of the recent stimulus legislation. But Democratic leaders have vowed to get it passed sooner or later. (President Biden has also committed to strengthening unions, whose decline since the 1980s has contributed to weakening workers’ leverage around compensation.)

A significant majority of American voters has historically supported raising the minimum wage to $15. And even that level falls short of providing workers with income sufficient to cover basic expenses in many parts of the country.

As Walmart was reminded very clearly, investors aren’t necessarily on the same page as the general public when it comes to better wages. That’s shortsighted. Researchers including Zeynep Ton, a professor at the M.I.T. Sloan School of Management, have shown that companies can be just as profitable when they pay higher wages, thanks to benefits such as better quality goods and services and lower staff turnover. Also, when workers struggle to make ends meet, it holds back the economy because they consume less.

On top of that, fair pay is a critical foundation for a fair society. Now is a good time for resetting assumptions about why we’re paid what we’re paid, and how compensation is determined. New approaches exist for those who are open to them.

What do you think? How can pay be awarded more equitably? And can it ever really be linked to performance? Let us know: dealbook@nytimes.com.

The School of Communication, Film and Media are making excellence awards more accessible for students starting this semester. Historically, The … END_OF_DOCUMENT_TOKEN_TO_BE_REPLACED

The City of Burlington announced Rachel Kelly as the Assistant City Manager for Administrative Services, according to a press release from the city of … END_OF_DOCUMENT_TOKEN_TO_BE_REPLACED