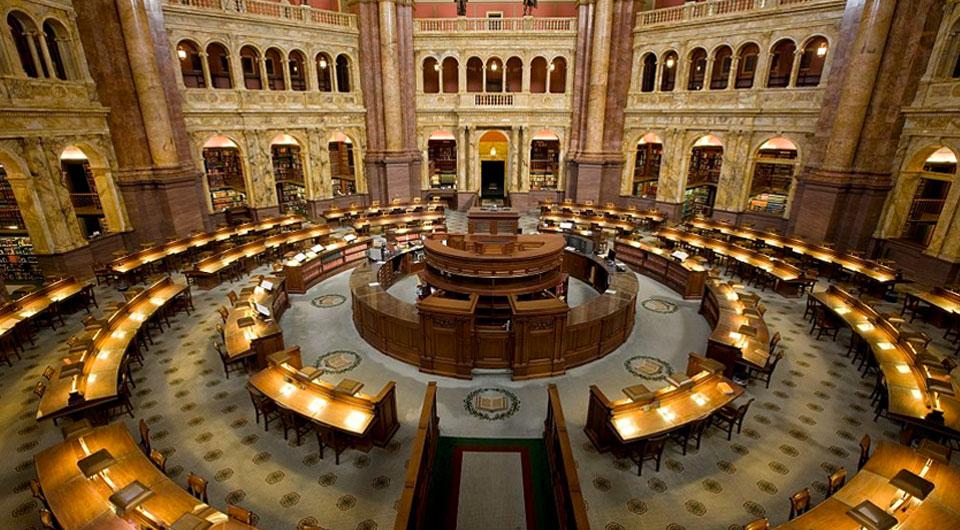 The Library of Congress has been on a long-term quest to digitize what it can, of its collection and find new ways to connect with the public online. Now its Digital Innovation Lab has a new chief. Nicki Saylor joined Federal Drive with Tom Temin .

Tom Temin: Ms. Saylor, good to have you on.

Nicole Saylor: It’s great to be here. Thank you.

Tom Temin: Let’s begin with what the Digital Innovation Lab does, and where it kind of fits into the general structure of the Library of Congress.

Nicole Saylor: So the Digital Innovation Lab, it’s a place that exists to encourage innovation with the library’s digital collections. And innovation writ large as well. The library has a digital strategy, and a lot of what labs does is to try to support that strategy through experimentation.

Tom Temin: All right, so what are some of the top projects the lab is working on right now that you’re going to start overseeing here?

Nicole Saylor: I’m about a month into the job, by the way, so I am brand new, but the one project that is going on right now is the Innovator in Residence program. And so we’ve had history of different people who receive residencies, and do amazing things with digital collection, you might have heard about Citizen DJ, that was a year ago, where Brian Foo did some really wonderful work with rights, free music and making it available for sampling. And so we’ve got another Innovator in Residence this year who’s doing out speculative annotation project, and that’ll be released here later this month, I believe.

Tom Temin: And speculative annotation is?

Nicole Saylor: Right. So what it is, it’s putting digitized materials into an interface where students and others can annotate it as a way of learning about history and engaging it in kind of a new and innovative way. So I don’t want to preempt anything for later. But it’s the latest of those experiments. But there’s all kinds of amazing things going on with cloud computing, and trying to really see if we can get researchers who want to work with big data, using that at scale, and that kind of thing. So there’s an amazing amount of things happening.

Tom Temin: A lot of that research and doing cloud computing then is predicated on the need to digitize more and more of the collection and give us a sense of the range of items that are in the collection. People think of books in a library, but the Library of Congress has probably every known medium of all mankind.

Nicole Saylor: Right. So we have an amazing amount of digitized materials that were made from analog, right. So digitize manuscripts and notebooks and things like that we have digitized reel to reels that are now audio files, but we have an amazing amount of born digital collections. So things that have never been analog that come in to us as digital. So it ranges from well every every format you can imagine. There’s wax cylinders, and there’s born digital.

Tom Temin: And with respect to those things that are digitized after having been analog, doesn’t that also increase the ability to learn about them and learn more about them? The thing that’s coming to my mind is the 100th anniversary of the birth of Earl Garner, one of the most amazing minds and pianists we’ve ever seen in the jazz world. When things are digitized, is it possible to delve into the structures and to what can be learned from them in a much more profound way than you could by just listening to the tapes or the LPs over and over again?

Nicole Saylor: Absolutely. Having something in digital form enables all sorts of ways of approaching materials that aren’t accessible in the analog world. And so yeah, you can look across the corpus of material using computers and learn some amazing things you can’t when you’re going one by one through materials. Yeah, so it gives you a lot more granularity and a lot more having the material right in front of you, anywhere in the world.

Tom Temin: But in general, what the lab is looking at, as part of the innovation is to bring in external innovators. This is not something simply of the lab itself then, is it?

Nicole Saylor: Well, so we operate in a few different directions, right. So we invite innovators to come in. We’ve also had a staff innovator in residence who has tackled some digital preservation issues that have been thorny and needed special attention. We foster a community of staff who learn from each other about coding and different things that help them innovate in their work and researchers beyond the innovators, but we engage all manner of people, working with the exhibits group and we’re working really across the library.

Tom Temin: We’re speaking with Nicole Saylor, she is the newly appointed chief of the Digital Innovation Lab at the Library of Congress. And tell us about yourself. Are you new to this job, also new to the library?

Nicole Saylor: Well, for the past eight and a half years, I was the director of the American Folklife Center Archives at the library. So I come from the collection side and my job there was to manage a team of people who acquired preserved, prepared and made accessible, the world’s largest ethnographic archives. So lots of fieldwork, lots of personal narratives and things like that the document folk culture.

Tom Temin: They used to have a whole big folk life event down on the National Mall for many years. I don’t know, whatever happened to that, but that was a lot of fun.

Nicole Saylor: Right. The Smithsonian that does that and we support that sometimes with them.

Tom Temin: Okay, well, maybe we’ll get that back sometime when people aren’t so afraid to go outside. And what are your plans? What would you like to see the Digital Innovation Lab move into as you kind of get your sea legs here?

Nicole Saylor: I think for me, what pleases me is that there’s so much good already happening. And I think that my job is to help boost the signal amplify the work that’s happening. And also, connect experimentation more deliberately to library decision making and make that more explicit. So the results of the experiments, how can they inform day to day priority setting and technology innovation at the library.

Tom Temin: And what’s it like to work in a congressional agency?

Nicole Saylor: Right, so we have projects underway that use AI, machine learning in particular, to be able to make more accessible the collections by using this technology and using this technology in conjunction with having human intervention as well. So what’s important, I think, for a cultural heritage institution like ours, is that we also are, we’re not just looking at the technical frameworks, but we’re looking at the ethical frameworks, right. What is appropriate and not appropriate to do with collection materials using this technology, which is incredibly powerful and amazing, but also has its challenges.

Tom Temin: Give us an example maybe of an ethical application of AI to something that might be found in the library’s digital collection.

Nicole Saylor: There’s a lot of ways to go. I think going slowly with this technology is really important. I think, not all materials need to be scoped into use for this. So we have, oral narratives, things that may be more culturally sensitive that don’t need to be computed on in mass and be used in ways that people never intended. So I think being really mindful of the curatorial choices for when we apply the technology is is one of the key factors.

Tom Temin: And by the way, are you looking at holographics as a way to present historical figures or performers and things that might be in the collection? I’ve seen that in other domains, and it’s a big project to do that. But is that something you’re thinking about?

Nicole Saylor: Well, this is a little outside of my lane, but I will say that I did see some technology last week or two weeks ago, on this very thing and thought, that’s amazing. I don’t know what the library’s plans are for such things. But yeah, that’s definitely out there.

Tom Temin: All right. Nicole Saylor is chief of the Digital Innovation Lab at the Library of Congress. Thanks so much for joining me.

[ad_1] Superconducting quantum computers are huge and incredibly finicky machines at this point. They need to be isolated from anything that might … END_OF_DOCUMENT_TOKEN_TO_BE_REPLACED