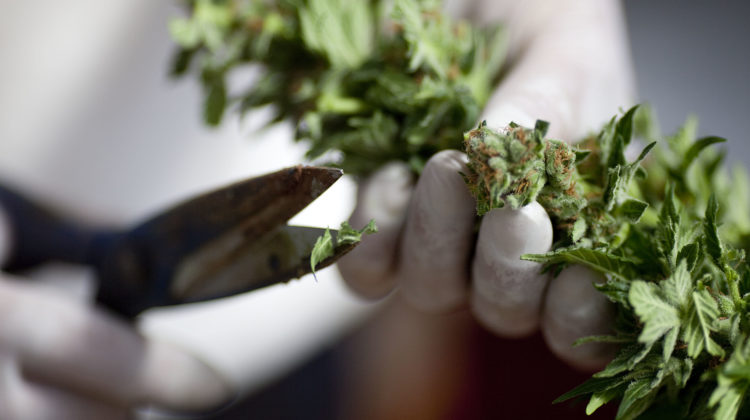 LONDON — British American Tobacco is looking at selling cannabis products as it seeks to find new sources of revenue beyond cigarettes and vaping.

Kingsley Wheaton, the company’s chief marketing officer, told CNBC’s “Squawk Box Europe” on Wednesday that CBD, or cannabidiol, is one of the consumer spaces that it has its eye on.

CBD is an active ingredient in cannabis that is derived from the hemp plant, which is a cousin of the marijuana plant. Its health benefits have been widely touted by manufacturers but scientists say more research needs to be done.

“We are indeed going to think about, and we are going beyond, just the tobacco and nicotine space,” said Wheaton, who added that CBD is an “exciting growth area for our business for the future.”

“It’s a very different regulatory landscape as you go around the world and many markets remain currently inaccessible for regulatory reasons,” said Wheaton.

BAT launched a CBD vaping product called Vuse in January that comes in mint, mango, and berry flavor, and it has two strengths — 50mg and 100mg.

The Vuse product is being sold through a pilot in Manchester. “It’s there now,” said Wheaton. “We’re testing and learning and understanding that.”

He added that the pandemic has allowed BAT to “more radically shake up” the way it does business and transform from a “tobacco company to a company which is more about technology.”

Email service Outlook appears to be suffering an outage, predominantly affecting users in the United States.According to data from DownDetector, … END_OF_DOCUMENT_TOKEN_TO_BE_REPLACED

Virtual reality accessibility has gone from strength to strength in recent years, with Oculus VR leading the pack thanks to its all-in-one, … END_OF_DOCUMENT_TOKEN_TO_BE_REPLACED

“Certification can be a tool in the toolbox, but don’t be limited by that,” Dr. Miller said. “It’s about choices, and travelers do have the … END_OF_DOCUMENT_TOKEN_TO_BE_REPLACED