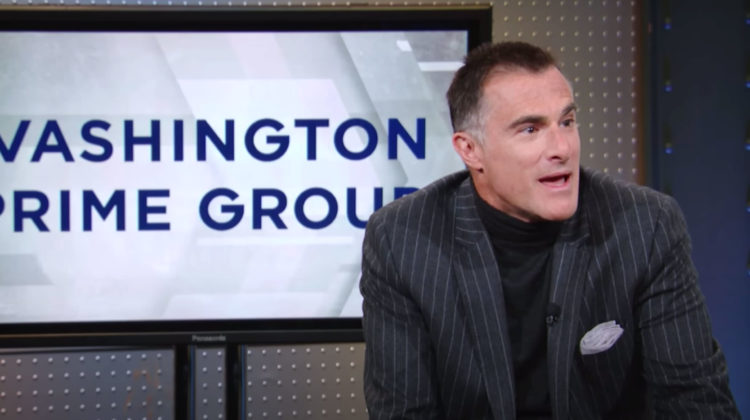 U.S. shopping mall owner Washington Prime Group is preparing to potentially file for Chapter 11 bankruptcy protection, with time running thin before the company defaults after it skipped an interest payment on its debt, Bloomberg reported Thursday.

Last month, Washington Prime missed a $23 million interest payment and said it would be entering a 30-day grace period to continue negotiations with lenders.

But those talks have since been faltering, Bloomberg reported, citing conversations with people familiar with the matter. Still, the plan to pursue bankruptcy could change, Bloomberg said, if Washington Prime is able to make progress with its lenders or if its grace period is extended.

A spokesperson for the company declined to comment on the report.

The real estate investment trust, based in Columbus, Ohio, was formed in May 2014 following a spinoff from the biggest U.S. mall owner, Simon Property Group. It went on to grow its portfolio of shopping malls when it acquired Glimcher Realty Trust, in January 2015.

Washington Prime currently operates about 100 malls across the country, a number of which are considered B- and C-rated, meaning they bring in fewer sales per square foot than an A-rated asset. Those properties have been under even more pressure during the Covid pandemic, with fewer people venturing out of the house to shop. When they do, they’re likely opting for open-air shopping centers over enclosed malls.

And with a number of retail, restaurant and entertainment tenants requesting rent relief or shuttering more locations, mall owners have struggled to meet their own obligations. That stress has already pushed some over the edge and into bankruptcy.

The best motherboards ensure that your PC and all its components are running at their optimal performance. So, whether you’re building a PC or need … END_OF_DOCUMENT_TOKEN_TO_BE_REPLACED

[The stream is slated to start at 11 a.m. ET. Please refresh the page if you do not see a player above at that time.]A Centers for Disease Control and … END_OF_DOCUMENT_TOKEN_TO_BE_REPLACED